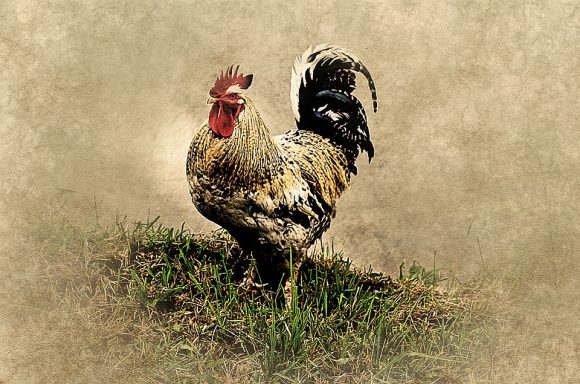 Coming of age doesn’t happen in one fell swoop. It happens in increments, small shifts in perception that eventually add up to a different―hopefully more mature―view of the world. Sometimes coming of age stories rely too heavily on one epiphany, leaving them unrealistic. But in the short story “The Cock in the Cadwalader Heights” from the Masters Review, Ariel Delgado Dixon uses subtle details throughout the narrative to show how eleven-year-old Madín is starting to view the world differently.

The story opens with the crow of a rooster. This rooster, which Madín has never seen, crows every day at noon. It’s an odd occurrence in Cadwalader Heights and Madín admits, “Though the phenomenon of the bird might have begun earlier, I only noticed it at the onset of that summer[.]” Here we get our first inkling that our narrator’s perceptions are fluid, changing.

The noise of the rooster captivates the narrator, makes her reminisce about an old horse that used to live two streets over. “By the time the rooster showed up, the horse was long gone, hauled off to somewhere―a placid farm retreat for city horses, I imagined,” Madín thinks, naively. It’s a tale often told to children―their sick animal was taken to live on a farm where they’ll miraculously recover. However, us adults know that horse is no longer among the living.

At eleven, it’s only natural that Madín has a childish blind spot for some of the more harsh aspects of life. But we’re also shown areas where this blind spot is fading away. The previous summer, when she was ten, Madín entertained herself by attempting to dig a tunnel to China in her backyard, an endeavor that left the lawn “pockmarked with three-foot-deep craters, as if massive ice-cream scoops had been taken from the earth.” But now that our narrator is eleven, the idea of a tunnel and digging holes has lost its shine. “‘They don’t go anywhere,'” she admits to her mother.

And it’s not just the childhood games that loose their luster; Madín’s image of Cadwalader Heights has also started to gray.  There are bars on the windows, bikes and patio furniture are being stolen right off of people’s property. Madín even stumbles upon a teenager trying to steal her mother’s car. She reflects on these changes: “Now that I was eleven, perhaps I had mind enough to notice things I hadn’t before. Or maybe circumstances in the neighborhood were actually worsening.” This is a profound thought for an eleven-year-old. But the beautiful thing about Dixon’s prose is that we only get a glimpse of these mature thoughts. Madín doesn’t dig any deeper it what this thought actually means because she is still a child; she is not old enough yet to notice her epiphanies.

But it is apparent that Madín has at least a feeling that her childhood won’t last forever. Maybe that’s why she holds onto the idea of the rooster with a fierce, wondrous grip. She goes on stakeouts in hopes of seeing the bird, does research at the library, even sets out “birdseed bait at the fenceline.” Those efforts don’t work, though, so she sneaks onto the neighboring property and is rewarded by seeing a small, stocky figuring carrying a bag of birdfeed: proof of life.

This figure―who turns out to be a woman with short curly hair, “slits for nostrils, bridge flattened by force”―approaches Madín the next day. The woman shakes Madín’s hand, holds onto it, and says, “‘Gotcha.'” The menace in this interaction is palpable, but Madín doesn’t read the situation as such. She’s more determined than ever to see the rooster. To her, this is all part of the spy game.

Madín wakes up at 3:00am the next morning and hears the murmur of voices next door. She sneaks out, spies through the neighbor’s window, and and sees a group of people standing in a circle. “At the circle’s center, two roosters flared at one another, a tangle of quills and webbed feet.” It’s a jarring image, seeing this rooster that has been built up throughout the story as an almost mythical creature now placed in a ring with metal barbs attached to its feet. This is where the narrator’s nuanced voice, Dixon’s carefully chosen details, showcase their power: the reader has been so wrapped up in Madín’s logic (at least this reader was) that we let ourselves believe this rooster was something magical, something great. So not only do we see Madín’s illusions being torn down, we feel our own hopefulness ripped out from under us as well.

One afternoon, the police break up the cock fighting ring. Men try to escape through Madín’s backyard, getting tripped up in the holes that she had dug the year before―a final example of the real world disrupting her childhood ideas. This show, witnessed by Madin’s family, is the last straw for her mother, who decides to move them all to the suburbs. In the end, the narrator wonders what wildlife noises she will hear in suburbia: “the clatter of birds diving from frozen branches, or a fox on his kill in the night.” This last image shows that while Madín hasn’t lost her eye for detail or her ability to see the magical in the mundane, her awareness has grown. She now knows beauty and danger can coexist.

Tags:Ariel Delgado Dixon, The Best Short Story I Read This Month, The Cock in Cadwalader Heights, The Masters Review