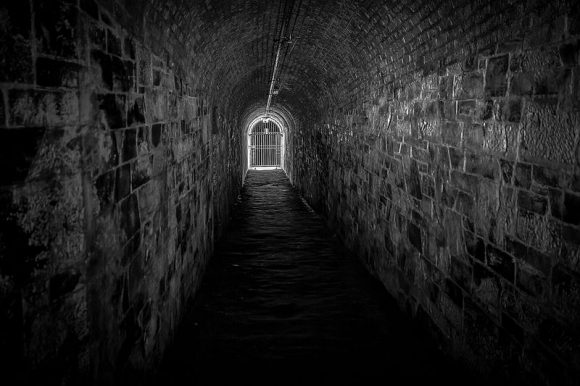 Returning from the brink of death with a new lease on life: it’s a common trope in fiction and nonfiction alike. These stories, where the character becomes mission-bound to live every day to its fullest, are easy for the reader to believe, as one hopes that coming so close to the dark unknown would carry with it some sort of positive impact. But what if it doesn’t? In the short story “The Kindest,” from Issue 65 of American Short Fiction, Sonya Larson explores what happens when someone doesn’t follow the typical uplifting, survivor narrative.

When we first meet Chuntao, she is reflecting on what it was like to be on her deathbed. “When I was dying, people were nicer to me.” She then goes on to describe how the nurses took care of her, washing her hair and changing her, how her family flew from all over the world to come see her. With flowers! It’s not the pain or discomfort or fear of death she remembers. She dwells on the happiness, and it sounds like she misses it.

But then, she tells us, a miracle happened. A stranger decided to donate one of their kidneys and it was a match for Chuntao. It’s after the surgery, when Chuntao is all alone in her room, that her mood turns sour. “And there was I: blinking fool, alone in my anger just like they always wanted.” When told through Chuntao’s voice, the details of living feel much more barren, scary, than the details surrounding death.

This discomfort continues once Chuntao gets home. She can’t stand the attention from her husband, Bao, who looks at her like she’s priceless. Or her family, who is constantly texting to “check” not “check in.” She feels everyone is expecting her to be grateful. But all Chuntao wants is a cigarette and a drink, relics from her old life, that, according to the doctors and her loved ones, must be left behind.

This all comes to a head when a letter arrives from Rose Rothario, the woman whose kidney is now living in Chuntao’s abdomen. Rose, the letter explains, decided to donate her kidney after watching a documentary about an “altruistic kidney donation.” Rose then goes on to write, “As I prepared to make this donation, I drew strength from knowing that my recipient would get a second chance at life. I withstood the pain by imagining and rejoicing in YOU.” In donating her kidney, Rose wanted to be the catalyst of this survivor narrative. And she wants to see the fruits of her labor, requesting a meeting with Chuntao.

Bao says they must agree to the meeting, that it’s the least they can do. Chuntao does not share Bao’s or Rose’s sentiments, saying, “I wanted to be sick, to hide under the table.” Instead of hiding, Chuntao heads off to find a gift for Rose, thinking that’s the right thing to do, but knowing there is no way she can repay Rose for what she has done. She buys a few pieces of costume jewelry, embarrassed, but unable to think of anything else.

The meeting starts out predictably awkward. Bao doing his best to be a hospitable by offering Ritz crackers and juice. When Chuntao takes a sip of her grape juice, Rose asks, “Is that wine?” The shock and appall carried in Rose’s words show that she is still attached to her kidney, she expects it to be taken care of, something that flusters Chuntao. Does she owe it to Rose to be a pillar of good health?

The pressure gets to Chuntao and she tells Rose that she isn’t looking for friendship. Rose breaks down in tears, admitting she thought things would be different. “It’s all just so much,” she says through her sobs. Her breakdown reveals that maybe it’s not the main character who changes in this story, maybe it’s Rose, who is being forced to reckon with her motivations and realize that maybe this “altruistic” donation wasn’t that selfless after all.

In the end, Rose requests her and Chuntao take a picture together. Having recovered from her earlier fit of crying, Rose hunts out the perfect place for the photo-op and decides on a zitan chair that previously belonged to Chuntao’s grandmother. Such a chair, an antique and family heirloom, is the one gift Chuntao could offer to Rose that might be able to scratch the surface of repayment. One could imagine Rose displaying it in her living room, using it as a centerpiece for conversation and an easy segue into the story of how she donated her kidney.

But the thought doesn’t cross Chuntao’s mind, and the chair remains with her, its rightful owner. It’s this non-action that is the real triumph of the story, because something has got to be admired about someone who returns from the brink of death unchanged, steadfast in their imperfections.