Home
»
Book Reviews
»
The Bigness of The World, The Wintry Chill of The Midwest 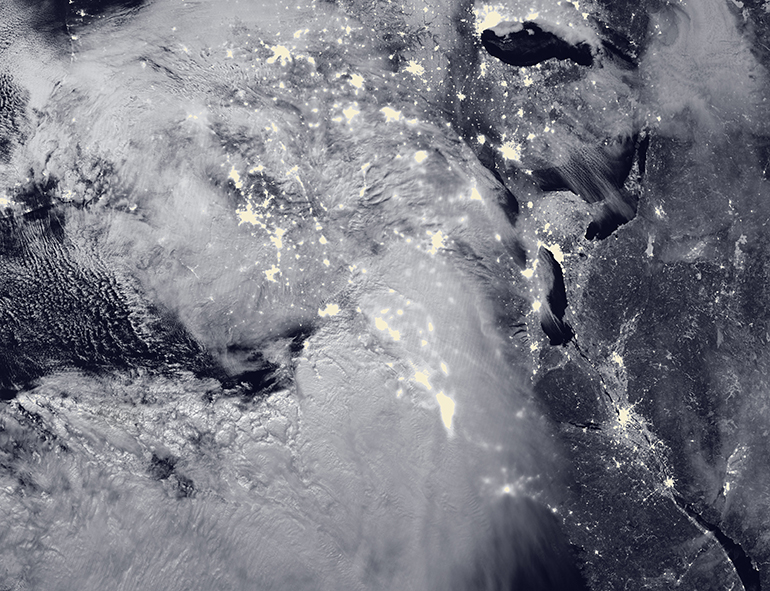 Lori Ostlund’s “The Bigness of The World,” a short story collection re-released in trade paperback in February 2016, was recipient of the Flannery O’Connor Award for Short Fiction, and if ever a prize-winning book could be argued to take after the prize’s namesake, then this is that book. A sort of cruelty-by-indifference characterizes the stories, which contain omissions and partings in which one person leaves abruptly and the other attempts to simply go on as if nothing is wrong.

These are characters who travel to foreign countries and break up with their partners, characters burdened by the unknowable nature of other humans, as in “The Children Beneath The Seat,” a story in which two women traveling in Morocco reflect upon their former lives as teachers and weekend church potluck goers living in Minnesota. They attend these potlucks—hosted by churches they do not belong to—ostensibly for the food but, we feel as the story progresses also out of an unacknowledged need to feel accepted somewhere. And they feel welcome enough until one of the churchgoers, a large woman, confronts them passive aggressively, calling their intentions into question. “Writing well, Bernadette heard herself telling her students monotonously, semester after semester, requires the ability to become your audience—knowing what they know, seeing as they see, feeling as they feel. She looked up at the big-boned woman, who sat regarding the two of them, potatoes growing cold in front of her, and she understood what terrifying and ridiculous advice she had been meting out all these years.”

How are we to interpret the behavior of others? And, in a more abstract sense, what is the nature of empathy? These questions are at the heart of the book, and indeed they seem to be questions that cut to the heart of what it means to live in the Midwest.  The book has a muted but bleak outlook on the world in general and on the intentions of people toward each other specifically. And many of the characters come from—have left—Minnesota, which one of Ostlund’s narrators calls “a land with so many lakes it feels compelled to brag about them on its license plates,” and another refers to as “a stultifyingly cold place offset by good manners.”  Coldness, or perhaps the simple withholding of a gesture of sympathy or solidarity, becomes a kind of mercy here.

In this and other stories in the book, Ostlund also adopts a device more typically seen in nonfiction: several of her stories are organized around repeating elements. One, for example, illuminates a family’s troubled relationships through conversations the narrator has with her father about fowl, while “And Down We Went” is organized around three incidents in which the narrator has been “defecated on” by birds, “literally crapped on, that is, for I am not the sort to go around characterizing any victimization I might feel in such vulgar metaphorical terms.” But if the narrator feels victimized by the birds in the story, she is more circumspect in characterizing her romantic relationship in those terms. The focal point of “And Down We Went” involves a couple’s breakup in Malaysia, the narrator reflects, “Only later did I begin to understand the way that a simple gesture of sympathy or solidarity, even, it seemed, one of a meteorological nature, could crumble one’s resolve far more quickly than adversity itself.”

There is a sort of taciturn refusal to rise to the challenge of confrontation that rings true to my own experience as a transplant to the area. These characters prefer to preserve the veneer of social calm while letting slow, deadly resentments simmer below the surface. These tendencies inform the characters’ behavior in the book, and tensions are further fueled by the fact that many of the characters have left home and country, and are living in Malaysia, Bali, Spain, and elsewhere. Working in a foreign place and generally sharing close, often rather squalorous living conditions with partners in romantic relationships whose best days are often already past, the element of being far from home adds another level of discomfort.

This isn’t to say that all of the stories are bleak: they’re not. And the writing is beautiful without being showy, like the landscape of the state of Minnesota itself.

But above the rest, the question of whether anyone else—even one’s closest family members and romantic partner—is ever truly knowable is the most haunting one the book asks, and time and again the characters answer it in the negative. “For, at each turn, the people we hold close elude us, living their other lives, the lives that we can never know,” the narrator of “And Down We Went” concludes.