Home
»
Critical Essays
»
The Immigrant, The Worker, and The Zealot in Ling Ma’s Severance 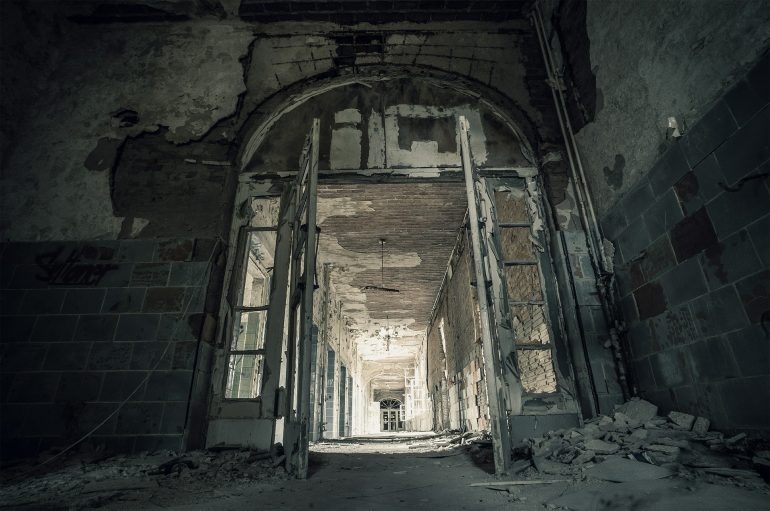 The story follows Candace Chen, a woman mourning her recently deceased mother. She’s stuck in a dead-end job working in project management for a company producing high-end Bibles and drifts through mid-aughts New York City aimlessly. Her job is a trap. When Candace tries to quit, her boss convinces her to stay: “You’re young,” he tells her. “You’re maybe under the impression that everyone gets to do what they want for a living.” Like any good cult leader, he knows what’s better for her than she does. There is no way out of the system of exchange and exploitation she’s caught in.

Soon after, Shen Fever, a plague that turns the afflicted into zombies that act out the mindless tasks of their waking life—data entry, folding clothes, doing the dishes—hits.

Shen Fever is, in part, a play on Yellow Fever and the West’s anti-Asian anxieties. The disease originates in China, and travels quickly along the same route of trade, labor, and capital that Candace’s employer uses. As the disease spreads, travel from East Asia to the US is banned, reflecting American anxieties about China’s growing power as an economic competitor, as well as the US’ racist fears about immigrants being bearers of foreign disease.

Hiding from the plague, Candace holes up in her office for as long as possible before ultimately joining up with a religious cult on its way to find sanctuary. Bob, the leader of the cult, uses the language of corporate officespeak when talking about the group: “‘How do you like it here so far, being with us, I mean? Do you think we’re the right fit for you?’ He asked this in all seriousness, as if I had any other choice.” This could be a conversation between an employee and her boss.

In the American narrative, money is always stuck to God. Capitalism’s winners are like holy men and wealth is holy. Candace’s job in Bible production is a perfect example of this blend of the divine and consumerism. As the number-one bestseller every year, we learn, “the Bible embodies the purest form of product packaging, the same content repackaged a million times over, in new combinations ad infinitum.”

The same, repetitive and endless cycle that defines the Bible production also shapes Candace’s life in New York. “I went to sleep. Then, I got up. I went to work in the morning. I went home in the evening. I repeated the routine.” This behavior mirrors that of the zombies afflicted by the plague. Their unconscious, repetitive rituals are disturbing, but also totally personal—they listen to their favorite songs, flip mindlessly through old books, play with childhood toys: “They were more nostalgic than we expected, their stuttering brains set to favor the heirloom china, set to arrange and rearrange their aunts’ and grandmothers’ jars of pickles and preserves.” The nostalgia of the “fevered” is an integral part of their sickness. For Ma, memory is a trap.

Candace’s mother—who passed away from early onset Alzheimer’s—falls into it. She struggles with life in America, and pleads with her husband to go home and return to her family in China. He refuses: “We are never going back, he said. And, in case she didn’t hear, he repeated it once more, louder this time: We are never going back.” It’s the same insistent refrain against the past, and into the future, that Candace and the cult follow out of New York. “The key thing, we reminded ourselves, was never to stop, to always keep going, even when the past called us back to a time and place we still leaned toward, still sang of, in quieter moments.”