Home
»
Critical Essays
»
The Lives of Others in Tales of Two Londons: Stories from a Fractured City 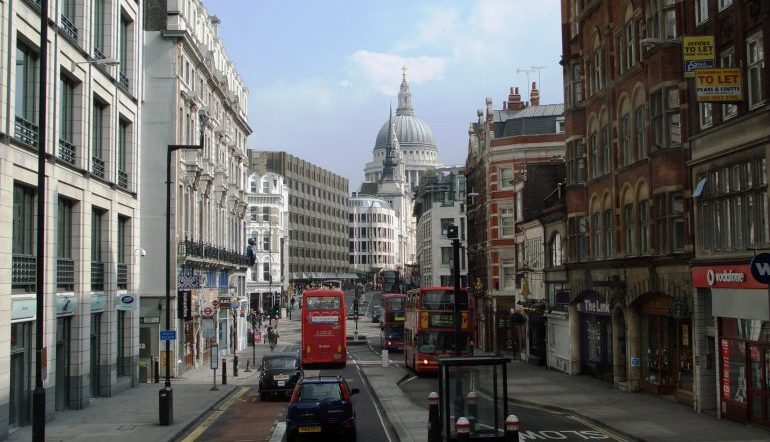 “The most dangerous thing a society can do is to deny a voice to the individuals that live in it,” writes Claire Armitstead in her introduction to the anthology Tales of Two Londons: Stories from a Fractured City, the third in an international series dedicated to investigating “the history, symptoms and consequences of inequality.” Described in this way, the project may sound to some readers like a subject better left to sociologists, but the scope of the collection reaches far beyond the academy to provide a humanistic map of a city, with its complex textures and layers of experience—in this case, reaching all the way back to Roman times—that together make up a sense of place.

Among London’s 8 million residents, Armitstead points out, more than one-third were not born in the UK. The anthology mirrors these percentages, featuring contributors from around the globe who now call London home, with all of the complexity that the word implies. Genres blend, with no distinctions offered in the table of contents, to include poetry, memoir, fiction, reportage, histories, and more. The experience of reading the collection strikes one as a walk through the city-as-text—where voices we have come to expect, Iain Sinclair’s for instance, saunter along in oblique conversation with twenty-something Afghan writer Ferdous Sadat’s.

The opening poem, “Walking the Fleet” by Ruth Padel, sets the tone. Fleet Street, running through the hyper-modern heart of the City, reminds us that once there was a river here, “feeding private homes / breweries      Saint Pancras Church      and tanning yards.” Today it flows as “a sludgy dream-stream” symbolic of the city’s past and mirrored in its inhabitants, then and now: “Memory is not only what you’ve lost / but knowing what you had      and you still do.”

From this crossroads of having, loss, and continuance, one direction leads by way of Syrian-born Omar Alfrouh’s “My House in Harra.” The poem follows the shape of a home as it changes from Harra to Harlesden, noting how “[t]he kabab used to mean we were together / Now it means we are apart.” The speaker of the poem marks memory through a desire to return to one’s homeland in death, although the legions who have parted from the world within the city have their stories to relate as well. David McKie’s “Down Cemetery Road” reminds readers that the so-called “magnificent seven” graveyards of London that we visit now have little in common with the very real problems involved in interment over the centuries, when urban graveyards had become so overcrowded that a nineteenth-century gravedigger complained to The Times that he was often “up to my knees in human flesh by jumping on the bodies” in order to make room for the next wave to be placed. Coffins were regularly disinterred and used for fuel, and the majority of Londoners by the middle of the nineteenth century were buried in unmarked pauper’s graves. Now, competition for space takes other forms as well—in the many small parks within the city filled with joggers or people exercising dogs and children, the walls are lined with layers of gravestones.

Among those with anything but death on their minds, in “New Sybaris,” Rowan Moore takes readers with him up the express elevator to the top of the Heron Tower’s rooftop bar to reveal a city reveling in the excess of the present. Expecting “more of a coke-and-hookers inferno in the sky,” he instead encounters “a peaceable round table of large-wristwatched young Africans and Arabs; elsewhere are seated Caucasian diners, who if loaded are discreetly so.” This is one of many places in the City that has altered the skyline of London so dramatically, where “the arts of distraction have reached an unprecedented level of sophistication. If a cataclysm were to hit now, future generations would marvel—as we might over Petronius’ descriptions of Roman excess—at our own time’s range and ingenuity of food, drink, art, design and performance, of spas, bars, shops and clubs.” Most of the ingenuity Moore describes is available to a fraction of the population and not always to the taste of the rest. And, as in most cities of comparable stature, the economic drivers of this change come from around the world.

Multiple essays in the book allude to the presence of foreign investment in the city’s real estate and infrastructure—from a Hong Kong developer’s purchase of the entire Greenwich Peninsula for nearly 800 million pounds, to the Emirates Air Line cable car crossing the Thames. In an essay that is not included in the collection, but that I wish were, Iain Sinclair provides a wonderfully raw critique of the infamous recent addition to Southbank, The Shard—or, as Sinclair calls it, “vanity in the form of architecture.” He continues, in his essay “Two Swimming Pools or, Shardenfreude,” “Desert stuff in the wrong place. Money laundering as applied art. Another unexplained oligarch’s museum of entropy for the riverbank. A giant dagger serving no real purpose: an exclamation point on the Google map of an abolished city once called London.” Sun reflections from its slanting glass sides do affront the pedestrian at a certain time of day, and its top can more often than not be seen thrusting over park walls or, in a perfectly postmodern moment, over the Tudor rooftops of the Queen’s House at the Tower of London. People purchase Shard addresses, Sinclair writes, just to have them and “never leave the safety of the suburbs. Others run their affairs from Shanghai or Malaysia or Estonia.” Or you can stay at the Hotel Shangri-La and swim in the highest pool in Europe. Or, for about 40 million pounds, set up in an apartment between the fiftieth and seventieth floors. A new Sybaris, indeed.

For those who can afford the luxury of pleasure neither as an end in itself nor as an exclusive source of identity and freedom, the city jostles memory, loss, and continuance into unanswered questions of culture—where, for instance, in Yomi Sode’s “Jonny Just Come,” the speaker muses,

Jonny has arrived, and when he returns to Nigeria,

he may be taunted as being black, but not African,

then he’ll find himself in a limbo. Jonny has arrived,

in this odd moment where being an African

in England is the ‘in thing’.

Ewa Winnicka writes about the brutal work that some among the largest immigrant group in the UK, the Poles, end up shouldering as they sort the city’s rubbish for a living. They contend with exploitative bosses, while acid from materials on the conveyer belts melts the rubber gloves of the workers within an hour. In another parallel world, illustrated in “The City as a Warzone,” Penny Woolcock and Stephen Griffith make visible the invisible turf wars among rival gangs that unfold each day, where “street robberies sporadically provide brief but meaningful encounters between our two cities but, much of the time, most of us float around in our own bubbles, blissfully unaware.”

What, then, is to be made of these myriad tales, some of them connected by geographical proximity and nothing more? Part of the effect is to render the familiar unfamiliar, as Jane Shilling writes in “A Good Place to Get Lost.” She opens with the observation that “to become lost in a strange city is a romantic and desirable thing. Without responsibilities other than to walk and watch, you wander invisibly through the streets collecting vignettes.” This, for London visitors and residents alike, is similar to reading the pages of this collection. She continues, “But to be lost in your own city, where you have lived for almost 40 years—the place that, after so long, you have almost learned to call home—is an affront, and it happens to me all the time.”

On an excursion to a market to buy fish, Shilling experiences this sense of being plunged into the unrecognizable until she finds that she has, in fact, somehow reached the market she was searching for. Apart from her original purpose in seeking out the place, she stops at a bric-a-brac stall and notices a box filled with miniature items made to look like a room in a house. She marvels over the objects in the space—clocks, brimming chests, pictures of mothers with their babies, tiny labels denoting wedding dates and names of people she will never know. She asks, “What became of them all? How did these enigmatic signifiers of memory come to be arranged with such meticulous care within the cramped confines of this wooden rectangle—every Thumbelina-sized object fraught with a meaning impossible to decode?” Her urge is to buy it, “to give its stories meaning and context once more,” before she concludes that this is not possible to do for the lives of others. Yet as readers and writers, it is a resonant way to describe what it is that we are attempting when we read and write. The voices in this collection, in myriad ways, attest to this desire that is always only partly fulfilled.