Home
»
Critical Essays
»
Home as Metonymy for Country in The Locust and the Bird: My Mother’s Story 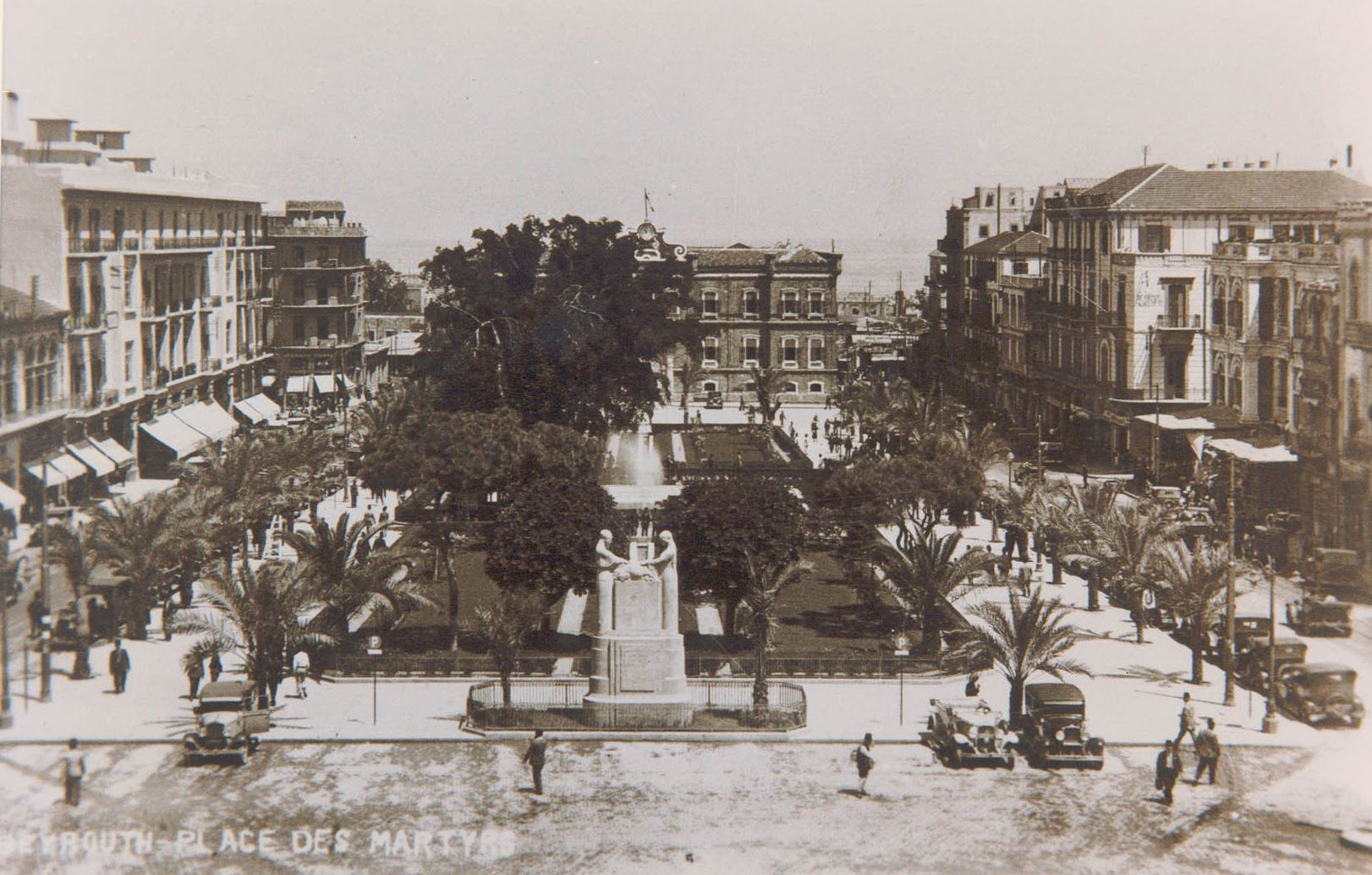 Hanan al-Shaykh’s The Locust and the Bird: My Mother’s Story, translated from the original Arabic by Roger Allen in 2009, centers on the author’s mother, Kamila, who, married off at a young age and the mother of many, tells her story of finding independence as a woman in the patriarchal society of Lebanon around the 1930s. Set in decades past, The Locust and the Bird remains relevant to women’s rights today: al-Shaykh skillfully uses her narrator’s struggle to draw upon larger sociopolitical issues, ultimately positioning women’s stories as a means of redefining the political and societal in terms of the personal, and insisting on the importance of reaching beyond presiding narratives.

Language in the novel is crucial to the exploration of these ideas. Bringing the social and political worlds, including war, into the home of her narrator, al-Shaykh establishes “home” as a metonymy for “country.” Language further exemplifies social and political struggles in the personal realm as colloquial Arabic clashes with formal Arabic—but this duality also unifies, creating harmony in the novel. And Kamila’s illiteracy, too, emphasizes the importance of overlooked perspectives—despite her inability to write her own tale, it is integral to Lebanese history.

Al-Shaykh condenses large social and political issues into the experiences of her narrator, depicting Kamila’s struggle for autonomy in her male-dominated family as a reflection of larger society in Beirut. Mirrored in the lives of women around her, Kamila’s avenue to a sliver of the self-governance experienced by men is one of deceit and trickery, which al-Shaykh later defines as resistance against injustice. When she moves with her family to Beirut, Kamila looks up to Fatme, a seamstress who defies all expectations of female docility while still operating in a stereotypically feminine profession. Fatme is “different from any woman [Kamila had] ever met,” due to the fact that she laughs like “the cry of the hyenas” without inhibition, smokes cigarettes constantly, drinks coffee that browns her teeth, and handles money casually. Kamila sees similar resistance from other women in her life, particularly her sister Manifa who tells her husband a lie: that she will take Kamila with her to go see her sister Raoufa, an accepted outing for two women, while they actually go to the cinema. Kamila interprets Manifa’s action as a ray of hope for herself, thinking that “maybe [she] wouldn’t burn in hellfire after all for telling lies. Even [her] sister, who prayed and fasted regularly, lied to her husband.” Here, women’s autonomy through deceit coexists with piety and husbands’ rules for their wives, revealing how women can do what they please as long as they maintain the image of the world held by their husbands and family.

Kamila applies this logic to her own life, stealing money from her forced husband, Abu-Hussein, to buy flowers and coffee for her mornings in secret. She makes a copy of his key to their provisions box so she can take what she wants without his permission, and tricks him into giving money to a friend for a false debt so that Kamila can use the money to buy nylon stockings. Similarly, she uses deceit to bring her “husband’s devout women cousins” to a nightclub by telling “everyone in the house that [they’d] been invited to the home of a woman from a very pious family.” She even goes so far in this episode as to steal from the family kitchen “some bread and meat, and warned the women to chew silently” so as to cover up the fact that they did not have dinner at a pious woman’s house. Perhaps the most significant trickery that Kamila engages in, however, is the many lies that allow her to have a four-year long affair with her true love, Muhammad. Years after this, when her “hot-headed nephew” attempts to assassinate a senior judge, she is the only family member who understands his “act against a perceived injustice,” as she has spent most of her own life acting against injustice by stealing and lying to her oppressive family. Once Kamila figures out how to navigate within her husband and family’s acceptable rules by telling lies, she is able to exist in both an oppressive male-dominated world and a world in which she has autonomy, reflecting women’s lives in greater 1930s Lebanon.

Beirut itself serves to separate parts of Kamila’s family as well as grant her self-worth and autonomy; the city defines her childhood and the separations that she needs to make in order to exist as a strong woman. Most significantly, in order to have a better life with Muhammad, Kamila has to give up the children she has had with Abu-Hussein, though she feels pangs of regret for the rest of her life for her choice to leave them behind in Beirut. Kamila’s multi-layered relationship to the city is further complicated by the series of roles that it, much like a complex character, takes in her life, each relating to some aspect of family or her identity as a woman. Beirut begins as a faraway place that will solve her immediate family’s financial problems in Nabatiyeh, her town in the south. Upon her arrival in Beirut, however, Kamila is quickly disillusioned when her mother becomes distant and cold towards her; Kamila is “sure that Mother no longer loved [her]” and even likens her newfound, emotionless mother to “a table or a chair.” Once Kamila begins to feel educated, however, she cheers up, and she is “seldom unhappy” in their new home, where she can listen to songs from neighbors’ radios through the window and begin “to understand them now, and their language was the language of books, unlike the crude words of the songs I’d learned from women and men in the fields of the south.”  This fascination with the promise of education that Beirut gives her extends into her relationship with Muhammad, a student who teaches her bits of formal Arabic.

Al-Shaykh also uses children to present “home” as a metonymy for “country.” Kamila’s world does not always have space for her children, especially when they are forced on her, which establishes her body and the way she builds her family home as a metonymy for the plight of women in oppressive, male-dominated Lebanese societies. When she is married to Abu-Hussein as a very young girl, her pregnancies and children are only a way for Kamila to finally attain what she wants—autonomy. For Kamila, “pregnancy meant [she] could sleep without fear,” eat and go out at her will, and “watch every single film that came on.” When her first daughter is born, “her arrival added to the power [Kamila had] gained while she was still in [her] womb,” and “Abu-Hussein began to respond to [her] requests,” the only time that he respects Kamila’s wishes throughout the novel. Though Kamila feels love for all her children, at such a young age, she compares her first child to “the soft toy [she’d] never hugged or played with,” and “managed to forget her presence in [Kamila’s] life.” When she finally obtains a divorce from Abu-Hussein, Kamila gives up her children without a fight in order to be free, a decision that one of her daughters by Abu-Hussein, Hanan, later views as necessary, because she “had to leave Father.”

In these ways, Kamila’s life can be seen as a metonymy for the greater struggle of women in 1930s Lebanon to find autonomy over both their bodies and lives in relation to the strict men in their families. This metonymy is complemented by depictions of war as a way to mark personal memories and a lack of political analysis of war, a choice that strengthens al-Shaykh’s redefinition of the political within the personal realm. The few and subtle portrayals within The Locust and the Bird of the Lebanese Civil War, which begins late in Kamila’s life, inspire self-reflection. When describing the start of the war, al-Shaykh refrains from labeling it as such and instead presents a summary of a commonly accepted event that marks its beginning: “the Christian Phalangist militia killed some Palestinian refugees on a bus.” In acknowledging the war without defining it in political terms, al-Shaykh focuses the reader’s understanding of the event on a personal experience and memory. Further, al-Shaykh notes that Kamila is “reminded of my years as the stone-bearing donkey,” the identity she gave herself as a young girl doing chores in her strict childhood home, after seeing a mule in the midst of Beirut in the war. She describes how the war replaced her life of freedom in Beirut to one of “standing in line at the bakery, at the street water tank, at the petrol station.” By emphasizing the effect that war has on everyday civilian lives rather than delving into analysis of the war itself, al-Shaykh exposes the existence of the political in the personal.

To further embed the political and social in the realm of the personal, al-Shaykh capitalizes on the tense relations between language dialects in Lebanon, though she also establishes the harmony that a melding of dialects can create. The Locust and the Bird shows the tension between spoken colloquial Arabic and written formal Arabic, or Fusha, used only for formal writing and speaking and thus only taught in schools. Kamila herself is illiterate and grapples with her lack of education, as she is married off at a young age instead of being sent to school. Throughout the novel, colloquial and formal Arabic clash, particularly in Kamila’s love for cinema and her relationship with Muhammad, who often corrects her misunderstandings in Fusha. When he dies, she is unable to sign her own name to inherit his land and draws a picture instead, shedding light on a society in which the choices that her male family members made early in her life prevent her from being able to decipher the legal world around her without a husband. Most of these strict men are oblivious to the clash between literacy and illiteracy, as shown when Abu-Hussein “pinned a notice to the front door: ‘No begging at this house,’” after Kamila was too generous to beggars. Kamila notes, however, that “the beggars couldn’t read or write, so the notice stayed up a day or two before Ibrahim ripped it down.” Kamila’s final act of telling her story to Hanan “in classical Arabic, as though she had memorized it over and over again” is thus a shocking and powerful blow to the inability of the men in her early life to stifle her. The classical Fusha validates her story as one of independence and autonomy gained; it allows her to exist beyond the choices that her family made for her life, and to escape the cage forced on her.

Kamila’s complex relationship with Beirut shapes her life and self-identity. Her family, which often attempts to control her life, plays a central role in the way that she chooses to navigate her world and live within her sometimes oppressive, sometimes rebellious society. Depictions of war, as well as the tensions and harmonies between language dialects, both written and spoken, serve to further root large, country-based issues in the everyday of Kamila’s experiences. Al-Shaykh beautifully uses Kamila’s stories and the way she builds her home to reflect large social and political struggles. Establishing the home as a metonymy for country and redefining the societal and political in terms of the personal, al-Shaykh and her mother’s story urge us to see the importance of overlooked narratives.

Tags:Hanan al-Shaykh, The Locust and the Bird