Home
»
Reading
»
The Resistance Will Also Be Literary 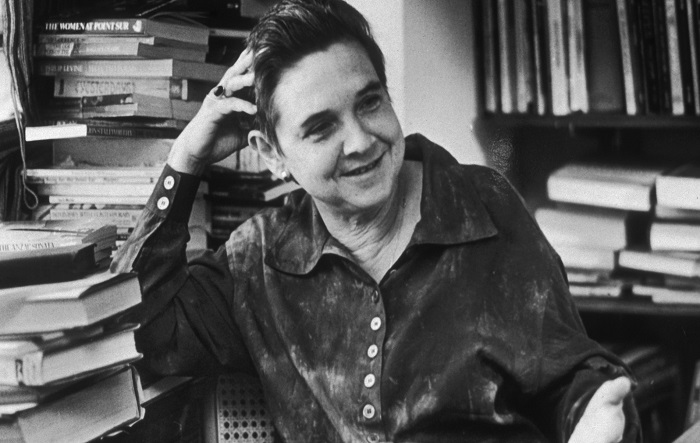 November has been a heavy month. The results of the U.S. elections came in; Leonard Cohen passed away; and on Sunday 13th, France commemorated the 1-year anniversary of the Paris attacks. It’s enough to create a sensation of terror, anger, and sorrow: something momentous has shifted in the air.

What transpired most in the communities to which I belong or with whom I’m close – feminist, queer, anti-racist and decolonial circles – is a simultaneous feeling of despair and determination. Despair because it seems history is bound to endlessly repeat itself, and that the system in which those not-so-surprising results are embedded will continue crushing the most vulnerable. Determination because, even though it’s exhausting to be fighting all the time for one’s right to exist, resistance is crucial.

And so are the arts, and literature, and creation in all its forms – especially now.

We’re told poets don’t run the world – politicians do, along with economists and scientists. (You know – the ones “actually doing something useful.”) But I beg to differ: policymakers may be creating the laws of our countries, but the ones who shape the way we apprehend the world are the artists and writers, the ones who tackle the possibilities of language and other forms of expression and communication in order to sound the depths of human thought and to give us ways to understand one another.

I was an awkward, bookish kid, and like the many awkward, bookish kids around the globe, I first understood the nuances of emotions and the contingencies of the world in books. Poetry and prose have always been the first place where I seek solace –a refuge both to weather the storm and to formulate a plan of action. A point of entry into the “real world.”

I’d already defended this view back in June, after the horror of the Orlando massacre left me devastated. Once again here, entire groups of people are quite literally under attack, except here, these attacks are quickly becoming normalized, reinforced by hollow calls for cooperation and unity. Dissension is being dismissed as unproductive. Yet it is absolutely necessary, insofar as not resisting the system would mean literal death for many of us. (For those fond of saying – but didn’t we survive Reagan? – I’d answer – a generation of queer people didn’t.) And there’s no better place to start dissenting than in the arts.

Literature has always been about questioning and subverting the status quo, even when it seems far away from the world of politics. Literature reveals reality to us in all its complexity, whether through stark, straightforward realism or through the detours of imaginary worlds: it provides us with the tools to understand the systems we’re caught in. Even though it can be, and quite often is, instrumentalized by the powers that be for their own propaganda purposes, the domain of the arts flourishes most when it means to celebrate and defend tooth and nail the freedom and resilience of human communities.

In a time where, under the cover of liberating public speech from the shackles of PC culture, priority will be given to a certain type of discourse that’s always had top billing in this society – a racist, sexist, homophobic discourse that seeks to obliterate whatever it considers to be abnormal – the arts are where counter-narratives can fight back, to illustrate the complex range of human experiences.

The more crowded the room is, the more voices are heard, the more difficult it is to impose one story as the universal and normative one.

So here’s an excerpt from my tentative reading list. It’s not meant to be a syllabus – that, you can find quite easily if you follow activists – more like recommendations of readings that have ceaselessly inspired me to keep both fighting and celebrating the beauty in this world.

I started getting angry and determined by reading Adrienne Rich – and everything by her, really – but the essay collection Blood, Bread, and Poetry, in particular, for all its shortcomings, was the one that helped me in my journey to unabashed queerness. I’ve also taken to reread Frida Kahlo’s letters and diary. Her indomitable spirit and her artistic mastery are often either relegated to the shadows in comparison to her husband, or trivialized and unrecognized for their political radicalness. But that woman was everything.

Chimamanda Ngozi Adichie’s Americanah and Toni Morrison’s Beloved have become staples in my list, partly because they center female experience to highlight its complexity, partly because they show just how deftly political literature can be. But even novels that do not seem quite political at first can be illuminating: The Year of the Death of Ricardo Reis, by José Saramago, for example – not his most political novel, far from it, but a wondrous meditation on identity and poetry in a politically suffocating time for Portugal. Or Open City, by Teju Cole: something in there eludes straightforward understanding, and leads the reader to reconsider how we interact with others, beyond the facile consumption of cosmopolitanism.

Avant-garde works obviously, too, precisely because they are hostile to straightforward political narratives – I’m thinking notably of Dictee, by Theresa Hak Kyung Cha: this may be one of the most avant-garde works of the 20th-century, light-years beyond of the Dadaist and LANGUAGE movements, but the difficulty of the read is well worth it. Cathy Park Hong’s poetry is also avant-garde, but more conceptual than abstract, and it matches incisive political commentary with linguistic virtuosity, similar to Claudia Rankine’s oeuvre.

And I’d be remiss to talk about poetry without mentioning Prelude to Bruise, by Saeed Jones. As the Buzzfeed executive editor for culture, helming the Emerging Writers Fellowship, and one of our best contemporary poets, he’s bridging the gap between literature and activism. His debut collection is the kind that makes you believe again in sheer beauty.

And to finish, LOOK, by Solmaz Sharif. This will change you. This is what our wars do.