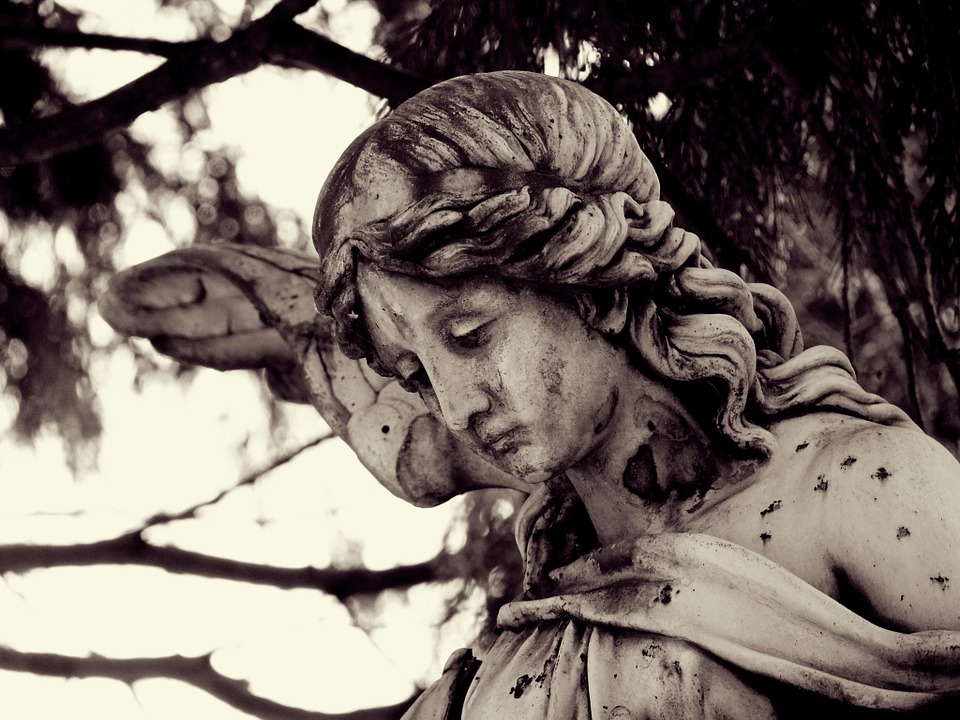 Despite the foothold grief retains in our lives at large, its portrayals in our art are often one-size-fits-all. It isn’t simply a question of what is appropriate to grieve—the world provides no shortage of reasons for that—but whether on the television, over Facebook, or, most perplexingly, within literary fiction, we put parameters on not only who’s allowed to mourn, but exactly how they do so. The expression’s deemed equal until it isn’t anymore. For some parties, it’s significantly more equal than others.

There’s a moment in Patricia Engels’ second novel, The Veins of the Ocean, where the protagonist finally approaches her mother about her brother’s suicide: following the death of Carlito, a man on death row for tossing his girlfriend’s baby from a bridge, Reina finds herself ready to abandon Miami. She’d been waiting for him, waiting despite the probable outcome, and now the outcome has arrived. She’s ready to move on. After broaching the subject with her mother, who’s responded to the loss by marrying herself off, Reina embraces the feelings that consume her immediately afterwards:

I want to be forgotten

I want it to feel as if I’ve never existed

I want to be a stranger. Rootless

Reina grieves. She works her way through the process. And if seeing her thoughts feels unnatural to the reader, it’s probably because they are seldom seen: fully developed grief through the guise of a person of color is something like a phenomenon in American literary fiction. It’s a narrative that readers are seldom allowed. And this isn’t to say that these characters aren’t visited by death (they are, often); or that, following their respective maladies, they aren’t allowed some outpouring of emotion (which isn’t true either). But what’s rare is the author that allows them the interiority, and insularity, that accompanies the entirety of the grieving process, a process that paints one fully as a human being. Because uncensored grief belongs to no one—until it doesn’t anymore.Grief in and of itself is one of literature’s most culpable instigators: in the 13th century, over the course of twenty years, Dante penned his Divine Comedy mourning the Florence from which he’d been exiled. C.S. Lewis originally published his A Grief Observed under a pseudonym, a text consisting of several notebooks he compiled after the death of his wife. And Joan Didion’s The Year of Magical Thinking, in which she details the months after the death of her husband, remains the gold standard for prose on mourning, if such a thing can be reliably administered.

Writing for the New Yorker, Megan O’ Rourke notes that “grief and mourning don’t follow a checklist; they’re complicated and untidy processes, less like a progression of stages and more like an ongoing process—sometimes one that never fully ends”. But even still, it would seem that grief is relegated. If not to a checklist, then certainly an established criterion within the public eye. Before they can be accepted as long-lasting and legitimate, the griever must fit a number of requirements: one can grieve for the victim of a crime, but absolutely not for the perpetrator or their family. When it concerns a part of the world already overburdened with grief, said grief can be acknowledged, briefly—but not for too long. When broadcast en masse, grief must wear a polite face for the camera. It must speak eloquently into the microphone. Grief must be well-dressed. Grief must be punctual. And, when the clock has elapsed, grief must subside.

Minorities in contemporary literary fiction are seldom given license to complete the process. It’s interesting that, for an emotion as old as the words on paper themselves, and in a time when there have been many reasons for to grieve, people of color in literature have been given so few opportunities to do so. And when the griever, or the author, does acknowledge this discrepancy, they are ostracized, notified that the clock on their tragedy has all but expired.

But when it is allowed to develop, as in the death of death of Sethe’s daughter in Toni Morrison’s Beloved, or Yunior’s loss of his brother to cancer in Junot Diaz’ This is How You Lose Her, or Francisco Goldman’s remembrance of the protagonist’s wife in Say Her Name, it is remarkable in not just its quality, but also in the sheer audacity. The authors have allowed their characters to be. They have given their characters, these people, the benefit of the doubt.

The Veins of the Ocean is Engel’s third work. Much like its predecessors (Vida and It’s Not Love, It’s Just Paris), the novel is delivered from the perspective of a young(ish) Colombiana making her way through the world. Reina lives in Miami, a little aimlessly, and mainly for her brother—she’s holding out for the off-chance that his sentence is reduced. But Reina, for all of her jadedness (as a woman who, when asked why she doesn’t keep a regular boyfriend, compares herself to a Magic City blackjack dealer) carries a cautious optimism as she navigates a world that has given her few reasons to cultivate any positivity at all. She is hopeful, despite everything. She keeps her head up through the muck.  She is, as she states, “her only witness”.

It’s a smooth inversion on the usual arc of the hero who leaves in order to be found: Reina is, in her wandering, not looking for any particular sort of answer. But Engel makes it clear that any conclusions Reina comes to will only be elucidated through the grieving itself. Just before abandoning Miami, Reina notes that “people have this idea that it’s hard to start a new life but it’s actually pretty easy”.  But Reina’s travels pull her from the Keys to Miami to Cartagena to Havana and back, and if, at the end of it all, she’s still ready to call that seamless, then she has surely transcended the scale of what anyone else should have to endure.

And yet, despite the odds, Reina hopes for the best. Her circumstances are hardly taken as an excuse to not to try. And it is a discrepancy Engel seems to be fully aware of, in a remembered conversation between Reina and her mother:

“Don’t worry, mi’jita,” she told me, caressing my face with her slim hand. “It’s to a woman’s advantage to pass through life desaperbicida. Better to be underestimated.”

“Because it’s only in pretending to be cross-eyed that a woman is able to see double.”

I think it’s safe to say that, had Reina’s struggles been delivered from the pen of more than one author, she would be blindsided and broken by her brother’s death. Her loss would be anecdotal at best. She might be a cautionary tale, or some sort of redemption narrative, and, in either case, absent of the nuance that fills her character.

But Reina grieves for her brother. She grieves for her country. She grieves for her mother, seemingly despite herself, and for the freedom of the caged animals she works with at a dolphin shelter lining the coast; and while a lesser writer might be tempted to construe this longing into its near-cousin, pity, Engel’s transcends this pitfall by embracing the emotion. It is a part of Reina’s journey—it is a part of everyone’s journey. True to life, none of them knows their exact destination. But for each of them, it’s a solid thing. A real thing. It sits in the reader’s gut. And, ultimately, The Veins of the Ocean feels less like of a story about grief, than one woman’s growth within the grief itself.

But as Reina discovers, there is no fixing loss. It must be ridden out, given what it needs to develop. And while she may never find exactly what it is she’s looking for, her decision to continue searching is transcendence in itself. Engel understands that this is the most that her characters—that anyone—can reasonably ask for. It’s a lesson that is well worth taking to heart. And, in her grieving, Engel has largely written a book about the other side of the grief, the one thing that warrants the pain in the end: love.

Tags:grief, mourning, Patricia Engels, The Veins of the Ocean