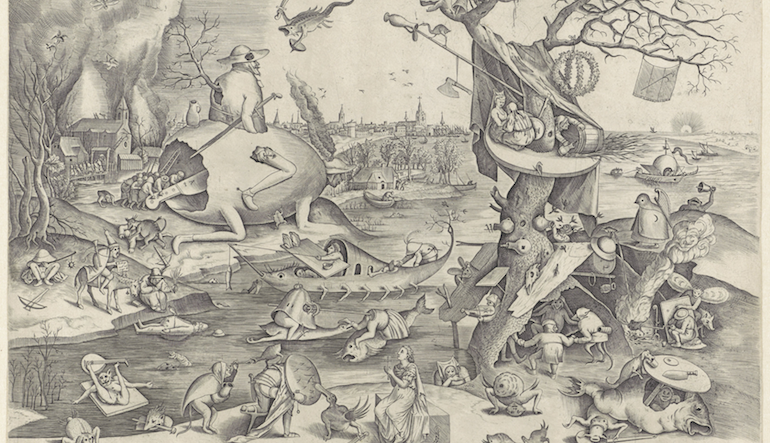 By nature an impatient person, I have found that the two states I’ve always wanted most for my life—writerhood and motherhood—can demand more than I comfortably have in reserve. My children take my patience small handful by small handful. Writing takes it too: the waiting for the writing to make its way in the world, of course, but also the act itself. It has never seemed like a coincidence to me that right around the time I accepted that my writing career was not going to unfold according to any kind of pace I could plan for ahead of time, I got better at the actual writing. The patience I was learning was helping my fiction, because fiction has to exercise patience in order to work its effects on the reader. A kind of focused attending, a burrowing-in.

In Chekhov’s short story “The Kiss,” this patient attention is directed toward an entire plot of developments that in life we’d be very likely to overlook. Not too much actually happens in “The Kiss”: our shy protagonist is accidentally and very briefly kissed in a dark room by a woman whose identity neither he nor we ever learn, then fails to follow up in any meaningful way. But this is also the story of a whole life, a whole way of being in the world. The story creates and bestows on us the patient focus necessary to uncover the drama here—the understanding that in this tiny event and its aftermath lie a great awakening and then death of hope. Here are the aftereffects of the kiss on Ryabovich:

His neck, round which soft, fragrant arms had so lately been clasped, seemed to him to be anointed with oil; on his left cheek near his mustache where the unknown had kissed him there was a faint chilly tingling sensation as from peppermint drops, and the more he rubbed the place the more distinct was the chilly sensation; all of him, from head to foot, was full of a strange new feeling which grew stronger and stronger . . .

Ryabovich has been made new, but his newness wouldn’t be real to us if it weren’t rendered so precisely and incrementally. A lazier, hastier story might tell us that he tingled, that he felt “anointed,” and we might lazily, hastily read this and flip the page, looking for the next event. But Chekhov locates Ryabovich’s newness in particular patches of his skin: it’s his neck that feels anointed, the small corner of his left cheek—the tiny territory the mystery-woman kissed—that tingles. Our own necks and left cheeks become involved when we read this passage, I think, and once we’re inhabiting Ryabovich in this way, we understand that this, what we’re experiencing, is the only drama that matters in his life.

Narrative patience in “The Kiss” makes us linger where otherwise we might skip over, delve into what otherwise we might fail to notice, but it surfaces too in even the swiftest of stories. Aimee Bender’s “Death Watch” (from her collection Willful Creatures) is only six-and-a-half pages, and much of its power comes from the way it hurtles toward the end promised in that title and in its first two lines: “Ten men go to ten doctors. All the doctors tell all the men that they only have two weeks left to live.” This is not a story with a lot of space for lingering. And yet I think even here patience—an insistence on particularizing attention—is critical to the way the story affects us. Take what follows those first two lines:

Five men cry. Three men rage. One man smiles. The last man is silent, meditative. Okay, he says. He has no reaction. The raging men, upon meeting in the lobby, don’t know what to do with the man of no reaction. They fall upon him and kill him with their bare hands. The doctor comes out of his office and apologizes, to the dead man.

The ten men are not just a literary gesture: they are individual people, with individual reactions, nonsensical and brutal. Good fiction never leaves a bold premise a mere premise, but pulls it patiently through into the human. This story makes us notice the way news lands differently in different places. We know these men only through their responses to impending death—the crying, the raging, the smiling, the tearing-apart, the absurd yet somehow believable apology—but somehow we know them thoroughly. As they move through the time allotted to them (it will turn out the doctors were wrong in some cases, right in others), the story continues to insist on pauses full of relentlessly clear seeing. Here’s what happens to one of the raging men, for instance:

Another, though not a mistake, still drums that field with his fists. The very energy it takes should drain him dry, but no. He is happily drumming. He drums for weeks and sits up and isn’t yet dead. It takes him six months, which he uses to make some angry paintings that are beloved by people in galleries who are unaware that they themselves are angry at all.

There’s something so rich and wonderful about that, I think—both the account of this one man’s use of the time in which he “isn’t yet dead” (all any of us have, after all), and the account of what it is art does for the people who experience it, the way it fills needs they didn’t recognize they had. This story may be in some ways a race through to the end (with a capital E), but it’s not going to let us get away with failing to look around to notice what the race is revealing.

The unfolding of every good story, I think, requires patience: a kind of carefully sifted attention. Taking the trouble to see clearly and then render clearly, and insisting that the reader stop to do the work of seeing and understanding too. And of course it takes patience to learn how to put that patience in. It’s something I’m still learning; I always will be. The best stories teach me again and again both what hard work patience is (as a reader and writer and most importantly as a person) and why it’s worth trying, over and over, to do that work.