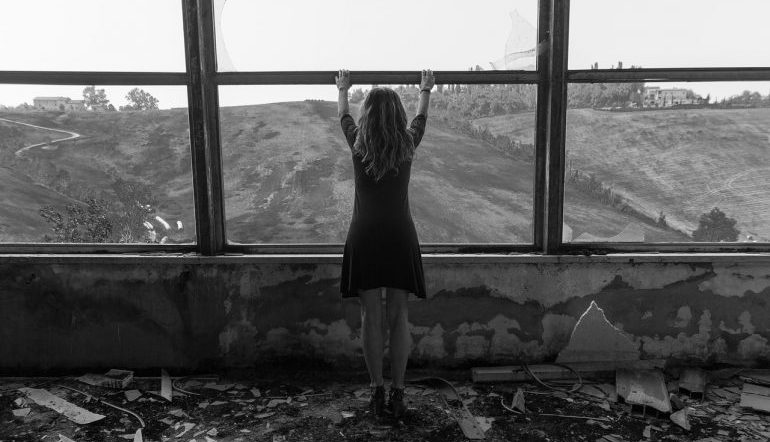 The first time I read Gina Berriault’s story “The Infinite Passion of Expectation,” I experienced it as an inundation. The plot is strange but simple: a young waitress goes on frequent walks with an eccentric, aging psychologist, who eventually asks her to marry him—she’s unsure. The psychologist lives an unconventional life; he shares his house with friends, a woman and her son, who will inherit “his estate.” The woman and her son, going out of town for a week, ask the waitress to stay with the psychologist and look after him. The story gains momentum in the waitress’s moments of introspection and self-discovery. The effect of inundation comes not from the turns of plot but from the language of the story, which obscures narrative clarity in order to reveal deeper meaning. My first time reading the story I experienced this quality as lurching, dislocating; as I re-read, however, apparently obfuscating language became clearer, revealing a story that subverts conventional narrative expectations and comments on the exhilarating, unpredictable, and elusive quality of expectation itself.

The sentences in this story are always expanding, beginning in one image and then reaching outward. When describing the psychologist on a particular walk, Berriault writes: “His sturdy hiking boots came down flatly on the firm sand, the same way they came down on the trails of the mountain that he climbed, staff in hand, every Sunday.” Rather than digging into the present moment, Berriault begins with a specific observation in the present and then goes on to show the reader a sweeping view of the man’s life. Berriault characterizes the young waitress in a similarly rambling and expansive way:

Since she always looked downward in her own surroundings, avoiding the scene that might be all there was to her future, she could not look upward in his surroundings, resisting its dazzling diminishment of her. But on these walks with him she tried looking up.

Just as she shows us the psychologist in his boots, Berriault shows us the girl in the present moment (on the walk with the psychologist) but also her potential futures: both the future she fears, and the future she hopes for. There’s a tremendous sense of possibility in these sentences. Their mood—the collapsing of present, past, and future, the melding of individual and environment—is mirrored more explicitly in a tantalizing description of the psychologist that follows. The waitress observes: “Memory took on a prophetic sound. His life seemed like a life expected and not yet lived.” At the core of this story is the sense that expectation, not stability or predictability, is what characters live for. Expectation is a way of stepping out of time: “The girl wondered if he were outstripping time, with his long stride and empathic soles, and if his expectation of love and other pleasures served the same purpose.”

That’s why it’s so intriguing that the young waitress, alone in her room in the psychologist’s house, having decided she won’t marry him, settles on this unifying principle for her life:

[S]he knew that the longing was not for him but for a life of love and wisdom. There was another way to prove that she was a loving woman, that there was no fatal flaw, that she was filled with love, and the other way was to give herself over to expectation, as to a passion.

It’s this passion for expectation that keeps the old psychologist youthful in the story’s beginning, and that drives him to court the waitress. It’s the waitress’s decision to develop her own passion for expectation that drives her away from him—she realizes her “love” might not be confined to him but to something more nebulous out in the world. When she eventually leaves the house, solidifying her decision not to marry the psychologist, she spends her days “lifting her head again and again above deep waters to hear his voice.” In other words, she’s able to “look up” as she hoped she would in the story’s beginning.

The diminishment of expectation—specifically the expectation of marriage, it seems, is what ultimately ages the psychologist. When the two meet again after a long separation, the waitress observes:

[H]e descended the steps with more care, as if time were now underfoot. Other than that,he remained the same. But as they talked, seated side by side on a rock, she saw that he had drawn back unto himself his life’s expectations. They were way inside, and they required, now, no other person for their fulfillment.