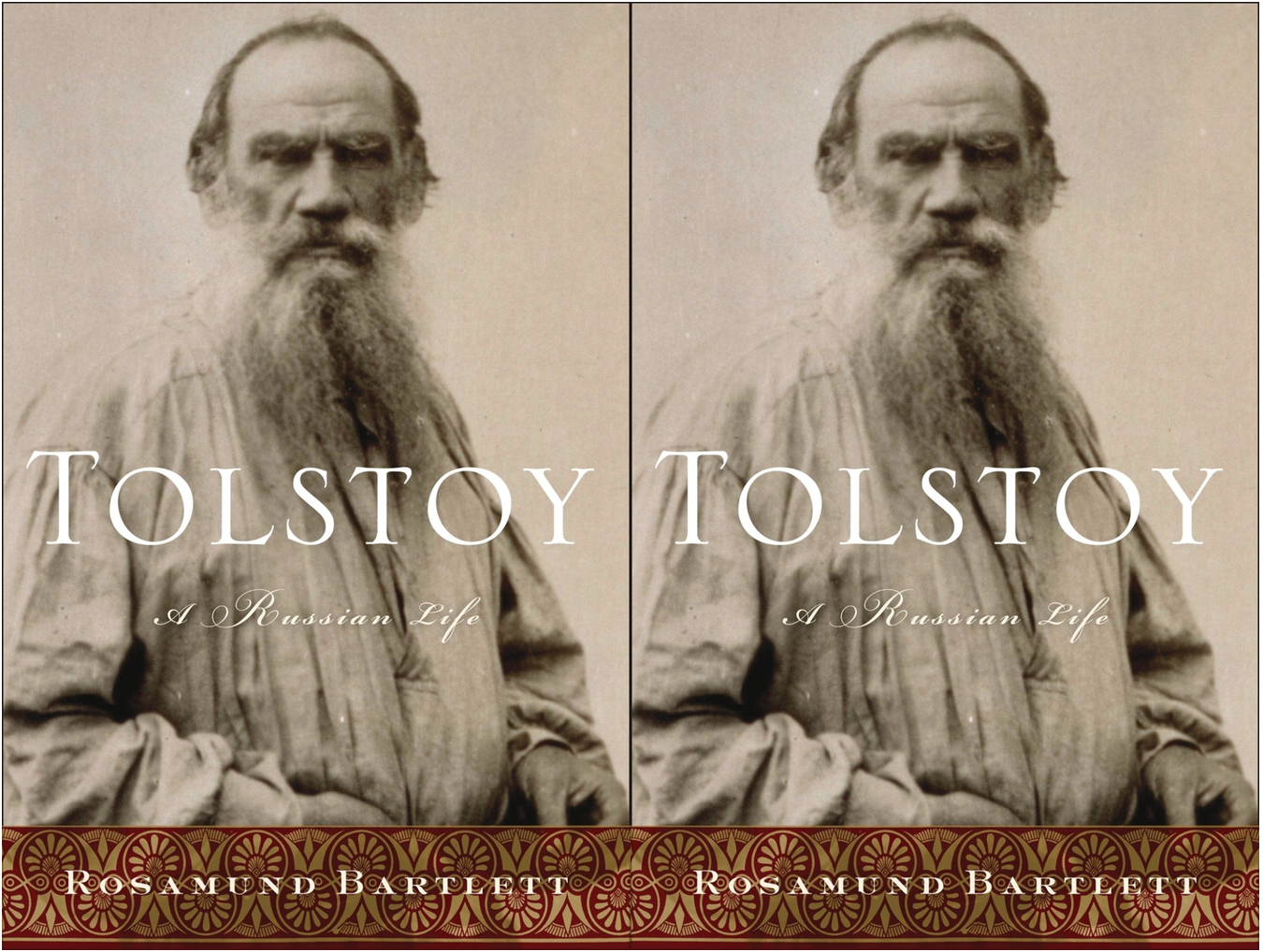 Tolstoy biographers almost have too much material to work with. Unlike Dickens, Tolstoy didn’t burn any of his 8,500 letters; unlike Hardy, he didn’t destroy large portions of his diaries. Instead, he carefully preserved all his papers, especially the ones recording acts he was ashamed of.

The documentation didn’t end with his death, either. Most of the people he was close to wrote memoirs about their relationships with him. The secret police in Tsarist Russia kept extensive surveillance records. And as Rosamund Bartlett documents in her new biography, Tolstoy: A Russian Life, the Cheka, soon to become the KGB, continued to hound Tolstoy’s family and followers during the Soviet years, trying to manage the legacy of a writer who, even dead, was difficult to keep under control.

The KGB files, discussed in an epilogue, are the only truly new part of Bartlett’s book, which otherwise tells a story that has been told many times before. The young soldier who came to abhor military service; the passionate hunter who became a vegetarian; the serial seducer of peasant girls who came to have a horror of sex outside marriage, and even of sexuality itself; and the careless young aristocrat who later gave up much of his ancestral land and became a revered spiritual figure—along the way, although he thought very little of it, producing what is probably the greatest body of prose fiction of any writer.

Bartlett has a fine sense of how to pace Tolstoy’s story. Even the requisite first chapter on ancestors, normally boring, makes for lively reading. There is no literary analysis of Tolstoy’s books, and background is only included when necessary (Bartlett is particularly good on the history of Russian sectarian movements that informed Tolstoy’s spiritual ideas). She quotes very selectively and doesn’t linger on events; at 452 pages, her book is quite a bit shorter than most modern literary biographies.

Part of the book’s charm, actually, is its lack of ambition. Bartlett is clearly not trying to write a definitive account. She has no radical new interpretations of Tolstoy’s character or legacy, and also no axes to grind; she is judicious in assigning responsibility, for example, to several parties during the tumultuous final years of the Tolstoys’ marriage. Her subject is neither a hero nor a monster, and she takes care to detail the many sides of Tolstoy’s character: his superhuman energy, his narcissism, his humorlessness, and his extraordinary courage and honesty. A few spots of awkwardness aside, Bartlett also writes with grace and directness.

Tolstoy: A Russian Life is the best starting point for a curious reader. Those seeking a deeper understanding of the man ought to pick up Henri Troyat’s massive (and excellent) volume, Tolstoy, or Gorky’s reminiscences of the writer in old age. Better yet, they can return to any of Tolstoy’s own pages. His attempts to align his life with his conscience are still inspiring, and the writing he produced documenting his internal struggles—and this includes all of his fiction—remains threatening to virtually any concentration of power: state, corporate, or religious. As the Russian state has always understood, Tolstoy is a dangerous writer, and Bartlett’s portrait gives us a sense of his continuing relevance.