Home
»
Critical Essays
»
Virginia Woolf and the Language of Trauma 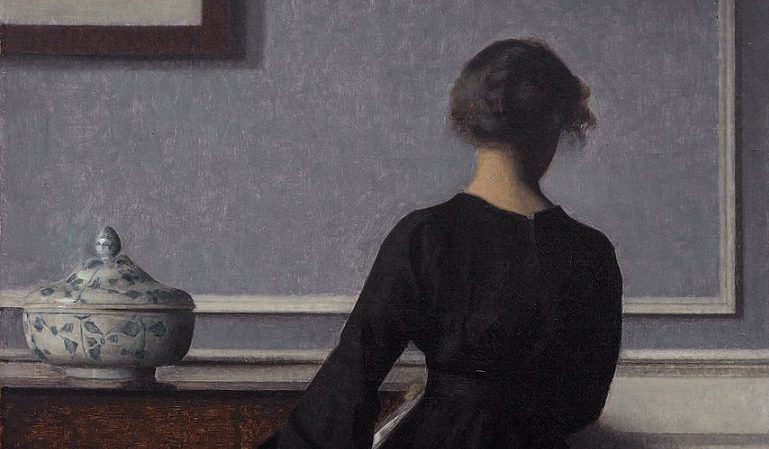 In reference to the sexual abuse Virginia Woolf endured by her half brothers, she once told her biographer Nigel Nicolson, “Nothing has really happened until it has been described.” This line stuck with me, especially after I’d been struggling with the words to tell the story of my rape.

During this struggle, I was studying in Sussex, England (also where Woolf lived and died), working on my graduate thesis exploring trauma narratives. My research revealed a connection between the act of recording trauma and healing; the act of speaking or writing trauma and healing in that the experience of trauma has not happened yet until it has been recorded. This recording gives the trauma life, allows the trauma to die, and allows the victim to transform into survivor.

Many of Woolf’s books stayed true to what she revealed to her biographer. She recorded everything. To the Lighthouse was an elegy to Woolf’s deceased parents, and The Waves is read in flashbacks and disorientation of the psyche. And the book that spoke to trauma so fluently (for me) was Mrs Dalloway—with its subtle references to her own suffering, Clarissa might’ve been the conduit for telling the story of an unresolved life of psychological trauma.

By documenting and/or recording her emotional pain through Mrs Dalloway, readers bear witness to the evidence of Woolf’s traumatic past. Dori Laub, author of Testimony: Crises of Witnessing in Literature, Psychoanalysis, and History calls this the act of “knowing,” in that the very act of listening is an aliquot experience of the trauma. As the reader listens to Woolf’s recording, her testimony “[triggers trauma’s] initiation, [and the reader is a] guardian of [the trauma’s] process and momentum.” No longer is she unheard. No longer is she silent.

Once I went on this journey with Woolf, I could not return. I was her companion; bringing forth the notion that no one should have to go through such pain alone. She spoke. I listened.

Inspired by Woolf’s recording, I explored my own trauma memory. It is often hard for me to separate myself from the research, and even harder to write about personal trauma objectively. My personal encounter with trauma began on May 28, 2004, when I was forced into an empty bathroom and raped by the doorman at a nightclub. Like many survivors of sexual violence, including rape, molestation, and assault, silence was a way of life. How could I get someone to listen to me? And if I did, who would believe me if I spoke? Would my rape be real?

Woolf inspired my own recording, and often I’d transcribe my dreams. These dreams, as I learned, were a manifestation of what I couldn’t articulate in my waking life. In one (frequent) nightmare I’m alone in the bathroom stall of the nightclub, and all I can see underneath the space between the stall door and the floor are my rapist’s bare feet. He doesn’t move, just waits for me to come out. My mother is at home; I call to her. My father is at home, and I call to him. My sister is at home, and I call to her. No one can hear. I sit on the toilet seat and wait for him to go away, but I just wait. I don’t say anything. All I can see and hear through a crack in the door is my doctor’s face. He is yelling at me and holding a vaginal clamp.

Woolf illustrates a similar manifestation of silence in Mrs Dalloway, especially with Septimus. Only in his solitude can he hear the sound of “dogs barking and barking far away” just as Clarissa, in her parallel isolation “listens to . . . the dog barking, far away barking and barking.” Later, during Clarissa’s party, Septimus commits suicide, and she thinks, “Here is death, in the middle of my party.” At that moment, Clarissa intuitively understands her double, Septimus, like her, has been forever lost in his suffering, and the only way out is through death: “If one were now to die, ’twere now to be most happy.” Woolf unravels the text as Clarissa’s happiness is now darkened by recognition of her own mortality, and she kills off Septimus in order for Clarissa to realize her own life, which has been unknown and kept quiet for so long. His quiet death was the start of her own genesis, her mark on the wall. Her new, healed life.

Septimus’s death was Clarissa’s breaking-off with the world. Suddenly her tiny-world-of-a-party is second, and her inner world is first: “her thoughts, emotions, and atoms as they fall.” Clarissa is lost somewhere in the text. Her consciousness says: “Death was defiance. Death was an attempt to communicate, people feeling the impossibility of reaching the center. There was an embrace in death. She had escaped.” Death, for Clarissa is seemingly the place where the most meaning is declared. Only in death can Clarissa attempt to articulate her life. Poet Carolyn Forché notes that the attempt to articulate trauma is often difficult when “[the] narrative of trauma is itself traumatized, and bears witness to extremity by its inability to articulate directly or completely.”

That inability to articulate directly is at its best in The Waves: “How much better is silence; the coffee cup, the table. How much better to sit by myself like the solitary sea-bird that opens its wings on the stake. Let me sit here forever with bare things, this coffee cup, this knife, this fork, things in themselves, myself being myself.” One suddenly becomes aware while reading that they are silent, too; in such absence, meaning is declared. Here Woolf waits for her listener to share in her silence. Through that sharing “[pain] was relieved, and pleasure doubled,” wrote Nicolson. But if she couldn’t share the words (see them “curling like rings of smoke” around her) she’d be “in darkness,” she’d be “nothing.”

The most profound place of silence—the place where death occurs—cryptically becomes the place for survivors where life is accessible. Laub mentions French Historian Nadine Fresco who refers to this place as the “concentration of death, but it is also the ultimate concentration of life” The unheard speech and the hopelessness of listening, if not through silence and if not through the void of knowing and words, relates to this inarticulation of memory.

In its longest silence, trauma is ever more present. Trauma is the unsaid, the uncertain, that prolongs feelings of loss. How do we define this notion of presence and absence? What is the paradigm? Poet Li-Young Lee offered an analogy regarding presence and absence: He equates them to inhaling and exhaling breath. Our presence is marked by the inhalation. Oxygen spreads into our lungs and bloodstream, nourishing our bones, our cells, and our skin. Breath is life. The exhalation manifests an absence or a silence, but still there is life. When we inhale, speech terminates; communication is stunted. As we exhale speech is regained, but nutrients exit the body; the organs weaken; the lungs lessen in size. Lee describes this as “dying breath.” When we speak we use dying breath. Meaning grows in “opposite ratio to presence and vitality.” He suggests a kind of paradigm for life, especially in the case of trauma in that as we die meaning is declared. In an interview with Tina Chang, Lee expressed that “[the] less vitality we have the more the meaning of our lives gets disclosed.” That absence in our bodies translates as presence. Trauma narrative is born out of this relationship.

Woolf was able to write about this relationship. She got me to listen to the larger story within myself, to recognize my pain. And today, we see the manifestation of that absence, that silence in movements such as #MeToo. As women and men tell their stories and audiences acknowledge their suffering. Through that acknowledgement, we empathize with them in the confusion, humiliation, wounds, terror, and struggles that have been lived through.

Upon completion of Mrs Dalloway, Woolf wrote in the introduction to the Modern Library Edition:

It is difficult—perhaps impossible—for a writer to say anything about his own work. All he has to say has been said as fully and as well as he can in the body of the book itself […] Once a book is printed and published it ceases to be the property of the author; he commits it to the care of other people.

In other words, authorship shifts to the reader, an idea also expressed in Roland Barthes’s essay Death of the Author.

Although Woolf drowned herself at fifty-nine, it was clearly the artistic metamorphosis of insufferable grief that helped her survive and write for almost six decades. In her suicide letter to her husband Leonard she tells him that she “can’t even write this properly,” but listen, “what I want to say is I owe all the happiness of my life to you. Everything has gone from me but the certainty of your goodness.” No longer a restrained elegy to death, but her painful story passed on: to Leonard, to readers. To me. Even the book Afterwords: Letters on the Death of Virginia Woolf, an anthology of condolence letters from the general public and famous figures like H.G. Wells and T.S. Elliot continue to amplify her story far after her death.

Woolf’s books have always been my books. They still are a space both passable and impassable, a space in life I couldn’t enter in life. Her page accepted my silence.

Loren Kleinman has published four full-length poetry collections: Flamenco Sketches, The Dark Cave Between My Ribs, Breakable Things, and Stay with Me Awhile, and a memoir The Woman with a Million Hearts. Her poetry appeared in Drunken Boat, The Moth, Columbia Journal, Patterson Literary Review, and more. Her nonfiction appeared in or is forthcoming in The New York Times, ROAR, Open Minds Quarterly, Cosmopolitan, Redbook, Woman’s Day, Seventeen, USA Today, Good Housekeeping, and The Huffington Post.