Home
»
Critical Essays
»
What it Means to Be 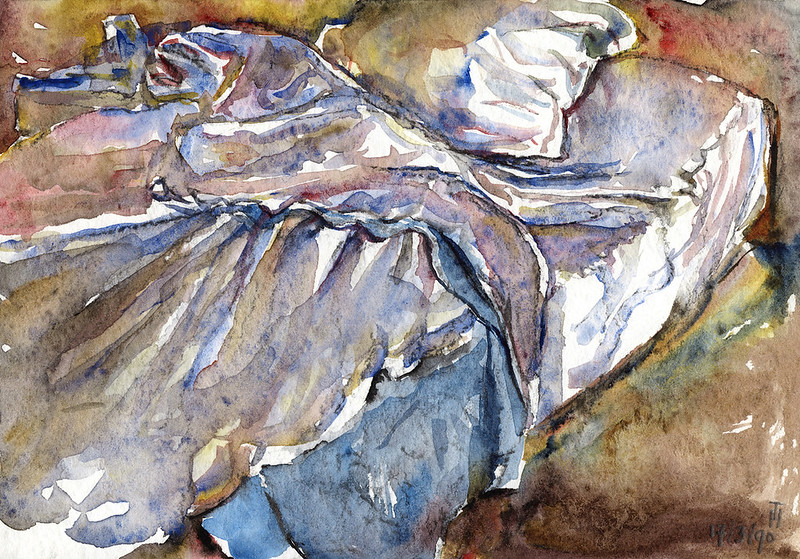 I spent several years contending with the concept of wanting to be seen versus wanting to be invisible. I’m fairly extroverted. I come from a family of actors and teachers and anchors—people who have a knack and a need to be on stage. And even though I love the privacy of my low-key career as writer and translator, where I don’t have to dress up and can remain hidden behind my laptop, there is a part of me that still dreams of being the lead singer in a rock band.

It was only recently that I’ve started feeling a sense of contentment in my position in the world, and realized that it had less to do with being seen and more to do with being legitimized. When I feel heard during a difficult conversation; when I muster up the courage to stand in front in dance class; when I reveal my anxieties and humiliation to friends; when I wear clothes that don’t cover my heavier areas—in those moments, I feel that I have just as much right to show myself, speak my mind, and participate in the world as anyone. This feeling is a result of the priceless combination of my inner confidence and the support of people around me; both inside and outside are equally valuable in making me feel that I belong in the world, that I am entitled to be.

Then I read some Sharon Olds. In her skin-piercing style, the veteran poet demonstrates that legitimacy doesn’t always come from support and encouragement. Proof of existence, of value, can sometimes come from the darkest places.

In her poem “Beyond Harm,” Olds celebrates the bizarre respect and affection she finds her dying father harbors for her, in spite of years of his abuse and animosity. “He respected / my spunk—when they had tied me to the chair, that time, / they were tying up someone he respected,” she says. Upon walking into his hospital room, he mistakes her greeting for a declaration of love, which he returns. “From then on,” Olds says, “I had / that word to lose. Right up to the last / day, I could make some mistake, offend him, and with / one of his old mouths of disgust he could / re-skew my life.” A while after her father passes away and she is no longer busy caring for him or mourning his loss, Olds is struck by the realization that now his love and respect are hers to keep: “I suddenly thought, with amazement, he will always / love me now, and I laughed—he was dead, dead!”

I cannot get this cringe-worthy exhilaration out of my mind. Feeling relieved to the point of giddiness upon the death of an abuser is familiar enough a sentiment in art. But the childlike pride that comes from parental acknowledgement, no matter how late or half-assed, will never cease to break my heart. Validation and empathy are known now to be key to the way parents relate to their children, but the ways in which people who were deprived of those things find their own paths to humanization, against all odds, is astounding. “[A]nd when / he did not speak for weeks,” Olds boasts, “I was one of the / beings to whom he was not speaking.”

“The Day They Tied Me Up” depicts an incident referred to in “Beyond Harm.” In it, young Sharon sits tied to a chair for hours, contemplating the indelible ink stain she’d purposefully made on her parents’ bed (“I could / feel its dark genie shape / leave my chest, pouring forth”). Told she would not receive any food before she apologizes, Olds is practically gleeful to ascertain that she will never apologize (“I had left that / life behind”). When, finally, her father’s “wife” (Olds does not make clear if the woman is her mother) gives in and spoon-feeds her alphabet soup, the sensations of satiation and incarceration combine into true pleasure.

It is a coming of age story—a young woman gaining empowerment by making the choice to no longer obey. By being “bad,” she not only wins the infantile, violent attention that children often prefer to no attention at all—she also steps over the threshold of adulthood, taking a stand against her abusive caretakers by earning her punishment and refusing to atone for her sin. The hard material of the chair digging into her skin, the pull of her arms behind her back, and the hunger twisting her insides are all preferable to her typical lot. “That day, no one touched me,” she almost rejoices. “[T]he nerves lay easy / in their planched grooves.” The pain of the scarf that ties her hands feels healing, and by the end of the poem, even pleasurable. The soup she is finally fed—alphabet soup, now clearly too babyish for her newfound maturity—victorious.

Stubborn under torture, Olds legitimizes herself as an autonomous being, no longer hungry for her parents’ approval or care. “I sat attached to the chair like Daphne / halfway out of the wood,” she says, evoking a freedom found within entrapment, an escape from abuse, and a metamorphosis. Like a caterpillar in her cocoon, her makeshift imprisonment is in fact the gateway to freedom. By taking herself seriously, more seriously than her parents, she finally forces them to acknowledge that Olds has the upper hand, and that her right to freedom and food are legitimate and inarguable. She has deemed herself human, worthy, and equal. Legitimacy can be earned, manipulated, and claimed. No matter what sway her parents may continue to have over her (as demonstrated in “Beyond Harm”), tied to that chair, Olds now possesses a power she will not be relinquishing.