Home
»
Series
»
Imagining the Anthropocene: What We Belong To and the Appeal of First-Person Plural 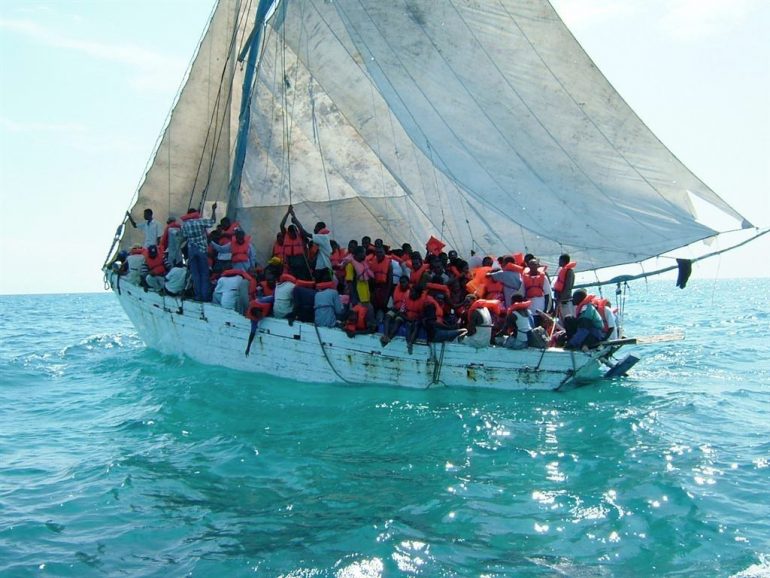 On January 21st, 2017, as I marched past a building owned by the newly-inaugurated president, I could barely hear my own voice shouting “We will not go away / Welcome to your first day.” I’d flown from Seattle to D.C. to join my brothers, cousins, and hundreds of thousands of others at the Women’s March, a decision I’d made in the wake of the election, in a gesture of control in a volatile moment. Symbolic as my singular action was, it was optimism in practice, opting for the choice to join a collective demonstration of resistance. These days, I’m far more likely to feel that “we” have ruined things than that “we” can affect the world to come. As the chant repeated, I felt myself buoyed by the “we” gathered in protest.

Political rhetoric often turns to the first-person plural, evoking the collective structures of human society. 2008 brought the Anglicization of the slogan “Yes We Can;” 2016’s “Stronger Together” contained an implied “We are” as its subject. At its best, this syntactic move empowers and includes; at its worst, it enervates and others.

Throughout Nathaniel Mackey’s serial poem, “Song of the Andoumboulou,” the first-person plural is a point of stability within shifting spaces and speakers. The Andoumboulou, a Dogon name for a failed species of humans, stand in for contemporary humans in diasporic spaces. Across seven books (so far), Mackey uses the “we” and “us” to build a collective resolve amidst constantly shifting settings. While his jazz-like syntactic slips could never be called didactic, his poetics teach new ways of imagining solidarity in an unstable age.

Riding on the music of Mackey’s language, their migration extends across temporal and geographic space, Mackey’s “we” folds the reader into his poem’s fervor. In Nod House and Splay Anthem, the Andoumboulou move through fictional territories of Nub and Quag, while at the end of 2015’s Blue Fasa, many of the physical spaces are portrayed more realistically: “Baltimore it was, then Cincin / nati.”

Wherever the group travels, members come and go like soloists in and out of an ensemble. “It wasn’t we / so much as were we were, buh” Mackey writes in Splay Anthem. His “we” isn’t a fixed group, but a moment in time. Members of the group are referred to individually as well as in context with the group; their names are drawn from widely divergent traditions, from West Africa to Australia to India. Mythologies mix and muddle. Mackey employs the Griot tradition to wrap present, past, and future into a single oracular time. In “Dread Lakes Aperture,” published in Splay Anthem, he writes,

Rude crew in whose childish guise
our departed kin could again come
back,
these children were come-again elders,
the elders were children again . . . These
children were drunk, dredged eldren, Drain
Lake’s namesake brew the beer they
drank, drowned elegiac youth . . .

While his verse strives toward a timelessness, the Andoumboulou experiences of birth, aging, and injury further bind the collective together. Ancestors pass on and return in intergenerational waves of experience. As time passes in winks or years, the Andoumboulou clan expands the modern understanding of family. I’ve always been ambivalent about belonging; as a teenager, I was sure I’d find happiness if I could only get away from my family, my synagogue, and my city. Perhaps because I loved the solitary disciplines of reading and writing, I believed in Thoreau and Whitman’s manifestoes of self-reliance. But over the last dozen years, experiences of isolation and loss have changed my relationship to belonging. Whether I’m part of a group by birth or choice, I’ve come to value (while still critiquing) such integral structures of my humanity.

The difference between the pebble and the statue is not simply one of size. The statue is representation. It appropriates the solidity and the durability of stone to give a look of permanence, unalterability, to what is merely a regime. . . . The statue is integrative, the pebble particulate.

The statue requires interpretation; the pebble exists with or without human recognition. The pebble may be part of a larger embankment, but it remains essentially itself. A group built on statues risks failure if its figurehead’s stone chips, while one comprised of pebbles might shift to accommodate changes in structure.

No human alive today chose to be born into the only species in known history of the earth to destroy its environment to the point of its own demise. Save for suicide, membership isn’t optional. For this moment of reconfiguring resistance, Mackey’s propulsive rhythms advance an “us” forward: “ride / we told our horse / tell no . . .” In the ongoing effort to engage amidst tumult, I look to Mackey’s Andoumboulou as model for ongoing devotion to collective salvation.