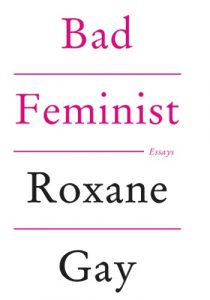 It’s been a long time since I’ve felt like an adequate representation of “feminist.”

When I married my husband a little over seven years ago, I barely waited a month before giving notice at my full-time job so I could give full-time freelancing a try. Since then, I’ve slowly become ever more comfortable (sometimes too comfortable, I feel) with being almost completely supported by my husband. He pays all the big bills. He always treats when we go out to eat. I’m on his health insurance plan and his car insurance plan. Heck, I’m surprised they even bothered putting my name on the deed for our house.

I dance around the kitchen to songs with terribly misogynistic lyrics. I balk at squishing bugs, leaving this loathsome task to the man of the house. I get excited about things like color-coordinated scented candles and pinch bowls. Most recently, when I gave birth to my now three-month-old daughter, I became a corny cliche by admitting to my loved ones that, suddenly, it seemed as if nothing else mattered. Not my yoga teaching. Not my writing and editing work. Not even my dream to someday publish a book. Of course I believe in maintaining a sense of independence, and continuing to work, and equality among the sexes, and a woman’s right to choose. But I can’t help but feel as if I’m presenting a bad example to my daughter of what a woman can be.

When I read this, I was relieved to see myself in her words. As I continue reading Gay’s book, I can’t help but think of how my definition of myself as a feminist has evolved over the years. Looking back over the past 15 years, in particular, I can mark this evolution by the feminist texts and magazines I was reading at any given time.

I moved back home with my B.A. only a few months later and, while looking for a job, I whiled away a good amount of time at Barnes & Noble, flipping through issues of BUST and Bitch magazine and wandering the women’s studies section, where I picked up third-wave collections like Bitchfest: Ten Years of Cultural Criticism from the Pages of Bitch Magazine; A Girl’s Guide to Taking Over the World: Writings from the Girl Zine Revolution; Manifesta: Young Women, Feminism, and the Future; Grassroots: A Field Guide for Feminist Activism; Sisterhood Is Forever: The Women’s Anthology for a New Millennium; and Listen Up: Voices from the Next Feminist Generation. I learned how the personal could be political, and this—plus the sex writing I’d been doing—probably informed my arc as a writer more than anything else. I’ve spent the years since being blatantly honest and open in my writing as a means of connecting with readers and making them feel less alone.

By the time I landed a part-time job at the Feminist Press, I was pretty well-versed in the intersections between sex and feminism. As a non-profit that reprinted feminist classics, the Press showed me the waves that had come before–the varied experiences of those who had called themselves feminists, and those who had just lived feminism without giving it a name. As we launched the Femme Fatale series, reprinting hard-boiled novels like Bunny Lake Is Missing and Laura, I found myself enjoying stories that hinged on clever, independent women who always came out on top. Classics like Sister Gin, Under the Rose, The Stories of Fannie Hurst, and The Yellow Wall-Paper showed me different images of feminism and female struggle, from those times when the movement itself had yet to gain a foothold. I drank in more recent representations of womanhood as I proofread manuscript drafts and typeset pages from Naphtalene and Baghdad Burning, the latter of which (blog posts from an Iraqi woman living life in an occupied city) I was especially mesmerized by. I even got my anthology fix when we launched Word. On Being a [Woman] Writer, a collection containing some of the world’s most famous literary voices.

I loved my time at the Feminist Press, but they couldn’t afford to hire me full-time and I needed health insurance and a way to pay my bills. After landing a job at an academic book publisher, I got my feminist, sex-positive fix by reading books like Ariel Levy’s Female Chauvinist Pigs: Women and the Rise of Raunch Culture, pitching freelance pieces on sex parties and sex education, and by volunteering for a very brief time at $pread magazine, an Utne Award-winning magazine by and for sex workers. (Though the magazine is no longer in print, I’m thrilled to see that a collection of pieces from the mag is due out in February 2015–from the Feminist Press, of course.) I began to build up a body of clips that established my identity as a sex writer, eventually leading to gigs with Nerve and YourTango, and sex columns for sites like The Frisky and howaboutwe.

Things shifted after I got married. Though I had been unemployed when I first started dating my now-husband, I’d still been fiercely independent, insisting on paying my own way with the money I didn’t have and taking him out on the town as I reviewed nightlife spots for Shecky’s. But by the time we said “I do,” I was relying on him more and more. Still, when I left my full-time publishing job within a month of the wedding, I was still determined to pull my own weight. I read woman-centric how-to books on building one’s own business: The Boss of You. The Anti 9 to 5 Guide. My So-Called Freelance Life. I harbored lofty, ambitious dreams of being a successful business owner. Being part of a power couple. Reclaiming some semblance of my former self as the feminist I thought I was supposed to be.

In more recent years, I’ve settled into something a bit less ambitious, but no less important in my mind. I’ve explored “female sexual dysfunction” and female sexual health in my bylined writing and in the collaborative work I do with sexuality counselors, therapists, educators, and researchers. I’ve read books about female desire and its medicalization in books like Healing Painful Sex, When Sex Hurts, Moregasm (written by the owners of feminist sex shop Babeland), and Because It Feels Good. I’ve kept a toe dipped into all the rest of it by reading the always brilliant Best Sex Writing anthologies, put together by Rachel Kramer Bussel. I’m a sex writer, but I feel this is sex writing I can be proud of, which has not always been the case since content became more formulaic and I began writing endless listicles on boosting libido and achieving orgasm. I feel as if this is vital, important work.

And now I’m a mother, and I’m struggling to redefine who I am yet again. I’m redefining what’s important. Redefining the ways in which I am still a feminist. While still pregnant, I read Peggy Orenstein’s Cinderella Ate My Daughter on girly culture and “the dark side of pink and pretty.” I began planning out how I could avoid gender stereotyping my sweet daughter-to-be. I have Logan Levkoff’s Got Teens? on my TBR list, even though the sex talk is still years away. I’ve been reading literary magazines for parents, like Brain, Child and Literary Mama, trying to maintain my identity as a writer even as I become absorbed in my identity as a mother.

And then there is Bad Feminist, and thank god for that. Because it tells me I can be all of these things, even when it doesn’t seem very feminist-y. As I’ve blogged about here in the past, I tend to look for myself in the books that I read. But just as often, the books I read shape who I am.