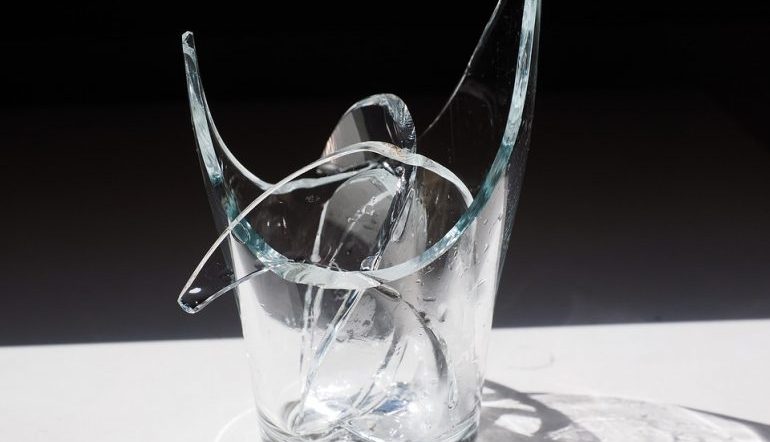 Once, after I heard the same song—not a new song, not a hit—for four consecutive days in a week, coming at me on the radio, wafting in from a restaurant patio, sounding through friends’ entertainment systems, my husband explained that our attention is pulled to certain elements, making them seem more prevalent, more meaningful than they actually are. When my parents’ dog died after a brief period of illness, my mother fell into a web of sorrow that seemed to be waiting to catch her, shot straight back into her unfinished grief over her father, my grandfather, who’d died four years earlier. The two deaths seemed inextricably connected in her mind, and all of a sudden she began to see meaning in everything: the season, what she was doing as they both fell ill, the course of their diseases. As I watched her go through this, I shuddered to think that one day it could be me, sitting there and obsessively going over every detail that led to me losing her.

In Sarah Perry’s debut memoir, After the Eclipse, she recounts her mother’s hopeful life and horrifying murder, as well as the aftermath—how she, as a twelve-year-old girl, learned to rebuild a life while carrying with her the shadows of fear, sorrow, and longing. In a book that spans approximately five decades, she launches the reader forward and back in time, speaking candidly about the good times and the bad, conveying the most intimate emotions, both beautiful and ugly. Most astounding to me was the way that dealing with loss has brought forth the most honest sort of insight into her own mind—and others’—both as a child and an adult. It’s as if she’s dived so cleanly through all possible emotion that she’s come out cleansed, capable of seeing her mother in her most human and fallible form, finding pockets of compassion in her heart for every person involved—able, even, to levelheadedly examine the circumstances and motives that steered the man who took her away.

Through her trauma, Perry describes her hometown of Bridgton, Maine—from which she’d done her best to keep her distance once reaching adulthood—in a kind, quaint, and almost alluring tone. The setting is at once Stephen King terrifying, featuring the long shadows of dark trees and bars filled with menacing men, and endearing—a beautiful, lake-dotted town where people know each other, where Perry and her mother used to take long walks and sunbathe on the shore.

Sense of place, as well as sense of taste, is also a powerful element in Michelle Zauner’s experience of mourning her mother, conveyed in her essay “Crying in H Mart,” published in the New Yorker last month. Having lost her Korean mother to illness, Zauner performs regular trips to H Mart, an Asian-food grocery store chain, where she feels most tangibly both her mother’s presence and absence, laments the weakening of her Korean roots, and contemplates the tensions and affections of intergenerational relationships, particularly within immigrant parents and their American-born children. Among the recollections of the myriad little culinary traditions her family has kept are memories of the ways in which her mother—in certain respects a strict parent, rough around the edges—showed her love and affection through the meals she cooked, the small attentions paid to her daughter’s favorite flavors. Only there, among the gochujang sauce and the tteokbokki, could she fully let go and weep over her loss.

I am charmed by the fact that missing her mother makes Zauner hungry. Though, for many, grief is often accompanied by a loss of appetite, I’ve always found food to be evocative and emotional—a way to remember certain places, people, and moments; a means of mourning as well as celebrating. It also brings to mind Sarah Perry, who, in one of the most powerful moments of her story, decides to devote the year prior to the trial of her mother’s murderer to losing weight and growing out her hair with the sole purpose of more closely resembling her mother, so she could scare the shit out of the murderer when he saw her in court.

No matter what it does to our appetites, grief always hinders our abilities, tying rocks to our legs as we wade through its deep waters. For years after her mother’s death, Perry—previously an adolescent with literary aspirations—could not write. A similar paralysis was experienced by Sara Nović (author of Girl at War), who lost her grandmother this year. In an essay published last month in Guernica, “All Words Fly,” Nović shares the weeks leading up to and immediately following her grandmother’s sudden illness, swift deterioration, and death. For Nović, there was no stronger advocate, no purer form of support, than that offered by her grandmother. Without the woman’s regular questions about her work (questions that, coming from anyone else, would have felt stressful and judgmental), Nović struggles to write anything at all. Logic alludes her—not only the logic necessary to transform her sorrow into beautiful prose but also the logic required to eat a meal, drive to work without losing her way, carry a conversation about the woman she loved so much. “All Words Fly” is a victory—a wrangling of words from the depth of her pain.

Nović’s experience resonated especially with me. Like her grandmother, when my grandfather was dying in the hospital he hallucinated his deceased relatives sitting by his side. Like Nović, I spent as much time as I could by his side. The months after his death found me walking through a fog of sadness, so pure and undisturbed precisely because he was a grandfather, not a parent, which meant my relationship with him was much simpler, free of tension and regrets. But there was a darker side to it too. I found myself awake for hours each night, my mind churning and churning with a single thought: I was lucky enough to have my grandfather at my wedding, four months before his death. Now that I was married, I could, one day, become a widow.

If we’re lucky enough to love people, we have the misfortune of knowing we may one day lose them. But knowing this helps not at all when the time comes to face the loss. They say grief often erupts not immediately following one’s loss, but when another change of circumstances brings it more prominently to the fore of our consciousness. A move to another city, for instance; or retirement. With new points of view and more space to reflect, the loss of a loved one can grow to take up all of one’s attention, leaving few resources available for the present. The things that define us—our passions, our creativity, our family traditions—lose their flavor. Rather than turn to them for comfort, we are left feeling empty.

Perry, Zauner, and Nović give me hope. Their pieces are a demonstration of the process they have lived through, of how, with time, they were able to take all of their pain and paralysis and pour it back into the fire to forge something beautiful. Their accomplishments are astounding—the triumph of a mind intent on healing and creating through the tremendous hurt the world can sometimes offer up. There are no clean breaks, but there is beauty to be had through it all.