Home
»
Uncategorized
»
Writers With Responsibilities: Patience is a Way of Life

I want it all, NOW! What do you have to say to that? 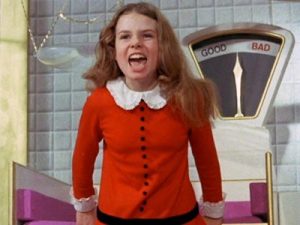 You can stomp and jump up and down all you want—but the truth is, if you’re a writer with responsibilities, you’d best get down with the heavenly virtue of patience. I know, I groan every time I hear it mentioned, too. Job practiced patience and look what happened to him. It makes sense in theory, but why does it have to apply to me?

But I have proof for all you nonbelievers.

Witness, Megan Marshall, author of Margaret Fuller: A New American Life, and winner of the 2014 Pulitzer Prize in Biography. This latest venture took her six years to complete. She started writing it from a large house in Newton and completed it from her two bedroom apartment in Belmont, all while coping with a difficult divorce. Margaret Fuller encouraged her to reinvent herself. Marshall says, “Patience is not a virtue, but a technique!”

The Pulitzer for A New American Life is well deserved, but for me the real story lies in Marshall’s first biography, The Peabody Sisters: Three Women Who Ignited American Romanticism, which was also nominated for a Pulitzer. This endeavor took her twenty years. Her eldest daughter was one when she began, and her second was born seven years later. Both girls were active in sports and music and there was the business of everyday living.

I recently caught up with Megan and she told me: “I always tried to keep the writing going, even when I was spending so much time driving my daughters…I made a habit of printing out what I’d written during the few hours I had to work in the morning and taking it with me in the car, editing while I sat in parking lots and waiting rooms, always reading the sentences and paragraphs over and over to myself. That way the book was always with me imaginatively, and I think my practice may have forced me to write a driving (pardon the pun), connective narrative that held my distracted attention despite all the disruptions. Plus, the next day, I always had changes to enter at the computer, which got me past the initial resistance one has in starting the writing day and allowed me to use the time I had at my desk more efficiently.”

And this is why she won the Pulitzer: she’s a genius. The blank page always trips me up in the morning. I’m at the stage in my novel where I just need to keep going and sometimes I can waste time just trying to figure out where I am when I have been forced into a hiatus. My notebook will now hold fresh pages for editing too!

Megan also points out that some of her greatest finds for The Peabody Sisters never would have happened if she wrote the book faster. Those twenty years gave her the opportunity to find far more, far richer source material than if she’d written the whole thing in two. So, yes, everything does happen for a reason.

Marshall says she also learned about patience from the Peabody Sisters themselves. “They didn’t consider it a choice to put family first, they never questioned, no matter how it derailed them. I remember how impatient I was as a young mother, but that was doing no one any good. Patience has to become a way of life, and you find your writing work around the edges while keeping it central, because it is.”

If you haven’t been able to tell, Megan is one of my heroines, and a constant inspiration to keep writing. Those writers who make it are the ones who are writing. Simple as that.

Back in 1987, two years into her book, Marshall wrote about her then 3-year-old daughter: “She slows me down, but she also shows me what life is. And that, after all, is the hidden subject of any book worth writing or reading. Without her, I’d never have known.”  So, take that, Veruca!

I’m surrounded by toddlers. The highlight of my day is successful potty training and being able to close my eyes for one minute while Frozen plays again. I haven’t slept through the night in years. I just can’t write now.

Everything you say is true. (Except, that last bit.)

I wanted to answer, “What kind of crazy lady takes four kids to the grocery store if she doesn’t have to?” but I’d always try and smile nice and say yes. Inevitably, someone would always say “Enjoy it, it goes by so fast.” I’d smile and say thank you and think to myself: they don’t know shit. I’m just trying to get to seven o’clock so I can put everyone to bed.

Now I’ve made it out of the dark hole of toddlerhood into the frightening waters of “adulthood.” My eldest graduates from High School this weekend. I remember the happy dance I did when I put him on the bus to kindergarden all those years ago, and now it doesn’t seem possible. Surviving motherhood is like living in dog years.

So write when you can, don’t beat yourself up when you can’t. That kindergartner will be packing his bag for college before you know it. In the mean time, enjoy that moment when they are all in bed asleep. (That’s when they are their sweetest!)