Home
»
Interviews
»
“Writing is for Finding Out”: An Interview with Ciaran Carson 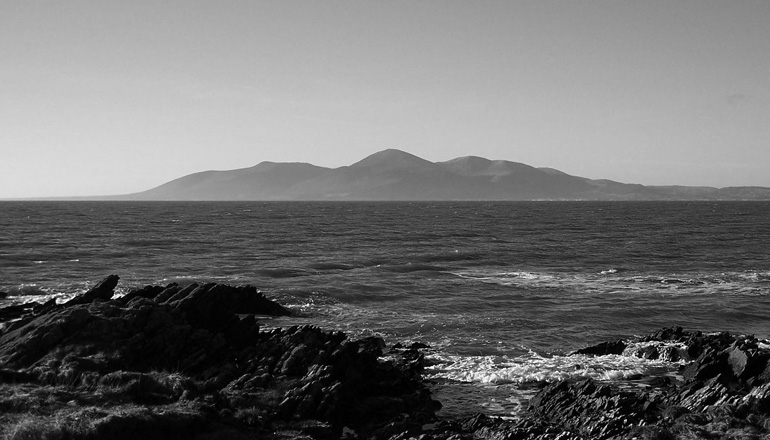 Ciaran Carson’s poems explore the risky territory between the personal and the political. They are grounded in the local, yet outward and upward tending—toward the larger truths he inspects with a sharp mind and a wary eye. Carson has published numerous books of poetry, prose and translation, and his work has been honored with many awards, including the T.S. Eliot Prize and the Forward Poetry Prize. Earlier this year, he kindly took the time to talk with me via email about his most recent book, From Elsewhere, which pairs his translations of the poet Jean Follain with his own original poems inspired by the translations.

Matthew Thorburn: What drew you to Jean Follain’s work? Are there certain aspects of his work that enabled you to have such a sustained engagement with the poems?

Ciaran Carson: The poems initially attracted me by their visual quality; they’re like a series of vignettes in a landscape, haunted by ghosts of the past. A good many of those ghosts seemed to echo my experience of Belfast, with its undercurrent of dark politics. And I was attracted by Follain’s avoidance of any straightforward resolution to the ominous and resonant situations set forth in his poems.

MT: Would you talk about your process in translating/writing these poems and putting this book together? How did this project begin?

CC: As to how the project began, how long is a piece of string? Beginnings are always mysterious. I know that on New Year’s Eve 2013, at the funeral of the poet Dennis O’Driscoll, Frank Ormsby and I were reminiscing about the poet Michael Foley, and recalled his marvellous versions of the prose poems of Francis Ponge; and that inspired me to look at Ponge’s work to see if could make something of it myself.

I had just published In The Light Of, in which I translated the prose poems in Arthur Rimbaud’s Illuminations into a format of Alexandrine rhyming couplets; and I thought I might do something similar with Ponge. As it turned out, rhyme didn’t seem appropriate in the case of Ponge, so I ended up translating eight or nine of his pieces into a free verse given some shape by internal assonances. And in the course of researching Ponge I found that he was associated with a name hitherto unknown to me: Jean Follain.

Follain, too, had written a good many prose poems, and again I thought I could do a Rimbaud or a Ponge with Follain; but try as I might, all I could come up with were prose versions which just didn’t work that well in English. I was about to set the whole thing aside when I stumbled on his free verse poem “Soulier renouée” (“Shoelace Tied”) on the internet, and somehow that hooked me. I then set about getting my hands on all of Follain’s poetry. For a while I thought I might be able to put together a book containing both Ponge and Follain; but, friends though they were, Ponge’s ironic (and sometimes very funny) mock-professorial voice is very different to Follain’s mysterious simplicity.

I don’t know exactly when it occurred to me to write my own counterparts to the Follain translations. Like everything else in the process, it was something stumbled on rather than conceived.

MT: How did you choose which poems to translate and respond to? Were there some that didn’t seem open to translating—or to responding to with a poem of your own?

CC: I began with translating as many of the poems as seemed translatable, and I had a good many of those done before I began doing the responses. Altogether I translated about a couple of hundred, with varying degrees of success. As you suggest, there were many that I found impossible to translate: some because they were so embedded in the structure and implications of the French language; and others that, for all their seeming simplicity, remained obscure to me.

At any rate I ended up with 81 pairs of poems, translation and counterpart. I find it useful to work within some (usually arbitrary) numerical constraint. So the book consists of three parts of 27 pairs of poems each. 3×3 = 9; 3 x 27 = 81; 8+1 = 9. The number 9 is a great one for playing about with. More seriously, I wanted to give a tripartite or triptych shape to the book: a beginning, a middle, and an end. An account of a life: youth, middle age, old age, beginning and ending with a shoelace being tied.

In any event, the book is necessarily a very partial account of Follain’s poetry. To cut a long story short, I chose the poems which seemed to echo my own experience; and in the broadest sense, my “own” poems were also translations.

MT: More generally, how does a new poem start for you?

CC: A shout in the street, a phrase overheard in a pub, a line in a book of prose or poetry – random stuff like that. Happenstance. As yet I don’t know what the words imply. I don’t know where they might lead, if anywhere. Lately I’ve become interested in what seem to me to be strange words like “forthwith,” “henceforth,” and “furthermore.” Which might be echoes of the title of the Follain book: From Elsewhere.

“Elsewhere” is itself a strange or estranging word. At any rate, poems seem to begin from elsewhere; and they should begin with something I don’t entirely understand. Writing, I think, should begin from ignorance. Writing is for finding out, not saying what one already knows. The other day I happened on a piece by the artist Brigid Riley which struck a chord with me:

For me, drawing is an inquiry, a way of finding out – the first thing that I discover is that I do not know. This is alarming even to the point of momentary panic. Only experience reassures me that this encounter with my own ignorance – with the unknown – is my chosen and particular task, and provided I can make the required effort the rewards may reach the unimaginable. It is as though there is an eye at the end of my pencil, which tries, independently of my personal general-purpose eye, to penetrate a kind of obscuring veil or thickness. To break down this thickness, this deadening opacity, to elicit some particle of clarity or insight, is what I want to do.

I don’t know. After completing a book I go through a period of about nine months or so, where I write bad imitations or fakes of the poems in that book, which I scrap, and then I simply don’t know how to write. I finished From Elsewhere in August 2014, so the fallow period is longer than usual. But then I went through major cardiac surgery – aortic valve replacement and triple bypass – in October 2014, and maybe I’m entitled to a longer break than usual.

At any rate I’m still haunted by Follain, and for all my fear of writing bad imitations I might end up doing some kind of response to some of the translations that didn’t make it into From Elsewhere. Whatever happens, it should surprise me, so I lie in wait to be surprised.

Read a translation and an original poem from From Elsewhere here.