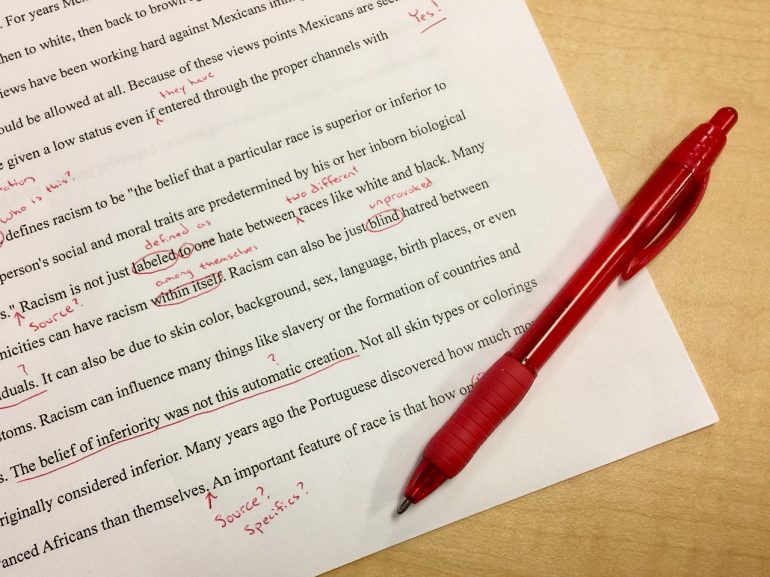 In our Writing Lessons series, writing students will discuss lessons learned, epiphanies about craft, and the challenges of studying writing. This week, we hear from Graham Oliver, who recently attended the Aspen Summer Words Writing Retreat 2013. You can follow Graham @grahammoliver. —Andrew Ladd, Blog Editor

Our classroom was outside, on a deck that faced the side of one of the omnipresent mountains around Aspen. This was occasionally frustrating—the sun beat down on us early and often—but mainly inspiring. The person most inspired by the setting, though, was our instructor David Lipsky, who was ecstatic about being able to smoke while conducting the workshop.

His excitement was contagious. After a few days of reviewing the work of Joan Didion and Renata Adler, the humor of Martin Amis and Tad Friend, and the editing work of Zadie Smith and David Foster Wallace, we began to get it. Someone would tentatively suggest an edit to one of the manuscripts and Lipsky’s face would light up; he’d lean in across the table and gesture with his cigarette and tell you “I made that exact correction.”

I’ve had a lot of writing instructors, but Lipsky is the first one who really made me excited about the small stuff, the beauty at the clause level. We barely talked about the usual tenets of the writing classroom: put more details in scene, plug more dialogue, turn up the tension. The closest Lipsky came to this was a helpful look at Pnin, when he showed us that every single time Nabokov resolved a conflict or question, another one rose up within the next couple of pages. (Except Chapter 5, Lipsky was quick to point out. Chapter 5 of Pnin is what happens when you get lost in your world.)

We discussed how different a dash, semi-colon, and period can feel. We read out loud to hear when a paragraph break should happen, and Lipsky made it seem like it was so obvious. By the end of the week, it was. After the review of one manuscript, the word physique became code for language that felt unnaturally out of voice, as in “Documentation?  Physique.” “Established? Physique.”  “Enumerate? Physique!” By the last day, the class was responding to these words with “physique” in unison.

The day I returned from Aspen I sat down in front of a piece I had workshopped before. In previous revisions I had fretted over the order of events and the amount of dialogue, but this time I read it out loud, slowly, listening for my tongue to tie and my voice to pause. I made more edits in that one reading than in an entire previous workshopping. Though the changes were small, I could hear the difference, just like Lipsky had taught us.

“You might only make a paragraph five percent better,” he said. “But do that enough times, and it starts to add up.”