Home
»
Reading
»
A Gathering of Particulars: On Building a Word-Hoard 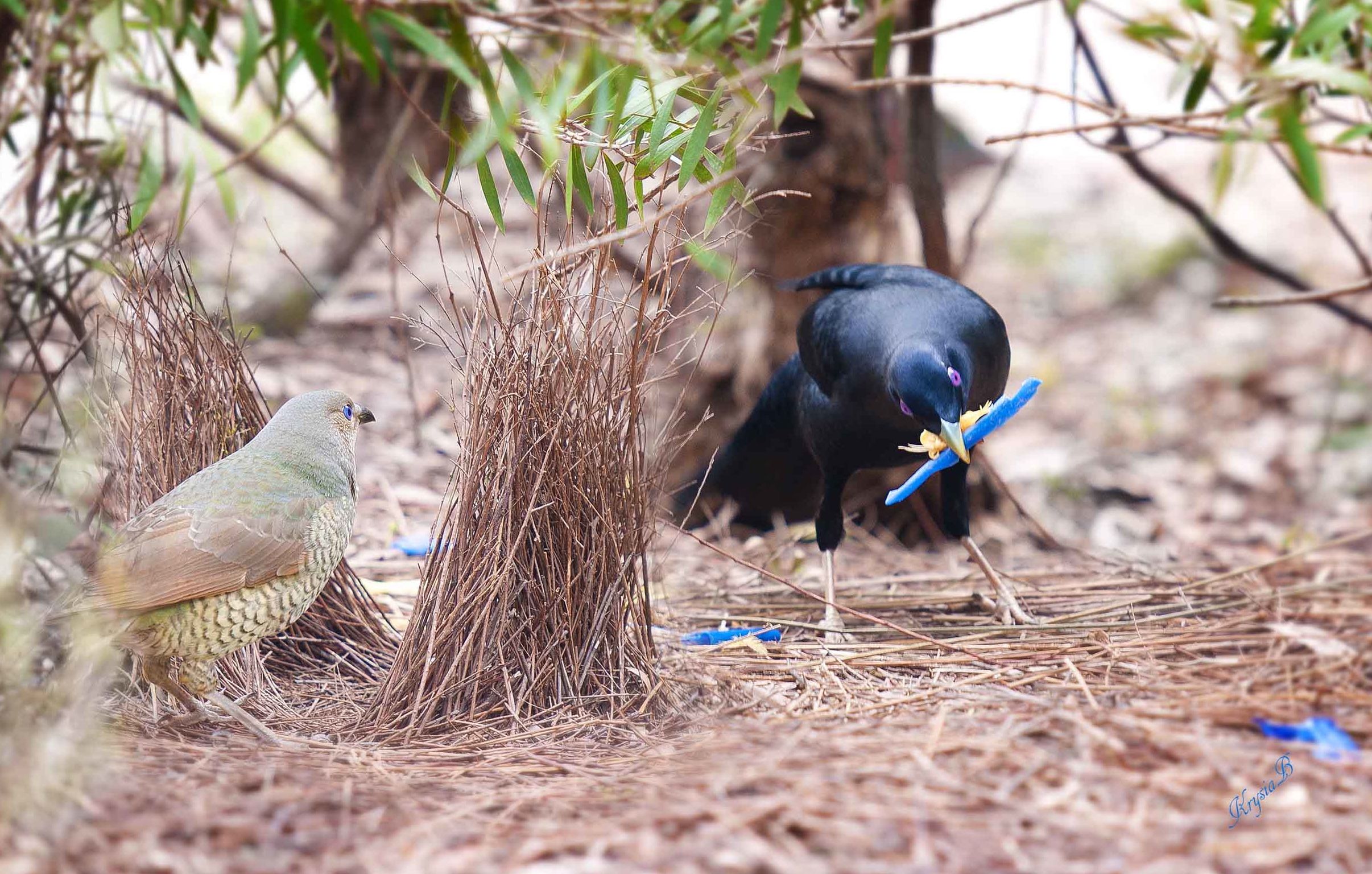 It is fitting that the bowerbird roosts in the opening lines of Ted Hughes’s poem “A Literary Life,” for there is perhaps no better mascot for reader and writer both. The species is a known collector, spending the better part of the year building complicated huts from assorted novelties: colored glass and aluminum tabs, bleached bones and rifle shell casings—anything a potential mate might find beautiful. In this slow, deliberate construction is an elaborate invitation. Similar is the writer who builds a “bric-a-brac nest,” curating particulars to invite new understanding. As Marilynn Robinson noted: “Cultures cherish artists because they are people who can say, Look at that. And it’s not Versailles. It’s a brick wall with a ray of sunlight falling on it.”

Yet if the writer is the keen observer, the close reader is also a collector, accumulating words proffered on the page: fragments of sound, fleeting emotions, an uncommon tint. We infuse these modes of seeing into our own vocabularies, heightening our ability to attend to our surroundings. Through books we discover new names for sorrow and shame, just as we learn how to speak of redemption and beauty. Writes Amy Hempel in her novella Tumble Home: “And if you don’t like the person you are? Where do you find the parts to make yourself into some other kind of person? Can it be something you read in a book, a gesture you see on the street?” Words are among the “parts” that allow us to improve ourselves.

One of the oldest known Anglo-Saxon poems celebrates the exchange of gathered language. It is titled “Widsith,” after the well-traveled minstrels who relayed tales of distant realms to public assemblies. It begins:

Certainly words are among our greatest treasures, a portable jewel box from which to draw the vicissitudes of life. Yet a rich “word-hoard” also takes a lifetime to develop. As Mary Ruefle reminds us: “In the beginning William Shakespeare was a baby, and knew absolutely nothing. He couldn’t even speak.” Ben Fountain made a similar point when recalling his first forays into fiction: “I had to create a mental image of a building, a room, a façade, haircut, clothes—just really basic things. I realized I didn’t have the facility to put those into words. I started going out and buying visual dictionaries, architectural dictionaries, and going to school on those.”

The dictionary is part of my own reading process; if I come across a word I do not know, I look it up and record (or hoard) the definition in a notebook. This can make for slow going, as when I recently read Karen Joy Fowler’s We Are All Completely Beside Ourselves, narrated by a woman with an outsize vocabulary. Yet the effort to define new words never felt tedious; rather, I felt a sense of intentional awareness similar to when a biology course taught me to identify species of birds by their songs. The noisy symbols on the page suddenly held meaning: oneiric, pertaining to dreams; verklempt, overjoyed. I’d found word-treasure, and Fowler had provided the map.

This feeling of discovery is by no means limited to the sort of language dredged from a GRE prep book; a word-hoard can likewise be built around unexpected turns of phrase, adjectives enlisted as verbs, or a common term placed in surprising context. To select from untold examples, consider another line from Hempel’s Tumble Home, which offers a feast of birds and verbs: “That time I was in London, I went to an elegant dinner for which the chef assembled a roast turkey inside of which was lodged a goose, inside of which was a duck that housed a chicken that contained a game hen—all of them boned and served with a dark, tart, currant sauce.” Assembled, lodged, housed, contained—every sentence, an opportunity for gathering.

I do not equate advanced vocabulary with intelligence, though I do suspect precision is another way of becoming more present. As Hempel suggests, I believe that hoarding or heeding words—whether slang, vernacular, or verbs-turned-nouns—is a means to improve our attention and, by extension, ourselves. We can read for plot, for story, or for information, but reading for words affords unique gains; every term amassed further liberates us from falling back on default language, thus granting as much fidelity as possible to whatever we wish to express or describe.

In every way, the literary life involves collecting: words and ideas, libraries and anthologies, yes, even architectural dictionaries. One of the writer’s essential duties is to gather—to filter and weave fragments, to refract perspectives and form new points of contact. The reader, in turn, acts the Widsith’s listening audience, learning from the sojourner’s song how to speak of the textures of life. Such is the ongoing, collaborative nature of a language we are not born knowing; we cannot express ourselves without first encountering the words of others. As is often remarked, effective writing serves not as explanation, but invitation—a bowerbird’s nest of noticings, calling other minds to take roost.

Said Saul Bellow: “I am not an ornithologist—I am a bird.”