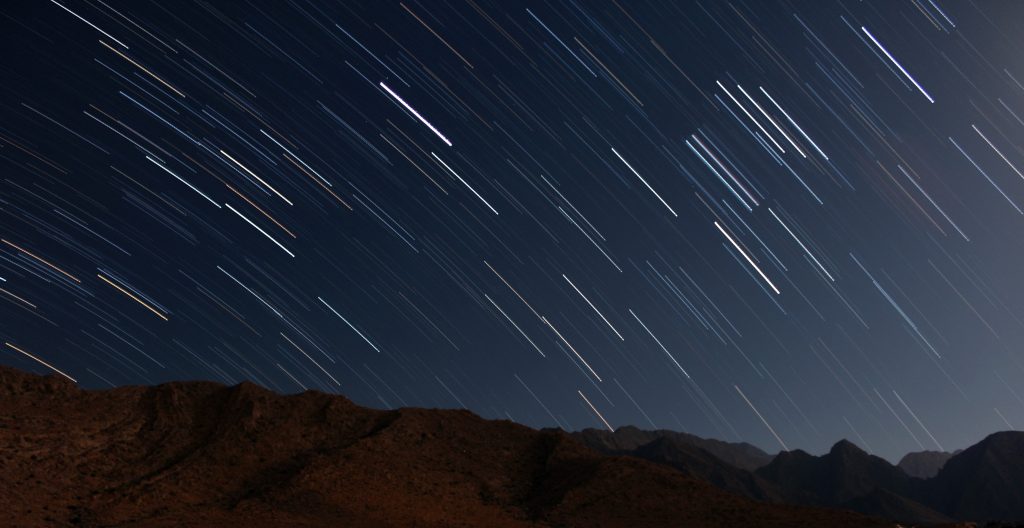 Arrival has been hailed for carving a space for the “literary science fiction movie,” and rightly so. Director Denis Villeneuve achieved the nearly impossible feat of making a compelling, relatively crowd-pleasing movie about linguistics, complete with a new alien language composed of 100 logograms, while also weaving in themes of international cooperation, humanism, and empathy, all of which are badly needed at the moment.

Considering that film is an audiovisual medium, Arrival portrayed a narrative that is primarily about written language with aplomb. But inevitably, there were significant themes that were quite literally lost in translation, most notably that of free will versus determinism.

Major spoilers beyond this point!

Arrival is based on Ted Chiang’s Nebula Award-winning novella, “Story of Your Life,” and is a surprisingly faithful adaptation. In both narratives, Louise Banks loses her young daughter, and memories of that daughter are interspersed with a present-day narrative about Louise deciphering the language of aliens who have landed on Earth. Then, at the end of the story, the rug is pulled out from underneath the audience when we’re told that Louise’s daughter doesn’t even exist yet; rather, her immersion into the language of creatures with a simultaneous consciousness has caused her “memory” to extend in both directions, allowing her to see the future of her child’s life and early death.

In the film, this “twist” is revealed right near the end, which doesn’t allow much time for cerebral exploration of the implications of simultaneous consciousness. Instead, Arrival doubles down on the emotion of the story, telling the audience that Louise chooses to conceive her child regardless of her knowledge because all life is inherently valuable, and because all experiences are meaningful, whether good or bad.

This is a beautiful message, but the written medium of “Story of Your Life” allows it to explore philosophical and linguistic themes in more depth. In the novella, the episodes involving the daughter are written in future tense, and occasionally future perfect tense, which not only illustrates the theme of empathy in the context of the Sapir-Whorf hypothesis—what better way to encourage readers to think outside of the confines of their language than by writing in an unusual, even alien grammar?—but also underscores the theme of inevitability. The future perfect tense, in particular, is an apt symbol for the heptapods’ conception of time: the present, past, and future are not concrete periods of time, but only exist relative to each other. Just as Louise ultimately gains memories of the future, but is still unable to escape her sequential consciousness, the future perfect tense is the closest analog to an “unstuck” experience of time within a grammar that is inextricably intertwined with sequence.

Further, the movie completely excises the novella’s theme of free will versus determinism. In “Story of Your Life,” Louise considers the widely held notion that knowledge of the future negates free will. If one’s choices can be known ahead of time, common wisdom tells us, then the ultimate answer is predetermined. But once she is able to escape Earth-bound logic and think more like a heptapod, she realizes that this is true, but only in the sense that “free will” as we know it is a construct specific to a sequential consciousness. The heptapods, she says, are “not helpless automatons”; they simply “experience all events at once, perceiving a purpose underlying them all.” So they make choices just as we do; they are simply making them in the past, present, and future all at once for the sake of an overall purpose.

The notion of “purpose” rather than “choice” is essential to the story. Chiang illustrates this distinction through a mathematical concept called Fermat’s principle, which states that light takes the path from one point to another that takes the least amount of time. “The physical universe is a language with a perfectly ambiguous grammar,” Louise tells us, and humans would write the sentence of Fermat’s principle as “light is refracted through the most efficient path between two points,” while heptapods would write that sentence as, “light intends to reach its destination through the fastest route possible.” One sentence is passive, while the other is active; humans passively live their lives while unaware of a larger plan, while heptapods consciously fulfill their role in a larger, purposeful plan. As Chiang writes, it’s a teleological as opposed to causal explanation of the universe.

Arrival can hardly be blamed for cutting out this piece of the puzzle; it was aiming to be character-driven sci-fi, while this mind-bending realization in a film would have required as much awkwardly delivered exposition as blockbusters like Inception. But even so, there is a layer of thematic significance that was lost in the transition from written to visual medium. The screenwriters seemed to acknowledge this loss when they changed the manner of the daughter’s death from freak rock climbing accident to a rare, unstoppable form of cancer. The latter is very literally and concretely inevitable, while the former superficially seems like a preventable death. Louise ostensibly could have prevented her daughter from learning to rock climb, or accompanied her on every trip, or simply stop her from going rock climbing that day. But in the context of a simultaneous consciousness, Louise couldn’t have stopped her daughter from rock climbing that day any more than she could have stopped a terminal illness. The story requires a more nuanced understanding of both free will and “inevitability,” in which our choices are not meant to cause an end result, but serve as a thread in a much larger tapestry.