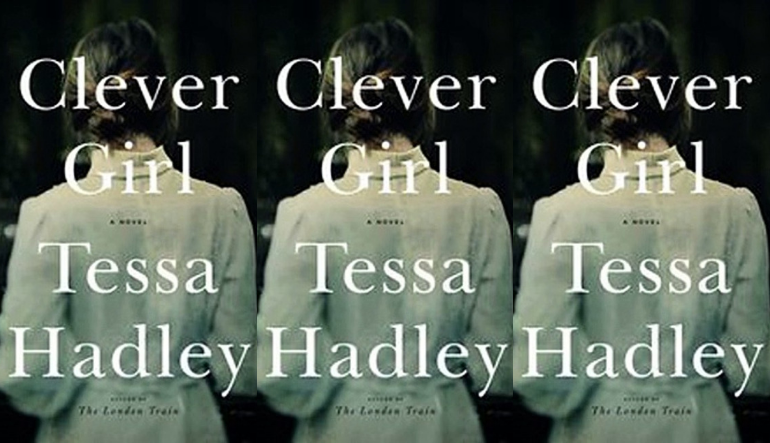 One of the greatest challenges of writing a novel is choosing where to begin it. Choosing where to end it is also important (or so I’ve been told). But even once a writer makes those big decisions, the novel is fraught with similar choices at the micro level. Where does each chapter begin and end? Where should the story pick up after a break in the chapter? And more to the point, is there any way to avoid the exercise of writing the boring parts and then cutting them out later?

Tessa Hadley’s novel, Clever Girl, provides a master class in choosing what to skip. At the end of each chapter a large amount of time passes—a year or two or four or fifteen. Some of the most dramatic events of the narrator’s life occur in the spaces between chapters.

I finished reading the book for the first time just before I saw Richard Linklater’s film, Boyhood, and I was struck by their similarities, though one begins with a boy in Texas in 2002 and the other begins with a girl in Bristol, England in the 1960s. Hadley covers forty-two years of Stella’s life in 250 pages, divided into ten chapters. Linklater spans twelve years of Mason’s life in just under three hours, divided into twelve sections.

In the first chapter of Clever Girl, Stella is 8 or 9 (she can’t be sure, looking back, which it was, and that’s one of the book’s many charms). This early in the novel, the reader is still learning how the narrative works, and Hadley makes it easy with the opening lines of chapter two: “I was staying over at my nana’s. I was ten.”

Stella wakes early, before her nana, and decides to sneak back home and surprise her mother. But noises in the bedroom make her realize a man is sleeping over. (“I was appalled, invaded.”) She steals money from her mother’s purse and catches the bus to the riding stable she takes lessons at, arriving three hours earlier than usual. She mucks out the stalls and rides, discovering a number of adult things in the process. Her mother comes to collect her. “I saw her climb out of the passenger seat of a maroon-coloured car parked beyond the yard gate.” We know she doesn’t have a car.

Her mother doesn’t let on to anyone at the stable that Stella’s early arrival was unplanned. “And we made our way to the maroon-coloured car. Where in the driving seat a man was waiting.” The man is obviously the man her mother was in bed with that morning, and his presence augurs a momentous change, but in this chapter he doesn’t speak. We don’t know what he looks like or learn his name.

Chapter three opens with, “My stepfather wasn’t a big man, not much taller than my mother.” The nameless, stock man has been promoted. He is Gerry, and we’re treated to a lush physical description of him. By the end of the chapter Stella’s mother is pregnant.

Gerry stays in the story through the end, gaining importance at first and then receding as Stella grows older. The economy of Gerry’s introduction reminded me of Linklater’s handling of the introduction and departure of the character Jim in Boyhood. First we see a spark between Jim and Mason’s mother, Olivia, at a party. It’s not surprising to jump forward and find they’re together, fixing up a house. The next year, Jim is bitter and drinking too much. The next year he’s simply gone, and Olivia is selling the house. We know enough about how that went without needing to see it.

The same is true of Stella’s unexpected pregnancy, at age seventeen. A chapter is devoted to her meeting the father, Valentine, and the two years of infatuation and rebellion that follow it. Stella’s mother sees that Stella is “barking up the wrong tree,” but they do finally “manage penetration.” When Valentine’s relationship with his poetry teacher ends badly, he runs off to the States and Stella thinks she’ll go back to school. “But I wasn’t that clever, was I? Had I forgotten everything they’d taught us at school? That you only had to do it once, just once, to get into trouble. We had even done it twice.”

The next time we see Stella she’s sitting on a park bench, her twelve-week-old son asleep in his pram. The fights we know must have happened with her mother and stepfather are covered in a sharp line of remembered dialogue and a paragraph of summary.

It’s in Hadley’s use of Stella’s memory, and her flexible treatment of time, that the structures of Clever Girl and Boyhood differ most significantly. Until the last chapter of Clever Girl, Stella knows the entire story and is able to look back as well as see into the future. In many chapters she goes back a little at first, and then further, until she’s finally explained enough of what happened in those spaces between chapters that we’ll understand the action.

Chapter six has the most dramatic plot element. It begins, “I ought to explain, before I go on, that the father of my second son was killed—and in a horrible, stupid way—just a few weeks before our baby was born.” She goes backwards from there (to meeting the man who was killed, and to her betrayal of him) and even forward, to a year after his death, before she finally describes the murder at the very end. The jumps in time are most dizzying in this chapter, a reflection of Stella’s trauma.

In contrast, Boyhood moves strictly forward. The characters reflect, and the viewer does some of the work of remembering and making connections for them, but the storytelling never circles back.

The largest jump in Clever Girl happens before the last chapter. Fifteen years pass, conveyed in a parenthetical, “(I’m fifty, with everything that brings.)” Until now, Stella’s only used the present tense to introduce Valentine. In this final chapter, she stays in the present because we’ve caught up to her. It’s a relief to at last find Stella in the same position as the rest of us, with no knowledge of the future and only her experience to tell her how it might play out.