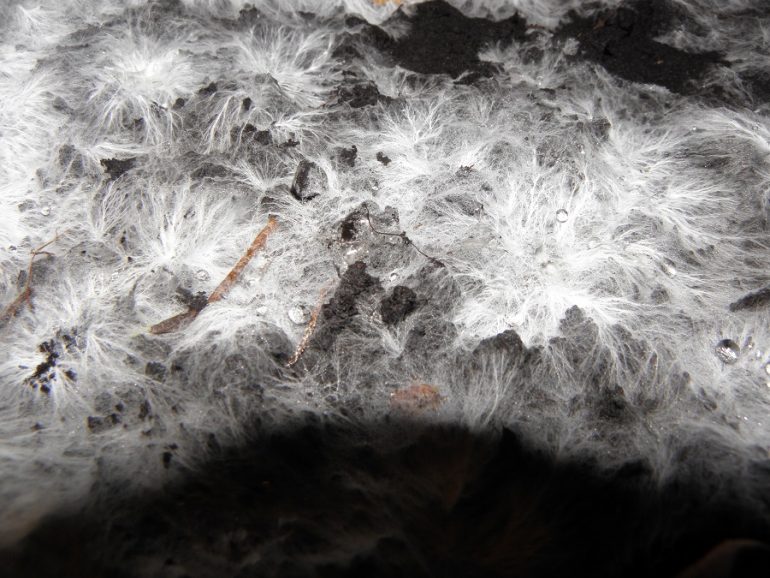 Eight years ago I watched Hilary Mantel give an interview about her endometriosis, an illness she suffered with for years while it was misdiagnosed and treated with antipsychotic drugs. In this interview she described the realization that she would never pursue a career inflexible to the rhythms of her pain, and the realization was one I recognized: the debilitating ache, the endless need for sleep, the pain that sometimes felt all-pervasive and at others pincer-sharp. Equipped with Mantel’s symptoms, I went to the doctor and set about getting myself diagnosed (which happened officially six months later). Since then, I’ve continually wondered what it means that Mantel’s endometriosis was so entwined with her becoming a writer, and how coming to writing from this particular place might impact on the texture of one’s prose, one’s very style.

We need only look to Mantel’s simultaneously poetic and clinical observations on endometriosis itself, on the cells which distribute themselves around the body: “We understand something about its mechanisms . . . Each month, wherever they are, <the cells> obey their nature and bleed.”

We might also look to her fiction. Both Wolf Hall and Bring Up the Bodies are marked by their commitment to the spiritual world, a reality which conducts itself behind a curtain and unfurls alongside the physical world we inhabit: “If I touch the wall, I think my hand will go through it.”

In her essay “Sick Woman Theory”, Johanna Hedva also alludes to this inherently porous quality, reflecting that she is perhaps “more permeable than is acceptable, more sensitive than considered functional.” In this vein of inadvertent connectivity, Emji Spero’s hybrid text almost any shit will do is a textual study of the heightened awareness chronic pain can induce. Having been “thrown onto the ground by the police during the course of the protest,” she calls to mycelial networks to describe their experience of the world:

[I]t’s one cell layer deep, and it just is like miles and miles long, and it’s actually the largest organism on the earth that we know of so far. And so there was this way, when I was living in the Northwest and doing a lot of radical organizing with people up there, that I would have the sense that I was simultaneously connected with them through our social engagement, but also connected by just standing on the very ground of the Northwest and being connected to people who are at great distances from me.

By following the patterns of this organism which lives an inch beneath the surface of the earth and which we all stand atop and sit astride, she inhabits or embodies “a particular point of trauma in my own life in which I was in the middle of an action when I was living in Olympia, Washington, and I was and suffered chronic pain as a result for . . . many years afterwards.”

Chronic pain has altered the texture of Spero’s days, and their material relationship to the world has become a material ache, an all-over-wince. This project that captures emphatic, material embodiment and calls to chronic pain’s ritualistic, repeated return to the same point in the body raises the issue of intensity, of inescapable and emphatic embodiment: once it reaches a certain pitch, pain disallows any distance from the fact of flesh. As Brian Teare says of his experience with an unnamed illness in The Empty Form Goes All The Way To Heaven: “it would have been nice for pain to have gone somewhere else . . .  For me to be able to travel somewhere besides pain, more pain.” In Bluets, Maggie Nelson writes, “It often happens that we treat pain as if it were the only real thing, or at least the most real thing: when it comes round, everything before it, around it, and, perhaps, in front of it, tends to seem fleeting, delusional.” (This urge toward material, visceral emphasis can of course be seen outside of literary writing; Lady GaGa recently described “giant craters” in her hip as a result of her fibromyalgia.)

Also in “Sick Woman Theory,” Hedva writes, “Because of these ‘disorders,’ I have access to incredibly vivid emotions, flights of thought, and dreamscapes, to the feeling that my mind has been obliterated into stars, to the sensation that I have become nothingness, as well as to intense ecstasies, raptures, sorrows, and nightmarish hallucinations.”

In considering how chronic pain might prove formative to a writer’s work over time, it seems a consistent, persistent degree of suffering might render us porous: the body marked by fragility feels less assured in its boundaries, and witnesses itself blending into its surroundings. When I reflect on my adolescent and adult self and my own creative efforts, I must acknowledge there was never a time of aesthetic pursuit unmarked by pain: by pincer-pinch, by cramp and ache, the suspicion that if you move too quickly a particular muscle will tear, the certainty that if someone asks you how you are you will cry. By the time I was thirteen, my own endometriosis had been forming for years, secreting and compacting in crevices across my pelvic floor, begging me detach from my body while assuredly reminding me of my flesh-bound status. In attempting to summarize this conflict between the body’s being emphatically present as well as corroded and transient, and how this dual status manifests in text, there’s a refrain I can’t shake–a refrain cruel as it is comforting: as much as it hurts you now, this flesh is not long for this world.