Home
»
Critical Essays
»
In Defense of the Unsatisfying Ending: The Virgin Suicides 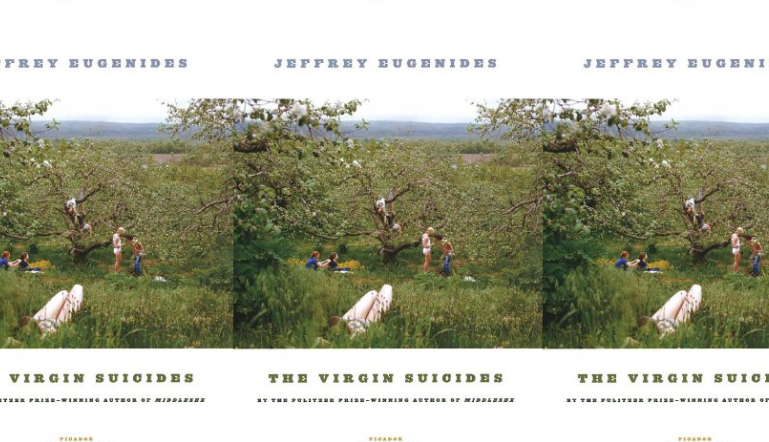 When I first read Jeffrey Eugenides’s The Virgin Suicides at fifteen years old, I knew almost at once that it would be one of my favorite books. Lyrical, unrelentingly dark, and keenly attuned to the perils of being a teenage girl, The Virgin Suicides seemed to be one of a rare breed: a novel written by a man, from a male perspective (a collective male perspective, no less), that demonstrates the male gaze in order to actively critique it.

That is, until I got to the ending. Then, I was livid. So livid, in fact, that it was the only time in my life that I was tempted to write an author just to complain and ask annoying, entirely futile questions that essentially amount to “Why? Why did you do this to me?”

Let me explain. The Virgin Suicides follows the suicides of the Lisbon girls—five beautiful white blonde girls whose mysterious malaise captivates their suburban Michigan neighborhood. The book is narrated by a Greek chorus of neighborhood boys, who were in love with the Lisbon girls and are still haunted by their deaths decades later. They try to make sense of the girls’ deaths by recounting everything they knew about the girls’ lives.

If this narrative device immediately seems like a breeding ground for the male gaze, that’s very much the point. The boys seemingly decry the various types of gendered mistreatment the Lisbon girls suffer, from their parents’ borderline abusive levels of restriction to one sister’s statutory rape, and yet, they actively participate in the sisters’ oppression. They obsessively watch the girls without permission, describe the girls’ appearances in objectifying terms (“bursting with their fructifying flesh” is one early example), and often can’t even tell them apart. In a telling passage, one of the boys visits the Lisbon home and then gleefully reports the news that Lux Lisbon—the most individuated of the sisters—is currently menstruating:

In the trash can was one Tampax, spotted, still fresh from the insides of one of the Lisbon girls. Sissen said that he wanted to bring it to us, that it wasn’t gross but a beautiful thing, you had to see it, like a modern painting or something…. [He] hurried off to tell us that Lux Lisbon was bleeding between the legs that very instant.

The boys’ fascination with the secret world of teenage girls is somewhat played for laughs, especially when they express their surprise that the girls don’t have douches lying around “because [they] had thought girls douched every night like brushing their teeth.” But the lighthearted tone only serves to make the boys’ actions all the more disturbing: after Sissen’s report, another boy, Paul Baldino, proudly announces that he’s going to “watch those girls taking their showers.” And just a few paragraphs later, he finds Cecilia Lisbon naked in the bathtub with her wrists slit, after her first suicide attempt. By juxtaposing this horrific image with Sissen’s discovery of the bloody tampon, Eugenides demonstrates the insidiousness of their fascination with the girls. In a twisted way, Paul Baldino got his wish: he saw a Lisbon girl’s blood like Sissen, along with the added bonus of seeing her naked in the bathtub. While Paul originally viewed this attempt to invade the girls’ privacy as a silly, lighthearted expression of adolescent lust, Eugenides directly connects this “boys will be boys” entitlement to the girls’ trauma.

After Cecilia’s death, the boys’ surveillance of the girls intensifies. They read Cecilia’s diary, steal objects from their trash, and spy on Lux as she has joyless sex with older men on her roof. They watch as the Lisbons’ home situation deteriorates into appalling neglect, but instead of alerting authorities or even asking the girls if they need help, the boys begin to concoct elaborate fantasies about becoming the girls’ white knights:

Thinking back, we decided the girls were trying to talk to us all along, to elicit our help, but we were too infatuated to listen…. Who else did they have to turn to? Not their parents. Nor the neighborhood. Inside their house they were prisoners; outside, lepers. And so they hid from the world, waiting for someone—for us—to save them.

While the boys view themselves as romantic heroes, Eugenides repeatedly intimates that the boys are so busy “loving” the girls, they never bother to get to know them. When the boys are lucky enough to take the girls to the school dance and make out with them a little, the narrator says, “Even though he tasted mysterious depths in Bonnie’s mouth, he didn’t search them out because he didn’t want her to stop kissing him.” And when the girls lure them to the house with the promise of running away together, only to kill themselves while the boys are feet away from them, the boys seem to realize their mistake. “We had never known her,” the boys think to themselves when they find Bonnie dead. “They had brought us here to find that out.”

The actions of the girls themselves serve as the harshest indictment of the boys’ tendency to both sexually and romantically objectify them. The girls take back their own narrative from their admirers by following the script of damsels in distress—leaving pictures of the Virgin Mary in their mailboxes, playing records over the phone, calling the boys over to run away and ride off into the sunset—only to kill themselves with the boys in the house. Not only do Bonnie and Therese wait until the boys are in the house (distracted by the tantalizing possibility of romantic contact with Lux) to commit suicide—Lux waits until they have left in horror, so they will have to live with the fact that they might have been able to save her. The girls very explicitly punish the boys not only for objectifying them but also for arrogantly thinking of themselves as the girls’ saviors.

In the end, we discover that the boys are now middle-aged men, looking back on these events while sifting through a shrine of the girls’ decayed personal objects. They admit that they will never know the motive for the girls’ suicide, but then, rather than admit complicity in the girls’ suffering, the narrators end the novel with a harsh rebuke of the girls’ perceived cruelty and selfishness:

The essence of the suicides consisted not of sadness or mystery but simple selfishness. The girls took into their own hands decisions better left to God. They became too powerful to live among us, too self-concerned, too visionary, too blind…. They made us participate in their own madness, because we couldn’t help but retrace their steps, rethink their thoughts, and see that none of them led to us. We couldn’t imagine the emptiness of a creature who put a razor to her wrists and opened her veins, the emptiness and the calm. And we had to smear our muzzles in their last traces, of mud marks on the floor, trunks kicked out from under them, we had to breathe forever the air of the rooms in which they killed themselves.

When I read this passage at fifteen years old, I was furious. I thought this ending, which centered the boys’ narrative over the girls’, undermined everything that came before. Sure, one could argue that some of the girls’ actions were morally ambiguous, but wasn’t this entire novel working to make the reader empathize with them and their plight? I questioned my reading of the novel as feminist and wondered whether my own biases had colored my interpretation of the text. I felt dissatisfied, like I had been cheated out of a proper ending.

But that frustration was ultimately very productive. It made me think about this book for years, made me read it again in college and then again in adulthood. I returned to it obsessively for reasons that almost escaped even my understanding, much like the male narrators of the novel returning to the artifacts from the girls’ lives. And like those artifacts, the novel continued to frustrate, continued to provide more questions than answers, but again, in a productive way. My frustration inspired a closer reading of the last few pages, which led to a discovery of one of Eugenides’s trademark winks at the reader, in which the middle-aged narrators admit that they didn’t care about the girls’ suffering, they only cared that they would be the ones to fix it:

It didn’t matter in the end how old they had been, or that they were girls [emphasis mine], but only that we had loved them, and that they hadn’t heard us calling, still do not hear us, up here in the tree house, with our thinning hair and soft bellies, calling them out of those rooms where they went to be alone for all time.

This ending felt jarring to me as a teenager because it’s intended to be jarring. While the typical novelistic narrator would experience some sort of reflection and growth as a result of these experiences, these characters remain in a state of arrested development. Rather than moving on with their lives in the intervening decades, they are still staring at teenage girls’ personal objects, like Converse and bras. Their lifelong obsession with the girls is meant to be narcissistic (and more than a little creepy), and the selfishness they ascribe to the girls is really a projection of their own.

As satisfying as it might have been to my fifteen-year-old self, it wouldn’t have rung true for the men to suddenly gain insight into their own hypocrisy, just as it wouldn’t have rung true for, say, Humbert Humbert. It makes more sense, after the girls try desperately to take back their narrative, that the boys would feel the need to steal it back from them. Any kind of self-realization on the narrators’ part would have cheapened the wonderful ambiguity of the ending, which is intended not to satisfy readers but to gnaw at them until they feel the injustice of the Lisbon girls’ stolen subjectivity