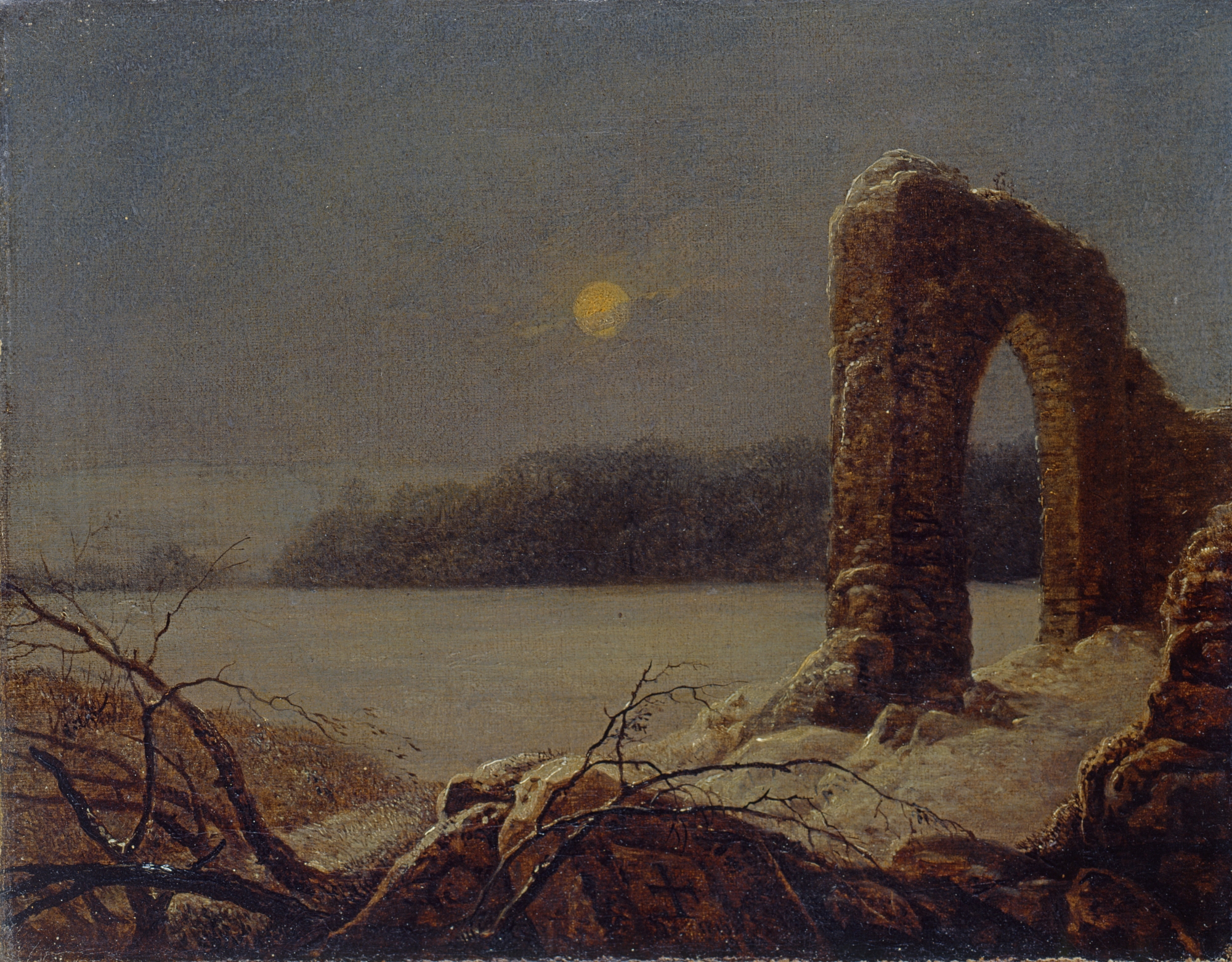 Poetry was never Katherine Anne Porter’s central pursuit: as Darlene Harbour Unrue notes in her introduction to Katherine Anne Porter’s Poetry, Porter was “never a first-rate poet, by her own admission.” But the pieces within are hypnotic—Porter’s distinctive and authoritative speakers conjure vast worlds in small spaces. As Unrue says, Porter “left behind a poetic canon that contains pleasant, original lyrics.” Using mythical, lyrical language, Porter crafts poems rife with narrative ambiguity. They beckon the reader into worlds animated by witches and kings, stones that speak.

“Witch’s Song” is a rhythmic poem that reads like an incantation. Its images are uncanny, verging on otherworldly. The opening stanza introduces the speaker’s strength and defiance:

Tie my left great toe to my slim right thumb,
Tie my left slim thumb to my right great toe—
Let your scared green faces be smitten dumb,
When the water shall cradle me so.

The speaker’s voice is commanding even as she floats bound in a lake: “The lake is my friend—a witch and the water / Are bound with a tie—are mother and daughter.” The speaker in “Witch’s Song” prefigures the independent, somewhat isolated female protagonists in short stories like “Holiday” or “The Grave.”

Though Porter’s palette in this poem is magical, supernatural, it explores with directness some of the motifs and moods that emerge more subtly in her fiction. As Unrue notes in her introduction, this is one of the reasons to read Porter’s poetry: her poems “are emblems for […] the subjects, forms, themes, images, and symbols of her more exquisitely wrought fiction.” “Witch’s Song” sketches a number of Porter’s central interests—death, survival, isolation. Porter creates character in a small space, and a story that has the potential to move in multiple directions.

The poem is also energetic, full of em-dashes and exclamation points, and it’s exciting to see Porter experiment with the form of song, its layout on the page. By using a magical register and introducing narrative ambiguity, Porter’s “Witch Song” reads like a distillation of her fictional moods, stripped of place and plot.

In “Enchanted,” the speaker, too, uses rich magical imagery: “marvel and be still / To see a wraith of fiery magic pass / over my dark door sill.” Though the language is somewhat overwrought, the poem reads as an extension of the emotions in some of Porter’s more naturalistic stories—the superstition of the protagonist in “Maria Concepción,” for example. It’s a short poem in which the speaker observes an unspecified home and neighborhood, and the potential for magic, literal or otherwise, in the setting; within the familiar, there’s potential for disruption and uncertainty. The third stanza is electric with possibility:

Do not bewilder me, swift hunting moon,
With arrows of amazement in my eyes;
If these steep roofs should bloom, these stones should sing,
I would not know surprise!

Though it veers towards melodrama (“arrows of amazement”), it’s an exhilarating stanza because of its expansiveness—the poem ends by welcoming mystery, by acknowledging potential for transformation. Porter’s poems, unlike her fiction, often unfold in nonspecific settings, giving them an aura of possibility and throwing the speaker’s voice into sharp relief.

In contrast with “Enchanted” and “Witch’s Song,” the speaker in “Little Requiem” narrates a story in third person. It’s a requiem for a woman who:

Should have had the state
Of a king’s daughter,
Or a hut of willow branch
Near running water.

Instead, the woman “had none of these, / But a song instead, / She has well hidden herself / With the beaten dead.”

Again, Porter adeptly sketches character in stripped-down language, using tropes from fairytale and folklore. The world of “Little Requiem” is one of kings and “running water,” songs and “scaled silver armour.”

The language of “Little Requiem,” like that of “Enchanted,” invites possibility and ambiguity into the poem through the repeated use of “Or.” “Or” surfaces in descriptions of what the woman “should have had”: for example, “Or a scaled silver armour” “Or a sweet lie in her mouth / For a lying lover.” These multiple potential narratives amplify the central tragedy:

Since for lack of these things
She knew herself lost,
She has well chosen silence
With her hands crossed.

Though the poem begins with mythical imagery, it ends with a quiet moment—solitude and death. As in “Enchanted” and “Witch’s Song,” Porter sketches character and drama without specifying place or pinning down plot.

Porter’s poems come alive because of their speakers. The angry, proud witch in “Witch’s Song”; the breathless, unnamed speaker in “Enchanted,” waiting for magic in her “quiet house”; the narrator of “Little Requiem,” who eulogizes her subject with lyrical ambiguity. In the sketching of character, however quick, these poems gesture towards narrative even as they complicate and refuse it. The poems create vivid and enticing worlds. Perhaps it’s from these miniature yet expansive worlds they draw their hypnotic power. And maybe the vividly-rendered speakers in Porter’s poetry inform the independent, observant, and reflective narrators and protagonists that populate many of her stories.