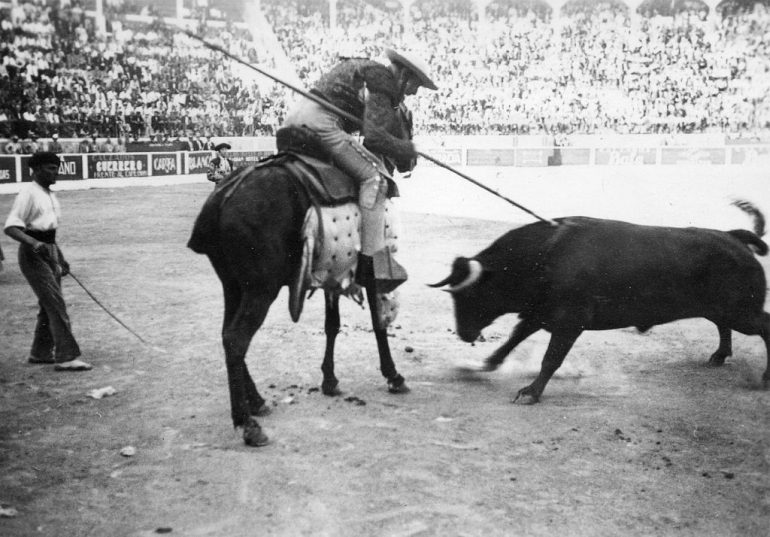 One of the most important parts of my education, both as a writer and a human being, has been studying anthropology–and in particular, learning to write ethnographically.

Typically, when one talks about ethnographic writing, people call to mind the colonial history of anthropology–of Victorian nobility traveling to the furthest reaches of empire to record “native” cultures and customs. It is primarily a relationship ridden with imbalances of power, “othering,” and the categorization as “primitive” whatever was not white or Christian.

Studying anthropology, you are never not made acutely conscious of this history. It is, or should be, the same as when studying history, or politics, or science. The language and paradigms of oppression are ones we must continually be un-learning.

But what makes anthropology so utterly poignant to me, as a discipline, what makes it remarkable, is what comes through in the process of ethnographic fieldwork, and what is often the only tangible evidence of that process: what has been written.

There are more than enough books written about the ethnographer’s struggle with language–the perpetual reflection, undoing, and remaking of language to describe human encounter; the gaze and the gazed-upon; the gazing-back. In contemporary anthropology, the ethnographic encounter is one in which the anthropologist must continually undo and remake herself–must account as far as she can for every element of context she can think of–the history of the place, the person, their social class, their religion, their physicality, their psychology, the weather that day. Must, in trying to responsibly write about their way of being, way of doing, nearly anything at all–whether bearing a child or cooking a meal or golfing or posting a Facebook status–enter into their lives as wholly yet unobtrusively as they can, all the while accounting for her own history, context, baggage, impact, gaze. It is a balance, a continual re-negotiation of power, looking, and speaking.

While it is true that the language of anthropology must largely conform to the stringent specificities of the social sciences and of academic language, there is also a profound and sometimes overwhelming space for the sensory, the lyrical, and the emotive, and nowhere more so than in writing from the field. What has become known as “thick description”–field notes that detail the sensory, the emotive, and the tone and timbre conveyed through visceral details in every encounter with a research participant, through living physically in the place where the ethnography is based, eating local food, walking local roads, sleeping in a bed in a house, attending a funeral–lends itself to, and indeed demands, a certain lyricism that gives ethnographic writing its persuasive power.

In The Last Word: Women, Death, and Divination in Inner Mani, writing on women mourners in rural Greece, C. Nadia Seremetakis writes with a restrained lyricism throughout her accounts of the region’s history and gender dynamics. She writes with nuance in explaining the effects of blood feuds and killings for the sake of honor, revenge, and family and bursts finally into a furiously visceral, awake, and empathetic language as she experiences a funeral firsthand, melding the conceptual, the spiritual, and the visceral to say, “the vocality of women, the signs of dreaming and warning, the signs of death itself, are wild.”

What captures my imagination, what shakes me to the core, is the profound vulnerability evident in every word of truly great ethnographic writing, as in all writing. There is an element of profound risk, of rarefied attention, because in this encounter, the stakes are so tangibly, viscerally high.

Garcia Lorca, in his essay on the duende, writes magnificently about what is at stake in artistic endeavor,–how the poet, singer, dancer, enters the creative act as a bullfighter enters the arena of death. The self is unmade and made again in its encounter with whatever force lends art its breath, its blood. I would argue that the ethnographer has an even more terrifying task. In trying to write about human encounter, in which one has come to a place either foreign or familiar and has been challenged to undo ones’ own prejudices and assumptions in order to enter the world of another through every sense of the body and mind, in order to pay attention to that person, to learn their habits, their language, their places of work, of pleasure, of mourning, of worship, to walk with them to the shops, to talk with them about what happened when they were little, to cook food together, to go to the funeral of their mother, to approach them in grief, to approach them with the arrogance of asking, and asking, one simultaneously sheds one’s own skin and encounters it again–glaringly familiar, terrifyingly foreign. One comes, often, to care deeply for people who often do not need you, from whom you are receiving something you yourself asked for. You are writing something about them and for them that may be all wrong, and that may show you to be inadequate, grasping, unseeing, unfeeling–all, all wrong.

You enter the arena of the encounter as we enter the arena of love, of death. You are not only contending with your own responsibility, your own love, your own duty to another thinking, feeling, remembering, human soul, history, community, and way of being, but to the duende that governs how you tell that story, whether it is able to capture what you yourself have bodily endured, and seen, and touched. You meet people, and you eat with them, and speak with them, for days, months, years, perhaps. You attend funerals, and weddings, and baptisms. You learn their language, their religion. You see, perhaps, people in trouble, people hurt, people poor, or harmed, or starving. You help, perhaps, where you can, but you can’t help, too. You can’t save a single person, you can only love, find yourself loving so hard, living so deliberately, and loving so unexpectedly, and always, always leaving, eventually. And you know that you don’t know them at all, in the end.

But still, you have to write it, somehow, whatever “it” was. You have to come back with a story, with field notes, with some insight, and express it to others so they understand, somehow, so they come at least some of the way into it with you. Dorothy Allison wrote, “When I sit down to make my stories I know very well that I want to take the reader by the throat, break her heart, and heal it again. With that intention I cannot sort out myself, say this part is for the theorist, this for the poet, this for the editor, and this for the wayward ethnographer who only wants to document my experience.”

Hand in hand with that is the knowledge that all language, all description, is doomed to failure; in anthropology, it is doubly beset by doubt, by danger–because of course, too much affect, too much imposition of the feeling anthropologist on the text and the focus shifts, becomes centered on the viewer, and the person it attempts to describe is lost. In The Vulnerable Observer: Anthropology That Breaks Your Heart, Ruth Behar writes, “Vulnerability doesn’t mean that anything personal goes. The exposure of the self who is also a spectator has to take us somewhere we couldn’t otherwise get to. It has to be essential to the argument, not a decorative flourish, not exposure for its own sake. It has to move us beyond that eclipse into inertia, exemplified by Rolf Carie, in which we find ourselves identifying so intensely with those whom we are observing that all possibility of reporting is arrested, made inconceivable. It has to persuade us of the wisdom of not leaving the writing pad blank.”

To me, as a novice both in writing and anthropology, the discipline demanded by powerful ethnographic writing, the ruthless balance between attention and vulnerability, discipline of thought, intent, theory, and the sheer human force of encountering another so starkly is one that I feel is essential to striving to be better at the telling of anything. In reading Seremetakis’ moving accounts of mourning and power and vocality, in reading Behar’s writing on navigating personal grief in the process of conducting fieldwork, in reading Unni Wikan as she is gently corrected by a Balinese research participant and told, “[I]t is true what you say, but it is not the way we think,” the poetic force and discipline behind a lot of ethnographic writing is a powerful reminder of what a genuine attentiveness to others, the self, and the world could be.