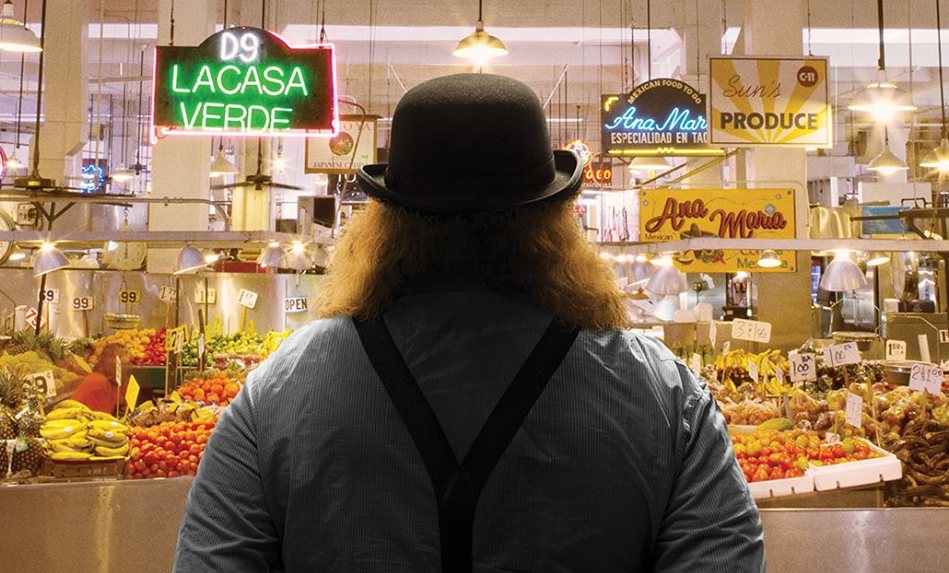 Very few writers I know got any writing done last month. We posted article after article about how the apocalypse has started or could potentially be avoided, or what great writers have said about fascism and resistance, or how artists can help marginalized groups. We looked at our manuscripts and saw only futility.

A few days after the election, a friend sent me Los Angeles food critic Jonathan Gold’s excellent essay “A Neighborhood Just West of Downtown.” In it, Gold writes of Koreatown’s recovery from the 1992 Los Angeles riots. He recounts unlucky restaurants too close to liquor stores lost in the fires—strip mall Pakistani, Thai, and Salvadoran restaurants burned. “In one mall, newscasters have been lining up for standups against scenes of picturesque devastation the way that 747s sometimes circle over O’Hare.”

But even after disaster, life moves on. There were “noodle shops and dumpling houses, doughnut stands and taquerias that swept away the broken glass and were running again the morning after the troubled afternoon.” His neighborhood was shell-shocked, but it was alive.

The friend who handed me Jonathan Gold’s essay is an aspiring food writer fascinated with how socioeconomics makes itself known in restaurant culture. Jonathan Gold has spent the last thirty years writing about restaurants most food critics would not—noodle shops in Koreatown, Ethiopian restaurants in strip malls, the counters and holes-in-the-wall where Los Angeles’s immigrants stop for a bite to eat. This is writing that matters in a format that could be considered frivolous, the lowly newspaper restaurant review taking on race and immigration and politics along with dandan noodles and Sichuan peppercorns. Reading Jonathan Gold made sense to me last month in a way that working on my own writing did not.

I found comfort in Gold’s essay. Even after disaster, a community must eat. It must feed itself to do the work that needs doing. Of course, I was seeing in it what I wanted to see. Gold’s short essay implies much greater complexity: race relations, the media’s habit of sensationalizing violence, the plight of working immigrants swept up in events that change a city forever. But there’s also the comfort of food. Halal meats and Thai curries, drying fish and cabbage curing in the sun.

We are all recharging, feeding ourselves, and when we have done that, we will write, resist, and find ways to make our small megaphones louder. Gold writes of “A lone, well-lighted Salvadoran restaurant in a blocklong burned-out mall [that] stands improbable sentinel, churning out pupusas and carne asada although surrounded on either side by ruined stores, smoking rubble and military patrols.” Even when your world is burning down, you still have to feed yourself.