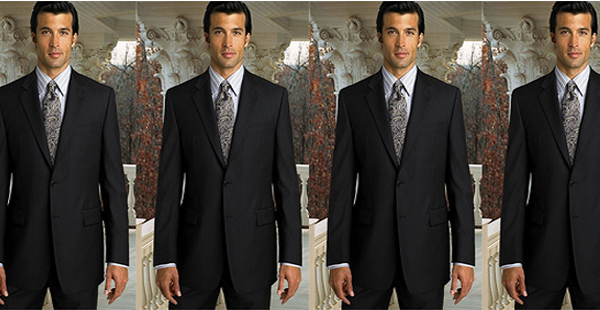 In social justice activism, offensive rhetoric is considered a form of toxic pollution. Language shapes our culture, society, and schema for thinking about different groups, and so can never be considered harmless. The only venue in which politically incorrect language gets a free pass, so to speak, is humor. Political satire often uses otherwise damaging rhetoric as a means to expose the absurdity of certain arguments and attitudes, and it’s considered acceptable, so long as the caricatural villain spouting the vitriol is played for laughs.

But what happens when bigotry is coded not as comedy, but tragedy? And not just for the oppressed, but for the oppressor? This is a much thinner tightrope to walk, as Bernie Sanders discovered recently when Mother Jones unearthed his brazen and controversial essay about gender roles from the seventies, which graphically depicts a fictional couple indulging in rape fantasies—the woman imagining herself as the victim and the man projecting himself as the perpetrator—and then turns into an explicit lament of normative gender roles and their deleterious psychological impact on individuals of both genders.

And men. Men are in pain too. They are thinking, wondering. What is it they want from a woman? Are they at fault? Are they perpetrating this man-woman situation? Are they oppressors?

Although the narrative devices used in the essay could be construed as sensationalist, the overall message is, in fact, feminist. As a work of fiction, it leaves a lot to be desired (which one would only expect from a future presidential candidate), but interestingly, the essay is essentially a more ham-fisted—and considerably less literary—version of the most memorable vignette in David Foster Wallace’s Brief Interviews with Hideous Men, which begins: “And yet I did not fall in love with her until she had related the story of the unbelievably horrifying incident in which she was brutally accosted and held captive and raped and very nearly killed.”

This installment of the collection follows a man who confesses that he picked up a “Granola Cruncher” type of woman in the park, intending to sleep with her and never call her again, but then became emotionally attached to her after she recounted the story of her rape. Like most of the stories in Brief Interviews, it features a narrator that is unquestionably misogynistic, and although there is certainly a sense of mordant humor demonstrated throughout, the overall arc is a tragic one, resembling a classical fall from grace. In less artful hands, this story would run the risk of painting misogynists as tragic heroes, or at the very least, painting men as the “real victims” of the patriarchy. But instead, Wallace employs a consistent sense of self-awareness, and language imbued with a sense of shame, so the reader never forgets that this is, in fact, a “hideous man.”

The unnamed narrator is privilege incarnate, dismissing the woman he’s picked up as childish and her New Age philosophy as “daffy,” freely admitting that he can’t take her seriously as a human being (“Fluffiness or daffiness or intellectual flaccidity or a somehow smug-seeming naïveté. Choose whichever offends you least.”), and demonstrates some casual racism for good measure (he doesn’t want to criticize her for getting into a car with a “mulatto” because “in a way you have to applaud the broad-mindedness”). And, most telling of all, when the woman recounts that she convinced her rapist not to kill her by showing him love, compassion, and feigned sexual willingness, he is impressed with her ability to effectively undo her rape: “If a woman as a rapist comes at her and mounts her can somehow choose to give herself, sincerely and compassionately, she cannot be violated or raped, no?”

The absurd phrase “woman as a rapist” is key to the tragedy of the story; just as the rapist starts to weep when the woman seemingly takes away his ability to brutalize her, the narrator is exposed as a wounded, fragile soul (much more emotionally delicate, in fact, than the female rape victim). He deeply identifies with the rapist in the woman’s story, sadly concluding that the rapist’s crime is a dysfunctional means to forge a connection with another person.

It is his twisted way of having a, quote, relationship. Most conventional relationships terrify him. But with a victim, raping and killing, the sexual psychotic is able to forge a quote unquote connection via his ability to make her feel intense fear and agony, while his exultant sensation of total Godlike control over her—what she feels, whether she feels, breathes, lives—this allows him some margin of safety in the relationship.

Even before it is made explicit, the connection between the narrator and the rapist is self-evident. Although the narrator hasn’t committed physical violence against the woman, he has objectified and deceived her in an attempt to feel an emotional connection without risking vulnerability. But that subtext becomes text when the narrator admits that the rapist’s actions are “of course, not substantively different” from picking up a woman, “making her come over and over until she’s quote begging for mercy and is totally under his emotional control,” and feigning post-coital intimacy with her even as he’s planning his escape.

The variation is simply the psychotic one of substituting rape, murder, and mind-shattering terror for making exquisite love and giving a false number whose falseness isn’t so immediately evident that it will hurt someone’s feelings and cause you unease.

Regardless of any political implications, the story is intensely humanist, but it also manages to sidestep accusations of trivializing or condoning misogyny by engaging in consistent meta-commentary on current gender theory. He expresses constant fear of being judged by his (implied to be female) interviewer, insisting that he would never imply that the woman “asked for it or decided she wanted it,” even as he makes that very implication. And when he admits that he didn’t truly “see her” until she was recounting a traumatizing rape, concedes being a perpetrator of the “well-known Male Gaze”—even as he feels the need to, in true Men’s Rights Activism fashion, decry the “well-known Female Gaze” as well. In this story, Wallace consciously portrays a new kind of misogynist in the modern age: one who is just socially aware enough to be ashamed of his views on women, but not evolved enough to change them.

Although humor is a less risky avenue towards satirizing offensive views, the palpable sadness of the story works in conjunction with this self-awareness to portray the tragedy of his pathology while still condemning it. Like the “man” in Sanders’ essay, the narrator is aware that he is a part of the problem, an “oppressor,” but can’t make himself vulnerable enough to meaningfully engage with this fact. Instead, he just allows his shame to fester until he takes it out on the nearest woman, as is seen at the end of the piece:

I know how this sounds, trust me. I know your type and I know what you’re bound to ask. Ask it now. I felt she could save me I said. Ask me now. Say it. I stand here naked before you. Judge me, you chilly cunt. You dyke, you bitch, cooze, slut, gash, cunt. Happy now? All judgments confirmed? Be happy.

In broad terms, the story is “feminist,” although calling it such is almost reductive, since the implied author is keenly aware not only of the controversial nature of the subject matter, but of the problematic nature of the narrative’s very existence. Is it inappropriate to sensationalize rape, even if the overall message critiques societal gender roles? Can a story written by a man from the perspective of a man escape accusations of the “well-known Male Gaze,” even as it engages with the term? Brief Interviews (and even Bernie’s essay, to a lesser extent), succeeds because it lives in these ambiguities. The subject matter is uncomfortable for a productive reason; it wants us to wallow in this discomfort. It wants us to be conflicted, disturbed, upset, and just a little bit ashamed, because that is the only appropriate response to such a pervasive, faceless, and seemingly intractable predicament.