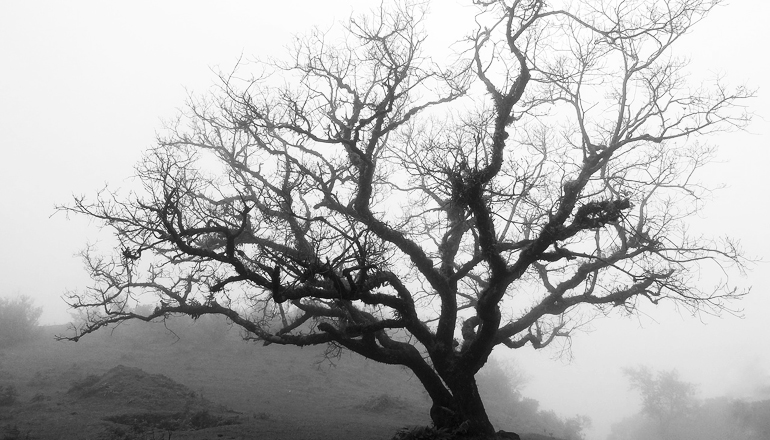 Poets often respond to other poets in their work. With fiction, these connections are less apparent and yet they are there, as writers want to pay homage to or have a conversation with another writer. Our first pair of stories is William Trevor’s “Three People” and Yiyun Li’s “Gold Boy, Emerald Girl.” You can listen to Li read “Three People” here, and you can read “Gold Boy, Emerald Girl” here.

“Three People” is included in Trevor’s collection The Hill Bachelors, published in 2000. The story takes place in a small town in contemporary Ireland, one of Trevor’s favorite locales, and it explores the relationship between Mr. Schele, an older man; Vera, his grown, unmarried daughter; and Sidney, a middle-aged man who the father hopes will marry Vera. All three characters are lonely and often alone with their thoughts; dialogue rarely dips beneath the surface and moments of interiority also come infrequently. As a reader, this means that we are immediately caught up in the mystery of the story, trying to make sense of this triangular relationship by following the clues that Trevor places so precisely.

The first half of the story is told through Sidney’s point-of-view; we slowly learn—in Trevor’s inimitable way—that Vera and Sidney share a secret unbeknownst to the father. But Sidney only gives us the barest bits of information:

He had just turned twenty when he first helped Vera. In Mr. Schele’s house they do not ever mention that. They do not talk about a time that was distressing for Vera, and for Mr. Schele too.

In the second half, we learn—again, very slowly—what exactly happened that is never discussed. The point-of-view shifts between the three characters, although the access to Mr. Schele’s thoughts is minimal. And it is when we are with Vera, in church, that we finally learn what she did and why Vera and Sidney are tied together forever: she killed her sister, and he lied to protect her. The present tense of the story works wonderfully to underscore the pressure of that past on the present; we flip back and forth between past and present as the story unfolds.

The darkness of their secrets lit, the love that came for both of them through their pitying of each other: all that might fill the empty upstairs room, and every corner of the house. But Vera knows that, without her father, they would frighten one another.

The future, then, is unsure and feels haunted. Surely Mr. Schele will die in the not-so-distant future. Sidney and Vera will be left together, and Trevor leaves us with that unsettling sense of doom.

Yiyun Li has spoken often of her respect and admiration for Trevor’s work. Many of Li’s short stories are, in fact, directly linked to Trevor’s; Li writes: “I like to imagine many of my stories having conversations with his stories.” “Gold Boy, Emerald Girl” is the title story in Li’s second short story collection, published in 2010.

Li’s story is placed in contemporary Beijing. Here, too, we have three lonely characters: Professor Dai, a retired professor of zoology; Hanfeng, her middle-aged son, recently returned from the States; and Siyu, the professor’s former student. It is fascinating that Li chose to change the genders of all three characters in Trevor’s story. And not only are the genders reversed but unlike Mr. Schele, whose presence is vital yet somewhat ghostly, Professor Dai is the one who orchestrates the events of the story: she brings her son and her student together with the goal of creating an arranged marriage.

The story begins with a formal meeting between Hanfeng and Siyu. The point-of-view moves back and forth between the two characters, and we learn quite a bit about both characters and their histories. Li provides more interiority than Trevor with moments of insight that are often stunning. Her language on the sentence level is beautiful and the way her sentences flow and branch is reminiscent of Trevor.

We never have access to Professor Dai’s thoughts but we learn the source of her sadness in the advice she gives Siyu about marriage:

You could feel trapped by the wrong man…you would have to wish for his death every day of your marriage, but, once the wish was granted by a miracle, you would never be free of your own cruelty.

It seems clear by the end that the arranged marriage will come to pass. Li consciously steers her story towards a more hopeful place. The end of her story is gentler than Trevor’s:

They were lonely and sad people, all three of them, and they would not make one another less sad, but they could, with great care, make a world that would accommodate their loneliness.

Even as the three characters are bound to each other, as they are in Trevor’s story, there is hope in Li’s story. The lovely phrase “with great care” inserts a note of grace to her ending. It is almost as if to “make a world”—an act of creation—will allow these characters to move beyond false social constraints and, we hope, experience some small bit of happiness.