Home
»
Series
»
The Limits and Freedoms of Literary Regionalism: The Cycle of Isolation in Sherwood Anderson’s Modernist Midwest 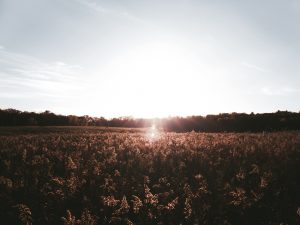 Seasonally-speaking, our environment is always in a cyclical state: just as winter comes then goes, so too will spring, then summer, then fall. There is a spirit of comfort embedded in our dependency on these returns―in a way, the excitement that comes from the unexpected is matched only by our trust in the familiar. In Sherwood Anderson’s 1919 short story cycle Winesburg, Ohio: A Group of Tales of Ohio Small-Town Life, the pre-industrial Midwestern setting is in a cyclical state as well. The book illustrates the challenges faced by repeated characters by placing them within a seemingly never-ending environment of isolation―as best demonstrated by Elmer Cowley in “Queer.”

Loosely based on Anderson’s hometown Clyde, Ohio, Winesburg, Ohio contains twenty-two stories that reference each other―all highlighting specific characters who are bound by their shared feelings of loneliness. This cyclical, self-aware form of storytelling situates Winesburg as an early work of Modernist literature. Anderson’s choice to tell the tale of Ohio in fragmented episodes is an obvious departure from the novel: a classic form that would have ensured Anderson’s audience found reassurance in the narrative’s linear progression from beginning to middle then end. The First World War, however, eradicated the fantasy that the path to any ending is a direct one. Anderson, inspired by both the environment of the Midwest and his time, divided shared suffering into individual experiences all stemming from the same, universal source. Winesburg, Ohio becomes, then, a fractal of isolation, made more endless by the geographic loneliness of a prototypical small town.

Winesburg’s physical distance (115 miles, to be precise) from Ohio’s more populated capital, Columbus, is reflected thematically through how difficult it is for Anderson’s characters to reach each other. In “Queer,” Elmer, a young storekeeper, is centrally concerned with his outsider status compared to everyone else in Winesburg. Of his family’s store, Cowley & Son’s, Anderson writes: “The store itself was indescribable. Will Henderson once said of it that it sold everything and nothing.” This emptiness, made worse by the promise of complete fullness just prior, is a thread―a very American one―woven throughout the collection. The notion that a life full of happiness and prosperity is guaranteed to those who prioritize their work is overruled by Elmer’s palpable dejection. This cycle of stories reminds us, through careful and artful repetition, that the American Dream exists on a spectrum: in a region untouched with industry and the population to mobilize it, the fullness of a Dream realized becomes even more difficult to attain.

To further illustrate the stagnancy of this pre-industrial Ohio town, Anderson uses the fixedness of Elmer’s wares to demonstrate Winesburg’s lack of action. “The honey had stood in the store window for six months. It was for sale–as were also the coat hangers, patent suspender buttons, cans of roof paint, bottles of rheumatism cure, and a substitute for coffee that companioned the honey in its patient willingness to serve the public.” Anderson uses honey, a slow-moving substance preserved by its viscosity, to illustrate the passage of time.

Similar to the delayed drip of honey to a vessel, Elmer’s growth in this town is described with focused attention yet little surprise: “Elmer had lived in Winesburg for a year and had made no friends. He was, he felt, one condemned to go through life without friends and he hated the thought.” This is not to say that the Midwest is the sole location of loneliness; rather, it is Sherwood Anderson’s first-hand entry point into a world made bleak by the cycle of limited opportunity and disenchantment. During a time when cities were growing with great speed, Anderson slows his narrative down (to the point of reducing it to several short stories) in order to demonstrate the jarring isolation that comes with feeling left behind.

Elmer is a character who’s anger comes from not being a part of the “in crowd,” without realizing that his anger is misplaced because there are more people who are as “out” as he is than “in” anyway. But the limitation of Midwest spaciousness is that it is challenging for Elmer to find many opportunities to introduce himself to people outside of Winesburg, thus lessening his chances at landing on the human connections he yearns for. Sherwood Anderson pivots from writer to cartographer by using the remoteness of his region to understand the rocky terrain of Elmer’s loneliness.

For Sherwood Anderson, the short story cycle is an expression of literary Modernism but also an attempt at having his content in conversation with the self-imposed isolation of his craft. He insists upon othering his characters, like Elmer, as a way of rejecting any one truth. By normalizing disjointed narratives, Anderson effectively normalizes the long and sometimes solitary path to individuality, making the American canon much more colorful, particularly where small, Midwestern towns are concerned.