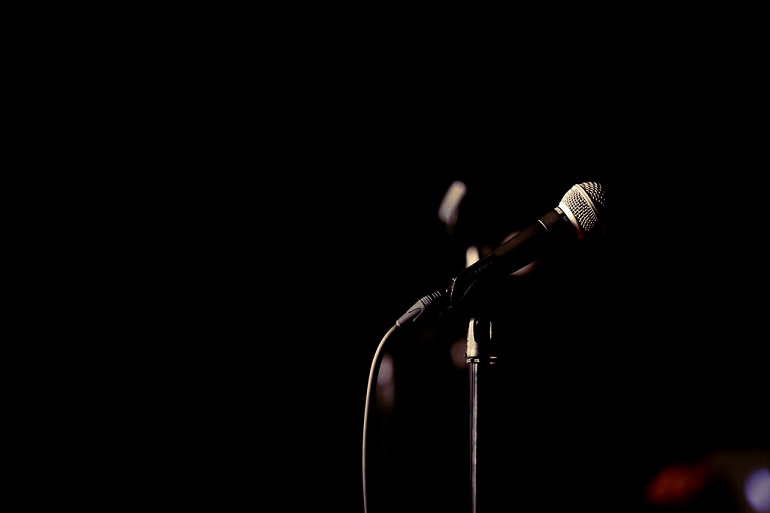 “The need for this organization, like anything else, stemmed primarily from personal need and personal loneliness,” says Joseph Legaspi, co-founder of Kundiman, a nonprofit dedicated to the creation and cultivation of Asian-American writing. But the idea for it occurred when he was feeling neither emotion. He and the poet Sarah Gambito were eating skewered cubes of barbecued beef during a party of Filipino families in a Scarsdale, NY backyard.  As they took in everyone’s camaraderie and pleasure at being together, they agreed: “We should have something like this for Asian-American writers.”

Since then, Kundiman has become one of the most exciting and admired literary communities in America. Its story begins with a handful of people, scraping together funds and finding volunteers, to get going.

After their picnic epiphany, Legaspi and Gambito began by talking with respected Asian-American writers about the American poetry community and its institutions. Both poets had recently completed MFAs from well-known schools; both recognized the way those programs could stifle the exploration of race, history, and identity in a workshop setting. They came up with the idea of a five-day long writing retreat.

Gambito provided the seed money by selling stock in the company where she was employed. “It was the Internet craze. At Juno [one of the early providers of dial-up Internet access] I had a huge budget. There was this feeling you could do anything. So, why not something for Asian-American writers?” she says.

They also talked to the leaders of Cave Canem, an organization of African-American poets, which was two years old at the time–one that remains a touchstone for many other organizations. “We were at AWP in Chicago handing out flyers,” says Gambito about their experience soliciting possible applicants to get the first Kundiman retreat off the ground. “And I remember Cornelius Eady [one of Cave Canem’s founders] just smiling and saying, ‘You can do this’. They offered faith that it could happen.”

Legaspi also adds: “They advised us to start small and not overreach. To be mindful of our strength, but also our limits. That it would be a long haul, requiring hard work and plenty of time and sacrifices. To stick to our mission with room for modification.”

Gambito arranged for meeting space at the University of Virginia, where she had been an undergraduate. They asked friends and tapped into their networks to find faculty. The first Kundiman retreat kicked off in 2004. During the early years, writers such as Marilyn Chin, Ishle Park, Aimee Nezhukumatathil and David Mura waived their fee to come and teach: there was just excitement about the endeavor, a space where the rigorous cultivation of craft could go hand in hand with the personal exploration of the Asian American experience.

The model was, and continues to be, a fellowship. Eighteen writers are accepted to the program in poetry, and since 2014, fiction. Each fellow has the opportunity to return two more times to a Kundiman retreat. This scenario—eighteen writers with a breadth of writing experience—encourages mentoring between fellows as well as between faculty. It also means that only nine new writers enter the program each year. This year, the organizers received 360 applications for spots in the two programs.

“The turning point came when the cohort began having success,” says Oliver de la Paz, co-chair of the advisory board and part of the original start-up team. The fellows began winning prizes and citing the space Kundiman had provided them to explore their art as a factor in their work. Then, the organization began attracting donors, which enabled them to hire staff, pay their teachers, and offer honorariums.

As it has grown, Kundiman has branched out and into other initiatives. Since 2010, it has sponsored a poetry prize, first in conjunction with publisher Alice James Books and now Tupelo Press. “Kundiman is one of the most important incubators of new American poetry,” says Jeffrey Levine, Tupelo’s editor-in-chief.

Since 2004, Kundiman Fellows have published seventy-eight books and fifty-eight chapbooks. (Among these, “Night Sky with Exit Wounds,” by Ocean Vuong; one of the most talked about books of poetry in 2016.)

“It’s one thing to write, another thing to be an organizer,” says January O’Neil, executive director of the Massachusetts Poetry Festival, “To be behind the names.” An admirer of Kundiman’s poets and the stories they are telling, O’Neil also thinks the group is making a significant difference as a community of literary activists. “How do you harness their writers’ energy and change the canon?” She says not only are their fellows publishing, they are going on to work within the academy and to lead departments. “They are making sure we’re not on the margins of the academy’s discussions.”

Beyond the retreat, Kundiman Fellows organize regional groups across the US to host readings as well as ongoing workshops. From the New York headquarters, they are also working on oral history projects. Called “kavad” this storytelling program comprises community interviews, public readings, educational workshops, online media, and new creative writing by Asian-American writers.

Legaspi was explaining one kavad, “A Letter Home,” which brought together Nepalese and Tibetan women after the 2015 earthquake to write about their experiences as women, domestics, immigrants, mothers, sisters and daughters. I asked Joseph Legaspi, how does Kundiman bridge so many different cultural identities? Indian, Filipino, Chinese, and Nepalese—what makes their umbrella work? He laughed and said, “It’s the American part of ‘Asian-America’ that binds everyone together.”