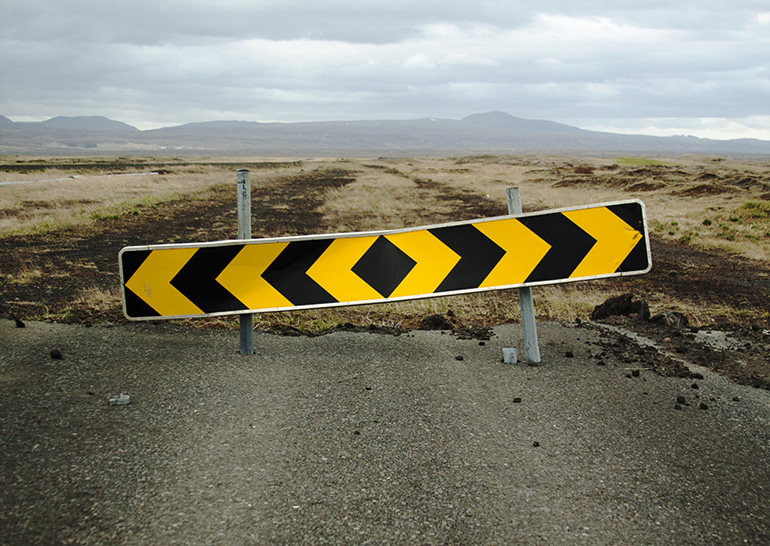 Octavia Butler said, “All good things must begin.” And lucky for us, they do. But these days I’m confronted by many endings and the variants of grief we feel as readers at finales both real and imagined. There are few aspects of a piece of writing more powerful or satisfying than a good ending, but poorly executed endings—too neat, open-ended, forced or literal—are an exasperating disappointment. Besides this grief of a missed opportunity, I mourn two kinds of endings. There will be spoilers to some works of writing in this post.

The most common grief is that of story. The fates of characters and fallout of events have made me mourn the grim or punishing endings of the people or events in the text. In Annie Proulx’s “Brokeback Mountain,” the tragedy of Ennis Del Mar, a gay cowboy living in muted pain and rage and dismantled by a life that might have been, is that he could not bring himself to choose happiness over hopelessness and fear, shown here in the closing of Proulx’s short story:

There was some open space between what he knew and what he tried to believe, but nothing could be done about it, and if you can’t fix it you’ve got to stand it.

“The Fourth State of Matter,” Jo Ann Beard’s essay about a horrific shooting rampage in the physics department at the University of Iowa, where Beard worked as an editor of a physics journal in 1991. Through ruminations of her dying collie, her friendship with Christoph Goertz, one of the shooting victims, plasma, and the squirrels that have taken over the attic, Beard suggests the universe is governed by laws completely out of our control:

After all the commotion the living room feels cavernous and dead. A branch scrapes against the house, and for a brief instant I feel a surge of hope. They might have come back. And I stand at the foot of the stairs staring up into the darkness, listening for the sounds of their little squirrel feet. Silence. No matter how much you miss them. They never come back once they’re gone.

Dorothy Allison’s coming of age novel, Bastard Out of Carolina, about Bones and the Boatwright family in poverty-stricken Greenville County, ends with Bones’ mother kissing her goodbye before running off with the man who has continuously abused her daughter. While watching her mother drive away, Bones makes a guess at where she’s headed:

“California,” I said. “Or Florida, maybe. He always talked about taking us off there sometime, someplace where they grew oranges and a man could find decent work.” My voice sounded so rough and mean I barely recognized it. I felt old and chilled, though I knew the night was warm.

Bones is tough enough to withstand anything, even her mother’s abandonment precisely because she is like her mother, but what strikes me most at the novel’s end is the tension within Bones. One moment she feels old and weary, the next she’s hit with how young she actually is, and though she believes her strength will save her, she also questions her ability to handle her mother’s betrayal:

At the end of Kazuo Ishiguro’s dystopian novel, Never Let Me Go, Kathy H. and Tommy submit to their fates as clones who complete their life purpose after donating their organs to non-cloned humans. Their helplessness turns into heartbreaking passivity. The novel’s last pages are filled with goodbyes, tears, and regret.

In ‘The Story of Your Life,” by Ted Chiang, Dr. Louise Banks lives with the pain of knowing the whole course of her daughter’s life before she’s even conceived. She makes the best of their time together, seeing the looming tragedy that’s out of her control.

Whether or not you interpret the grandmother’s pity for the Misfit in the final scene of Flannery O’Connor’s “A Good Man is Hard To Find” as an act of grace and the Misfit’s words, “It’s no real pleasure in life” as hopeful or transformative, the fate of the vacationing family is horrific. This story and it’s complex, brutal ending has stayed with me since my first reading years ago.

I could go on, but there’s another kind of mourning in endings, the pain of withdrawal, of no longer spending time with or within the work. Sequels aside, further inhabiting that created world is impossible; the only way to return is by simply revisiting it or stretching one’s own imagination about what’s been given in those pages. However badly I may want more, there is no more.

The largest world I’ve ever entered in literature was on the Townsend plantation in antebellum Virginia of Edward P. Jones’ The Known World. Jones created multitudes of characters whose stories begin small then evolve into complex histories. The scope of Jones’ novel makes just as gaping an absence upon finishing it.

I mourned arriving at the end of Zadie Smith’s White Teeth and Arundhati Roy’s The God of Small Things for the same reason: I did not want to leave their ecstatic prose and the vibrant, full worlds these writers had created.

Tassie Keltjin, of Lorrie Moore’s A Gate at the Stairs, loses her younger brother and blames herself for not paying more attention to him when he was alive. As the reader I worried whether Tassie would be okay, and I missed her brilliant one-liners and voice—earnest, naive, plucky, irreverent. It’s always difficult when Moore’s wit and insight leave me.

The experience of grieving for someone fictional or for the end of her/his story is a strange kind of suffering. Our sorrow at a book’s end, our need to part ways with a character that may or may not be real is a profoundly private state and sensation. We aren’t always prepared for the end, and there are some endings for which we can never prepare. And sometimes there is no real ending; only the place where the story stops. Someone, or something, becomes shadow.