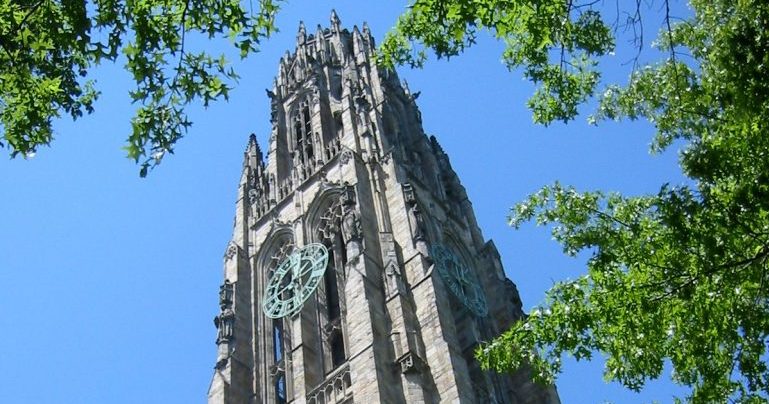 Here’s the story of my first and only encounter with Harold Bloom. It was the first week of a new semester, my last semester of graduate school, and I was waiting in a stuffy seminar room packed with sharply dressed undergraduates. The luckiest students had secured seats around the grand conference table while the rest of us stood in rows along the walls. Bloom arrived—looking exhausted, moving slowly—and took the vacant seat at the head of the table. He lectured for about fifteen minutes on Shakespeare. I don’t remember a word of what he said. What really stuck is what followed.

Enrollment, he explained, would be limited. There was no room for graduate students. (Disappointing, but expected.) Those undergraduates who were serious about taking the course should now take out a sheet of paper and write a paragraph or two making their case for receiving one of the coveted spots. In the meantime, he was going to wander Harkness Hall and find an empty classroom to sit in. Students could bring their applications to him there. Where? He couldn’t say. They would need to look for him. He would wait.

And with that, he left.

Bloom’s newest book, The Daemon Knows, is structured as a survey of “the dozen creators of the American Sublime”: Walt Whitman, Herman Melville, Ralph Waldo Emerson, Emily Dickinson, Nathaniel Hawthorne, Henry James, Mark Twain, Robert Frost, Wallace Stevens, T.S. Eliot, William Faulkner, and Hart Crane. But that’s merely a pretext. Bloom observes that “true criticism recognizes itself as a mode of memoir,” and it’s only as memoir that The Daemon Knows makes any real sense. We’re not supposed to be learning about American literature; we’re supposed to be learning about Harold Bloom.

The Daemon Knows most resembles Nietzsche’s Ecce Homo, both books coming late in their authors’ careers to reaffirm or recast their old ideas. Bloom is reliving his journey as a teacher and critic, making frequent stops to look at his previous publications (and some writings, like his book on Freud, that never made it to press). The “dozen creators of the American Sublime” are just supporting cast.

The book is the man, and death is his rival. Obsessed as Bloom always has been with questions of literary influence and agon (an ancient Greek word for “struggle” or “contest”), it’s understandable that he would at last turn the spotlight on himself and his own comrades and rivals. I’m looking through the book again for the names of Bloom’s colleagues who have passed. Kenneth Burke, Mona Van Duyn, Northrop Frye, Paul Fussell, Yvor Winters, Mark Strand, Paul de Man—the list goes on and on. It’s heartbreaking to read Bloom “rejoice that [M.H. Abrams] is still active in his hundred third year,” knowing that Abrams passed away in the short time between the writing of that sentence and the book’s publication. Bloom revels in memories of old alliances and contests. He stands alone now, among the last to bear his generation’s triumphs and foolish consistencies. He’s honoring his generation, in every sense, and explaining himself while he still has time.

There are better books about American literature, but Bloom, as few other writers can, conveys the pleasures of reading deeply, interpreting boldly, and refusing to be alienated from our experience of literature. The Daemon Knows isn’t an easy read; sometimes it’s infuriatingly unclear, excessively syncretic. But the burden is always on the student. It’s never enough to just show up to class or point your face at the page. You have to fight for the knowledge your master has to share while he’s still around to share it. I think it’s fitting to end as Bloom begins—with Walt Whitman’s “Song of Myself”, from that American Homer’s Leaves of Grass, another book that hopes to bear its author forward into history.

You will hardly know who I am or what I mean,
But I shall be good health to you nevertheless,
And filter and fibre your blood.

Failing to fetch me at first keep encouraged,
Missing me one place search another,
I stop somewhere waiting for you.