Home
»
Critical Essays
»
How Do We Decide What to Read? 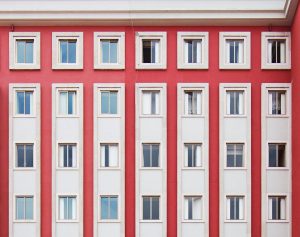 In the wake of the announcement of the National Books Awards shortlist and the Nobel Prize for Literature, it’s come to my attention that I’ve been reading the wrong books altogether. There are too many beloved books and not enough prizes, and somehow they get lost underneath all the news about the really important books that I should be reading. Recently, while I was reading Samantha Irby’s new essay collection We are Never Meeting in Real Life, I came across this quote that so perfectly expressed the anxiety of forming an opinion about a book and sharing it:

Joanna, who owns the indie bookstore down the street from our crib, asked me the other day to give her the name of a good book I’d read recently, and because I value her opinion, I stood in front of her for, like, three real minutes cycling through every book I’ve rated on Goodreads in the last three months trying to determine which one would be most impressive. I just stood there with my ears on fire wondering if I should just say A Little Life because no one would think you were dumb if you made it all the way through a seven-hundred-plus-page book.

Irby’s anxiety about what, exactly, is being asked of us when we are solicited for a book recommendation struck me in its familiarity—people ask me for recommendations all the time, and I often worry I’ll miscalculate their sensibilities. I used to give a lot of disclaimers—maybe I only liked this book because of my own life experiences or I just finished a boring book so this one seemed great by comparison! But that made the act of recommending a work of literature so exhausting, a performance of my intelligence and analysis, an extension of the image I wanted people to have of me. When recommending a book, I thought about sharing a worldview and an aesthetic. If people didn’t like the book I told them to read, I thought that might mean they didn’t like me. It was a fraught experience, and one I spent years overthinking.

I’ve heard rumors of how books become awards favorites, but although excellent books are nominated each year, I’m alway surprised at what is forgotten. Book publicists at major publishers are largely responsible for how much attention their books get. They often have long lists of books for which they’re responsible. Out of the thousands of books published each year, 10-20 of them might end up becoming the titles we hear about, and the ones that get nominated for major awards. This determines which books sell best, which, in turn, affects how bookstores and other recommend them, and vice versa. Various awards’ nominees and winners often come across as a mix between a mandate and an admonition to readers. Was the book we loved unimpressive, or was it just not pushed hard enough by an overworked publicist?

I once heard Ann Patchett describe the “Staff Picks” shelf at Parnassus books, her bookstore in Nashville, at a reading. Major publishers aren’t targeting indie bookstores to put their books up front, so the “staff favorites” shelf is designed from pure enjoyment, or else from trying, like Samantha Irby, to impress us all. In Patchett’s words, those recommendations mean more than the automated ones we get at Amazon, which publishers can pay to advertise. This is true for Barnes & Noble’s recommended books too—publishers pay for their books to be displayed in the front of the stores. At face value, it’s useful information to see what other people who bought the book you’re looking at also bought on Amazon. But “bought” doesn’t mean “recommended.” There’s no way to know what people who bought the book thought of it unless they take the time to review it. The personal touch of an independent book store’s “Staff Recommendations” shelves, in effect, doesn’t exist.

All of this helps me double down on my own insecurity recommending books to friends. After all, all they want to do is read something good. And all I want is to talk to people about my favorite books. It has been helpful to learn to read widely, and to avoid only recommending the impressive sounding books and the awards darlings. People hear enough about those, so I only recommend them if I really loved them. This is hard for me—like Samantha Irby I want someone to think I’m smart when I tell her the last book I read (full disclosure: I have not read A Little Life, but that’s just because no one has recommended it to me yet). In the lead up to the National Book Awards and “Best of” list season, I’m going to make an effort to recommend the less buzzy books I’ve read this year. After all, no one is asking whether I’m smart enough to read a long, serious book. People are asking a much simpler question, one that I’ve learned to take at face value: can you tell me any good books you’ve read recently? And the answer to that is always, yes, I can.

Tags:Samantha Irby, We are Never Meeting in Real Life