Home
»
Book Reviews
»
Poetry
»
In Bookstores Near You: THE BLACK MARIA by Arcelis Girmay

I found Aracelis Girmay’s the black maria in a month filled with keen grief and anger, the unshakable kind that only follows a tragedy like Orlando or the loss of a loved one so paramount to your life that afterward people driving in their cars, just going about their lives, seem like an impenetrable, perverse mystery. In the Acknowledgments, Girmay writes that she struggled with this collection, “so steeped in violence, mourning, and grief”: how could she work inside the histories of violence and not further brutalize the black body? While these poems mourned “the dead and the bleak circumstances of our present, violent day,” they would also create a “critical space for joy and tenderness.” Her art would not be held hostage by the values of white supremacy and its bloodshed.

The first half of the book, “Elelegy,” is a cycle of poems focusing on the history of the Eritrean people as well as Girmay’s own routes of travel through “Eritrea, Puerto Rico, and African America.” Here, she establishes the regeneration water will perform throughout the collection. Certainly, the oceans between Europe and Africa, America and Africa, are filled with lives stolen from their homes and murdered at sea (“body of water, body of bodies,” she calls it). Even so, what the book traverses is an ocean of small hands, “each one waving / its blue handkerchief,” and Girmay’s words caught on the poetic line “buck / like fish in the air,” promising fight but also release. Occasionally, when the straight line, like the level surface of the ocean, is not capable of capturing the magnitude of the sea, Girmay uses spatial features:

Inside the sea, there is more
Than sea:

though it seems, from this distance,
a flat blue line. . . .

There are no poems in this collection that I do not admire, but my favorites in “Elelegy” are the ones that use flies as an extended metaphor: these normally reviled insects touch wounds then, defying locks on doors, deliver death itself to where it must land. In “luam—asmara,” flies carry pieces of “uncle / to the stones” and “sprinkle our bread / with the city’s milk” and “hover over our privacies, / kissing us with mouths / that have kissed / other wounds.” In this collection, in the way that darkness transforms to light, flies eventually become angels, for they are honest and know history, Girmay tells us, and dispatch it everywhere it might be forgotten.

In the second half of the collection, also named “the black maria,” Girmay offers a series of “estrangements,” poems recounting some of the numerous historical events that have triggered the alienation of people of color, particularly black Americans—events during which our nation has wickedly violated its own myth of opportunity and welcoming. Whether we committed these crimes intentionally or while feigning ignorance does not matter. Neither time nor history will forgive us, James Baldwin writes in “A Letter to My Nephew,” which Girmay uses as the epigraph to this section. These poems bear witness to many grave injuries some might rather forget.

Nonetheless, there is less rage here than grief, less doom than hope. In part of the title poem of this section, Girmay appears to write to her unborn son. Make no mistake: Girmay questions the way we tuck important truths about racism—”his skin is brown” and “statistically the police are white,” which are critical details—into parenthetical statements, as if no one has a right to speak openly of racial injustice. But the concluding coda also reminds the reader that in the beginning, the body is “leadless” and filled with “the splendor of breaths.” It is this vessel of water and light—the whole, unwounded body—that poems dream of. Ultimately, Girmay uses her imagination to connect the distance between white neighbor and a young black man, to close the galaxy between what people think they know and what they believe is alien.

Somehow this collection escapes relentless anger and disappointment, which Girmay is certainly entitled to feel. But instead, she offers poems of redemption and faith. Girmay closes the black maria with one final summons: “knowing what we know now / of history & of love, // let us name every air between strangers ‘Reunion.’” Girmay’s poetry is a fine example of hope, a call to action, as we work to address the many political and racial injustices facing us still today. 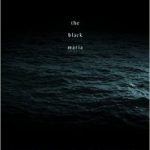