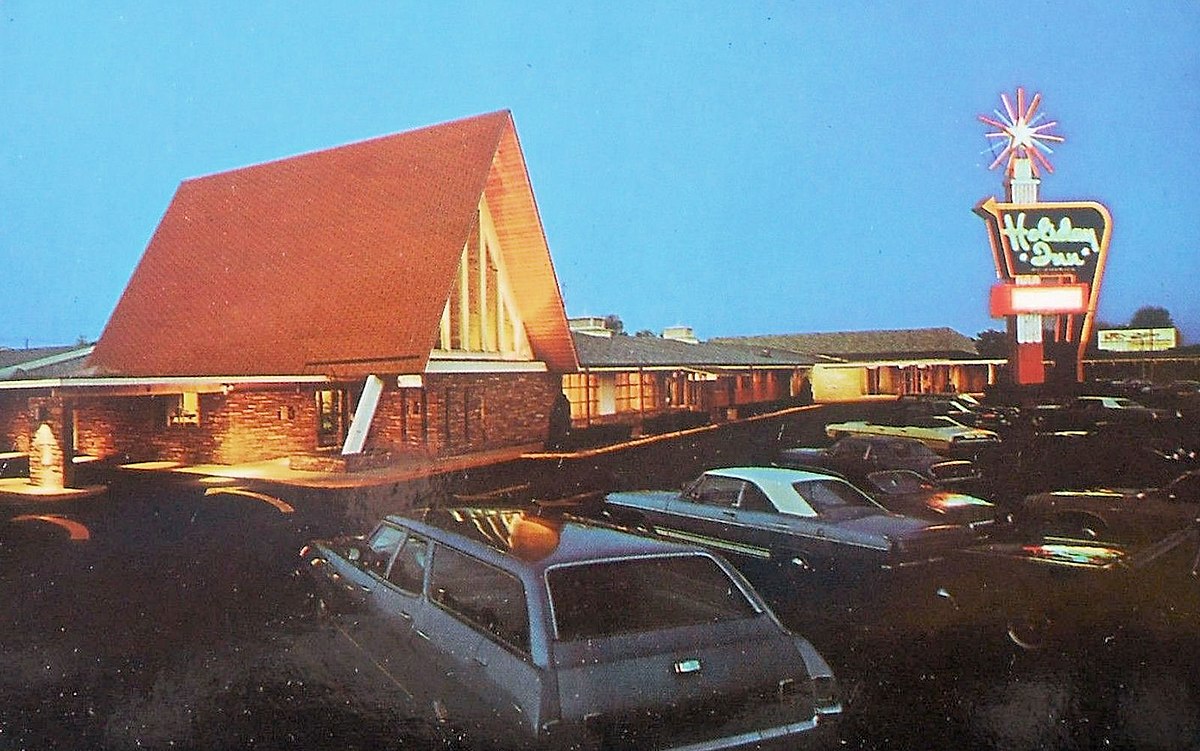 Sally Rooney’s “Color and Light,” published in The New Yorker last month, unfolds in liminal spaces. It’s the story of a small-town hotel clerk, Aidan, who has several chance encounters with a worldly and jaded screenwriter, Pauline. Aidan meets Pauline one night when Declan, driving Aidan home from work, picks her up; the two meet again when Pauline brings a group of friends or coworkers—Aidan can’t tell—for a drink at the hotel where Aidan works. Pauline and Aidan continue to encounter each other at random, always at night, and often in the hotel—Pauline as customer, Aidan as employee.

Hotels by nature are spaces of temporary, transitory, and hard-to-classify encounters. They can be the site of romance, escape, loneliness, or hiding out; interactions that take place there range from the transactional to the familial to the violent. Setting a story in a hotel frees characters to have discussions they might otherwise not have, to do things they might otherwise refrain from doing. Placing characters in a temporary, transitional space—a setting that isn’t a home or workplace—allows them to say and do things that are strange, impulsive, or honest. Night has a similar function: it blurs social boundaries, invites whispered secrets and ill-advised actions. When Rooney’s characters aren’t in the hotel where Aidan works, they’re in a car or in Pauline’s sparsely decorated temporary home in town. These liminal nighttime spaces take on thematic resonance for the story. They provide a dynamic backdrop for characters that are in the grips of uncertainty, rootlessness, and deep loneliness.

One of the story’s pivotal scenes takes place not at the hotel, but at Pauline’s house, which feels almost as anonymous as a hotel. Aidan and Pauline run into each other at an annual fireworks display in town; she invites him home. He describes her house: “She’s staying in one of the houses on the seafront. He knows the street; it’s where all the holiday homes are, with glass walls facing the ocean.” Pauline is sure to clarify that her home is temporary; when Aidan asks if she lives “here” alone, she “looks around vaguely, as if she doesn’t know what he means by ‘here’” and clarifies that she’s in the house “only for now.”

Inside the house, they drink together and have a vague, quasi-philosophical conversation about loneliness. Aidan admits to once having slept with a likely-married hotel guest. Pauline also admits to an affair with a married man, and muses, “[W]hy do we do things that we don’t really want to do?” In response, Aidan says: “I feel like my life basically isn’t happening.” But instead of their common insecurities drawing them closer, each becomes lightly accusatory of the other. Finally, Aidan leaves, acknowledging that something unusual has transpired in the house: “Why is everything so strange now? At what point did his relations with Pauline begin to violate the ordinary rules of social contact?” The house, like the conversation that occurs within it, is “confusingly laid out, so he can’t tell where she’s gone or how far away.” As a space, the house mirrors the emotional disorientation of the characters.

Fittingly, the story’s final scene takes place in the hotel. Aidan’s behind the counter, and Pauline shows up with a bloody nose and a strange man. The man asks for a room; Pauline seems like she doesn’t want to stay. Aidan, behind the computer, feigns checking for availability, and then tells them there’s nothing open. The man leaves angrily, and Pauline leaves too, giving Aidan money wrapped in a note. This isn’t a love story, or a story of friendship, or any sort of redemption tale. We’re left with this final image of a small favor done between near strangers; a fleeting moment of what might be considered connection. But ultimately, the moment between Pauline and Aidan is a transactional moment. The setting of the hotel, like Pauline’s labyrinthine temporary home, amplifies the isolation and uprootedness of each character. The story begins and ends with the two of them alone and directionless.

Sam Shepard’s 2009 story “Indianapolis (Highway 74),” also published in The New Yorker, unfolds entirely in a car and a motel. It’s stylistically different from “Color and Light”—where Rooney’s protagonist is self-repressing, Shephard’s narrator is ruminative and associative. But the two stories have similar thematic concerns. Shephard’s narrator is a rootless, middle-aged man named Stuart who’s “crisscrossing the country again, without much reason.” He gets caught in a snowstorm and stops at a Holiday Inn outside of Indianapolis—the rooms are all booked. The desk clerk tells him there’s a possibility of cancellation, and so he waits in the lobby, where true-crime television is playing on loop. There he runs into Becky, a woman with whom he once lived, although he doesn’t remember her at first. Much of the story is a long stretch of dialogue in which they discuss the forty-year interim between this encounter and their last. When no hotel cancellations happen, she invites him to stay on the couch in her room. He initially refuses, driving out into the storm, but ultimately returns and begs the desk clerk for help reaching her again. The structure and images in the story give it a kind of disorienting circularity: the TV loops, the conversation loops.

Like Aidan and Pauline, Becky and Stuart are at moments of transition, living somewhat aimless lives. Becky’s husband has left her and taken the children; Stuart’s only tie seems to be his dog, who is always “turning tight circles in the back” of the car, echoing Stuart’s own circular journey in the story. Their encounter is both tender and random. Becky remembers their time living together: “‘We’d get up every morning and sit on the edge of my mattress eating bowls of wheat germ.’” But she also acknowledges: “‘We were kids.’” As in “Color and Light,” the setting of the hotel amplifies the characters’ isolation from the world and from one another. Interestingly, Shepard delivers this thematic information in Becky’s dialogue: “‘I just took a room here for the time being. I’m kind of in limbo, I guess.’”

“Indianapolis (Highway 74)” reaches a point of emotional intensity, though, in a way “Color and Light” doesn’t. While in Rooney’s story the characters remain largely mysterious to each other, and isolated from one another, in Shephard’s story they reach a brief point of emotional intimacy by the end. Shephard’s narrator is a little more emotionally volatile than Rooney’s Aidan. When Stuart and Becky part after their initial run-in, Stuart thinks: “If I had a gun right now, I’d shoot both the plasma TV screens and maybe the overstuffed sofa.” By contrast, when Aidan leaves Pauline’s house after their spat, the pain of separation is turned inward: “He experiences this parting with her—this parting he himself announced spontaneously and called into existence—as an excruciating ordeal, almost a physical pain.” So it makes sense that Stuart’s reunion with Becky, at the story’s end, is more emotionally effusive than Aidan’s final run-in with Pauline at the hotel desk. “Indianapolis (Highway 74)” also ends at the hotel desk, with Stuart phoning Becky’s room. “‘Hello,’ she says, and the simple innocence of her voice starts me weeping and I can’t stop.”

The two stories both unfold at night, in cars, at hotels, and between people who are largely strangers to one another. But their endings open up the possibility in these settings—hotels can deflate human connection or intensify it; they can be sites of uncanny re-encounter and also spaces in which interactions unfold at an almost dreamlike pace. The result is fiction that feels spontaneous, free, strange, and slightly uncanny. Reading these stories, I was immersed, and left thinking about the moments when we feel, as Shephard’s narrator does, that we’ve “broken all connections, without even really wanting to”—when we feel, in Becky’s words, “in limbo.”