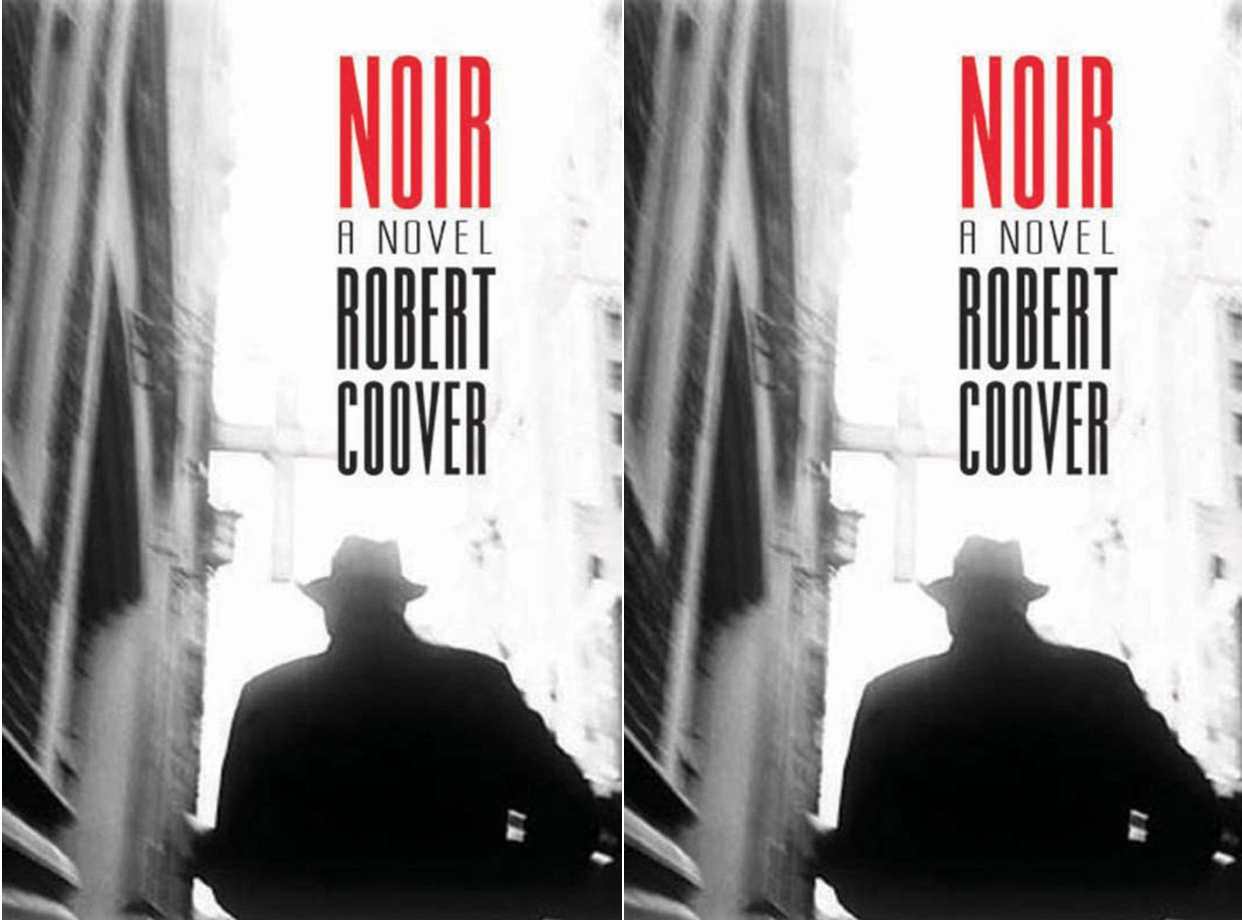 It’s a perfect night. Wind, rain, gloomily overcast, the puddled reflections more luminous than the street lamps they reflect. You’re Philip M. Noir, and you’re looking for a story—or maybe you’re trying to find the story in a book you’re writing. Fortunately, Robert Coover is helping you along, but you still need to find the body of the widow with the gorgeous legs. She hired you to find out what happened to her husband, and the next thing you knew, she was in the morgue herself, and then she wasn’t.

In your trenchcoat and fedora, you prowl the alleys, tunnels, dives, and docklands of an unnamed city where the sun never shines. There are rats and a character named Rats. There are whores, a panhandler, and corrupt cops. Mr. Big and Blue work you over again and again, and every time they do, your oh-so-competent secretary Blanche patches you and your ripped clothes up and gets you back on your feet. Sometimes you have to wear Blanche’s underwear while she washes your soiled trousers. The pink panties are too tight, but the silk feels good.

Whenever you get close to cracking the case, the story changes, like one of those alleys that branches out in five or six dead ends. You’re being framed for murder, smuggling, and pederasty. You’ll face the death penalty if you don’t get to the bottom of this story, but you are trapped in your own dead-ended plot.

Of course, you’ve been here before. The settings and characters of Noir are reminiscent of movies like The Maltese Falcon, The Third Man, and Chinatown. But reading is different from watching a movie, and Coover uses second person narration here to create a discomfort (or complicity) not present in the film genre that shares his protagonist’s name. Given Noir’s use ‘em and abuse ‘em attitude towards women, the discomfort is especially acute if you’re a female reader, like me. On the other hand, it is trusty Blanche (get it? the opposite of noir?) who holds the answers to this novel’s mysteries—while Philip Noir’s inability to see her for who she is keeps him, if not this you, from seeing the truth.

Lynne Weiss’s short fiction has appeared in Black Warrior Review, Larcom Review, Sequoia, and Brain,Child. She is seeking representation for A Vaudeville Turn: The Hidden History of a Forgotten Star, a novel about a singer who finds her voice and loses her love in the world of early vaudeville.