Home
»
Authors
»
Notes From A Feminist Killjoy : An Interview With Erin Wunker 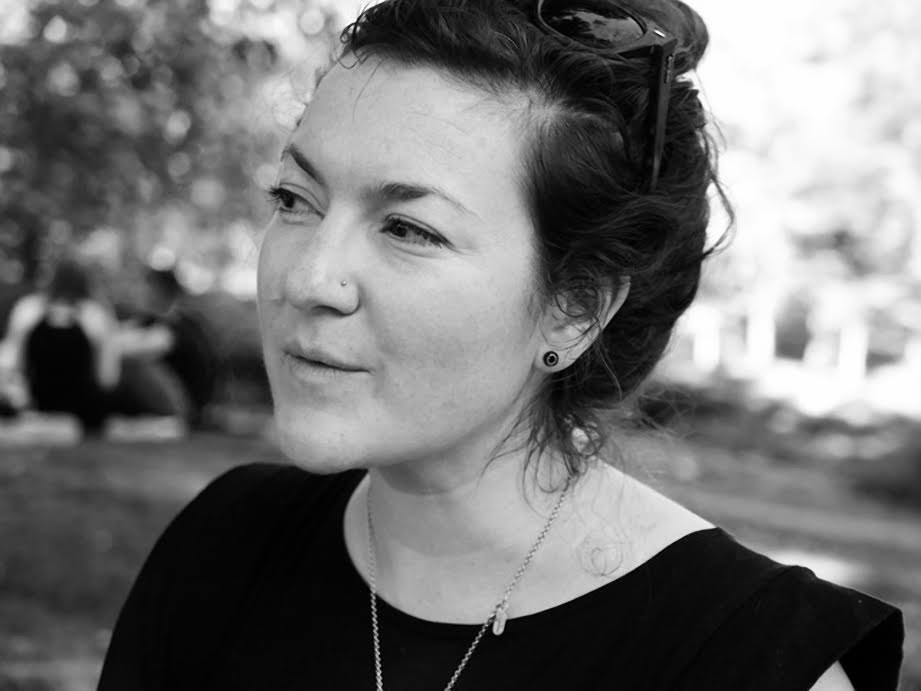 Erin Wunker teaches and researches in the fields of Canadian literature and culture. She is chair of the board of Canadian Women in the Literary Arts (CWILA) and co-founder and managing editor of the feminist academic blog Hook & Eye: Fast Feminism, Slow Academe.

In December, she spoke with me about how the book came about, and her experience writing it while raising a newborn.

rob mclennan: How did the pieces that eventually became your new book Notes From a Feminist Killjoy: Essays on Everyday Life (BookThug, 2016) begin?

Erin Wunker: In part these ideas—notes to myself, notes that try to think through the necessity of feminism now—have been accumulating for about ten years. As I moved through graduate school and then into teaching, through my 20s and well into my 30s, through various identities—as student, teacher, writer, mother, friend—I’ve been thinking and reading intersectional feminist theory and writing for ages. But at the same paradoxical time I didn’t actually sit down to write the book itself until January of 2016 when our daughter was not quite six months old, when my partner and I (both precariously employed university teachers) were teaching huge course loads, and when the opportunity to write this came unexpectedly.

RM: I’m curious as to what prompted you to finally start writing this when you did, especially given you’d both huge course loads and a six month old. I know from experience small children might prompt certain kinds of shifts in thinking, but don’t necessarily offer great opportunities for lengthy projects.

EW: Oh, that’s a good question, thank you. Two things, really. First was responsibility: I’d been asked/invited to work on this project. Jay and Hazel trusted me to write it and it needed to get finished. I am a deadline-oriented writer and worker—I think that’s a throwback to my academic training (and not necessarily a good thing. As my amazing editor and friend Julie Joosten said when asked if we should push back the publication date, “No, she’s an academic. Give her a later deadline and she will wait longer.”). So there’s that: I had made a commitment to write this and the time and come to honor that deadline.

And, as you suggest, the additional reason is very much having to do with the material conditions of our lives changing with the arrival of our small person. Writing became a place for only me. Whereas I have in the past (often) felt angst-ridden about writing (who do I think I am? Who will read this? Is it all ridiculous, this stuff I am writing?) I just didn’t have the time for the same kind of self-doubt. Writing felt like something that was just for me. It facilitated a kind of return to bodily thinking that having a very new child didn’t allow me to do (and I really want to acknowledge how subjective this is—I’m talking about my experience, not trying to say something totemic about new babies and writing).

RM: I’m fascinated by the prompting of new (and renewed) parenting, something I’ve been aware of as well, with the birth of my most recent (and final) two. While understanding your daughter was but one of a series of prompts on this project, Notes From a Feminist Killjoy seems both a set of “notes to yourself” as well as a series of notes directly composed to and for your daughter. Was there a difficulty to writing something so intimate for eventual publication?

EW: You know, others have suggested to me more informally that this is a really intimate book, and I guess it is, but I wasn’t thinking about the raw, intimate parts when I was writing it. I was thinking about the BIG questions and how to speak to them as both a researcher/writer and as an individual person in a gendered body moving through the world. And then, of course, there was this new body that my partner and I were (and are) tending to every day, and the enormity of questions I was trying to think through (and am still trying to think through) distilled themselves differently when I thought What’s this going to be like for you, little creature? and Who are you, little creature? and How can we give you what you need, and be there for you regardless? And of course, too, those questions were my questions. Not our kiddo’s questions. So I wanted to record them as such and be clear to myself and on the record for her that she was on my mind while I was writing, but that this writing is not her responsibility. This is my responsibility.

And then the proofs came and I became quite nervous to see all that I had written there, on the page. But it was raw and real and what I was working on and through in the genre of creative non-fiction at that moment in time. So I’m reconciling myself to it, to the rawness, and hoping that others can see it as that; a series of attempts that are contextual.

RM: You say you were “asked/invited to work on this project”: how did that come about, and who prompted the question?

EW: I was at a conference (Avant Canada—Jacket2 has done a really cool response/reflection on it) and gave a paper that utilized the concept of the feminist killjoy. Jay Millar came up, introduced himself, and told me about the new Essais series they were working on at BookThug and invited me to consider writing a book for this new non-fiction series. I laughed and said I wasn’t that kind of writer. Turns out, maybe I am.

RM: You are the co-founder of the blog Hook & Eye (founded in 2010) and Chair of the executive board for CWILA. All three of these projects feel directly related to each other in important ways. How do you see the length and breadth of your work interacting, and do you see it as a single, extended project, or as a series of individual threads that interconnect?

EW: Though these projects are all different and emerged at different times, you’re so right: They are very much connected. These are collaborative projects that take public engagement and community-building as their key goals. These projects are about amplifying the voices of others and of making space for important discussions.

I think that working with Hook & Eye and with CWILA has made me a swifter writer, less bound-up in my own thinking as a solitary act, and a wee bit more brace about taking the conversations around feminism, ally-ship, anti-racism, and other intersectional lenses into public spheres.

Writing with and in collaboration with others is a gift, too. It teaches me generosity (to give and to receive it), patience, and perspectives.

RM: I know Notes From a Feminist Killjoy hasn’t been out for more than a couple of months, but what has the response been so far? How has the book been received?

EW: the response has been more than I expected. The book came out in early November and we are heading into a second printing. I was fortunate to receive some early reviews (at The Fem and Quill & Quire and the new Hamilton Review of Books) which I think helped get the word out. The book also came out the same week as the US Presidential election which has been and continues to be a devastating event for so many people. And while I won’t list all the egregious instances of misogyny in the last several years I do think that we are in another moment in which intersectional feminism is desperately needed as a way of articulating loved experience and giving a name and a lens to the oppressive systems we are living in. I don’t know if this book does that, but it does try to attend to both the personal and the systemic/theoretical frameworks.

RM: I’ve been recommending Notes From a Feminist Killjoy: Essays on Everyday Life to just about everyone lately, but what other titles within the realm of your book and/or current researches would you recommend? Is there anything forthcoming you’re aware of that we should be paying attention to?

EW: Thank you so much, that’s really generous.