Home
»
Book Reviews
»
Nonfiction
»
Notes on the State of Virginia: Journey to the Center of an American Document, Query VI 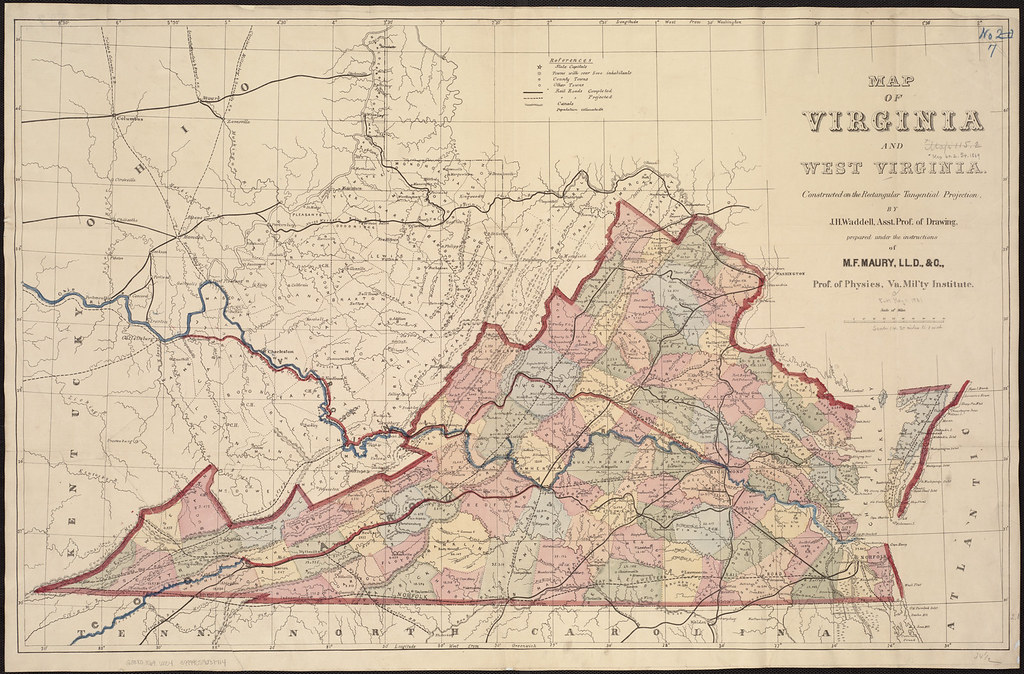 This is the fourth installment of a year-long journey through Thomas Jefferson’s Notes on the State of Virginia. You can read previous installments here, here and here.

**
Query VI: “Productions mineral, vegetable and animal”
A notice of the mines and other subterraneous riches; its trees, plants, fruits, &c.

At root, Jefferson’s Notes on the State of Virginia is a carefully curated syllabus, a structured list of discussion topics. Throughout the document, and most heavily in Query VI, Jefferson uses lists to elaborate the landscape and productivity of the Commonwealth. His catalogs preserve a lasting record of his attention, but paying attention was no passive enterprise for Jefferson. When we consider his lists, we have to remember the archaic meaning buried within the contemporary definition of the word. “To list” also means to intend, to want, to incline.

If the act of listing is an act of will, then every list is both artifact and verb. This is also true of a poem, which William Carlos Williams described as “a small or large machine made out of words.”

Taking up about a third of Notes, Query VI concludes Jefferson’s catalog of Virginia’s natural resources and connects to his subsequent analyses of society, government, and economic production in the Commonwealth. Despite his observation that “a complete catalogue of the trees, plants, fruits, &c. is probably not desired,” Jefferson furnishes the names of dozens of native species. European-derived crops flourish (or, in Jefferson’s parlance, are “elaborated from the soil”) in the cultivated agrarian spaces of the New World:

For a poet like me, this list is full of sensory delight. But Jefferson doesn’t write all this just to please the ear. His recitation of Virginia’s edenic plant life constitutes just part of his response to a questionnaire sent to him, in 1780, by François Barbé-Marbois, secretary of the French delegation in Philadelphia. Marbois’ questionnaire is a list in its own right, a catalog of inquiries that Jefferson rearranges in the reply that will become Notes. While it’s arguable whether the French really “desire” a comprehensive list of the commodities so effortlessly emerging from North American soil (territory only recently—and bloodily—wrested from imperial European control), Jefferson wants his audience to understand exactly how productive the land is.

Jefferson also wants to counter some continental snobbery about the quality of American nature. The French naturalist, Georges-Louis Leclerc, Comte de Buffon, had argued in his multi-volume encyclopedia, Histoire naturelle, générale et particulière, that New World plants and animals were smaller and weaker than their European counterparts. Though Buffon never visited North America, his theory of “American degeneracy” bolstered public opinion in Europe that American production, culture, and government would never amount to anything impressive. Marbois doesn’t ask Jefferson to refute Buffon’s claims, but Jefferson uses the lists of Query VI to present huge mammoth bones, giant moose, and mountains of fresh Virginian produce as evidence against Buffon’s libels.

As a poet, I want to relish Jefferson’s lists as ecstatic catalogs or litanies in the Whitmanian sense. I could read them forever without getting bored, and I could take endless snippets of the lists that, for me, contain some interesting sonic or visual quality. But I have to hold myself back from projecting too many of my own values as a contemporary poet onto Jefferson’s rhetorical strategy. Notes, after all, was not produced as poetry. Still, I’m struck by how listing emerges across time and genres as a method of paying attention in language. For that, Notes is a fantastic model.

As verse forms, lists and litanies are related, but not interchangeable. A “list poem” or “poetic catalog,” like Donald Justice’s “Twenty Questions,” orders items consecutively. The poem’s effect is accumulative, forming its argument through linear juxtaposition. In the case of the Justice poem, the initial lines: “Is it raining out? / Is it raining in?” suggest the speaker’s emotional condition. The “rain” may represent sadness, regret, or grief, and the poet’s query appears to interrogate to what extent his/her own sadness is truly shared by another. By placing the environments of “in” and “out” back-to-back in these opening questions, and by leaving all twenty questions unanswered, Justice implies a troubling emotional distance or discrepancy that gives urgency to the poem. Just because the speaker is sad doesn’t mean the addressee shares that feeling; likewise, regret doesn’t accompany all losses. The speaker of Justice’s poem suspects it may not be “raining in” at all.

A poetic litany, by contrast, achieves its goals through recursion, repetition, and incantation. In “Song of Myself,” Whitman’s famously long, elastic lines allow him to link seemingly disparate images into a radically inclusive American idiom. Repetition casts a spell over the poem, drawing the audience into Whitman’s larger project. Though Whitman choreographs his lists with deliberation, the poem feels magical, shamanic. Its form appears to grow organically from the repetition itself. Take these lines from section 5:

And I know that the hand of God is the promise of my own,
And I know that the spirit of God is the brother of my own,
And that all the men ever born are also my brothers, and the
women my sisters and lovers,
And that a kelson of the creation is love,
And limitless are leaves stiff or drooping in the fields,
And brown ants in the little wells beneath them,
And mossy scabs of the worm fence, heap’d stones, elder,
mullein and poke-weed.

Like Whitman and Justice, Jefferson structures the lists of Query VI in performative ways. His goal is to move his reader. But Jefferson’s catalogs aim for the intellect rather than pure sentiment.

In his essay, “Argumentation and Unified Structure in Notes on the State of Virgnia,” George Alan Davy details how Jefferson separated some of Marbois’ original questions into discrete “queries” and then grouped the sections on land, plants, and animals into the opening portions of Notes. “This systematic arrangement…serves an argumentative purpose by helping to establish a ‘starting point’ for Jefferson’s arguments,” Davy observes. It “reflects widely-held eighteenth-century assumptions about the processes of knowing and reasoning.” For Jefferson and his contemporaries, the “process” of reasoned argument begins by establishing common ground. Davy explains that simple ideas about the external world “are combined to form more complex ideas, which can then be examined in relation to each other, joined together in propositions, and ultimately used in reasoning and discovery.”

So: Jefferson’s lists are artifacts of, and mechanisms for, his ravenous vision. For the lover of language, they contain a great deal of music, too. I know, I know: Jefferson’s lists aren’t poems, but how can all the beauty with in them be accidental? Take this excerpt from his catalog of trees, in which the Linnean taxonomical names seem to function as a chorus following the popular appellations:

How did it feel for Jefferson to make these melodic lists of Virginia’s teeming life? I can’t help sensing an urgent energy behind the proliferation of these catalogs. I think it’s the same urgency that compels me to write poems. We know that Jefferson suffered greatly just as he began responding to Marbois’ questionnaire. In June 1781, the British invaded Virginia, forcing then-Governor Jefferson to flee his home at Monticello. Over the next fifteen months, he would resign his Governorship; he would lose his infant daughter, Lucy Elizabeth, to illness; and his wife, Martha Wayles Skelton Jefferson, would die from complications of her seventh pregnancy. “Time wastes too fast,” Martha wrote before her death, hand-copying a few poignant sentences from Laurence Sterne’s Tristram Shandy. “Every letter I trace tells me with what rapidity life follows my pen.” Only four documents survive in her handwriting; there are no known portraits.

With every list, perhaps a little life returned to Jefferson. Maybe writing helped pull him up from grief. Did he juxtapose his catalogs of living plants and animals against the darker register of his lost children, his still-young wife? Just as Donald Justice’s poem creates space for lyric inquiry by leaving its central loss unnamed, Query VI makes room for Virginia itself—its land and laws—to emerge as an eternal body whose completeness contrasts the sorrow of human mortality. Jefferson begins Query VI by telling us that there’s not much gold in Virginia, but there is abundant lead, copper, iron. Virginia also possesses plenty of nitre for making gunpowder to stave off any further European invasions. At the same time, the meadows and forests of the Commonwealth offer dozens of medicinal herbs for healing wounds. The New World is full of balm and fire. Jefferson’s lists remind us of what’s still there, calling us back home.