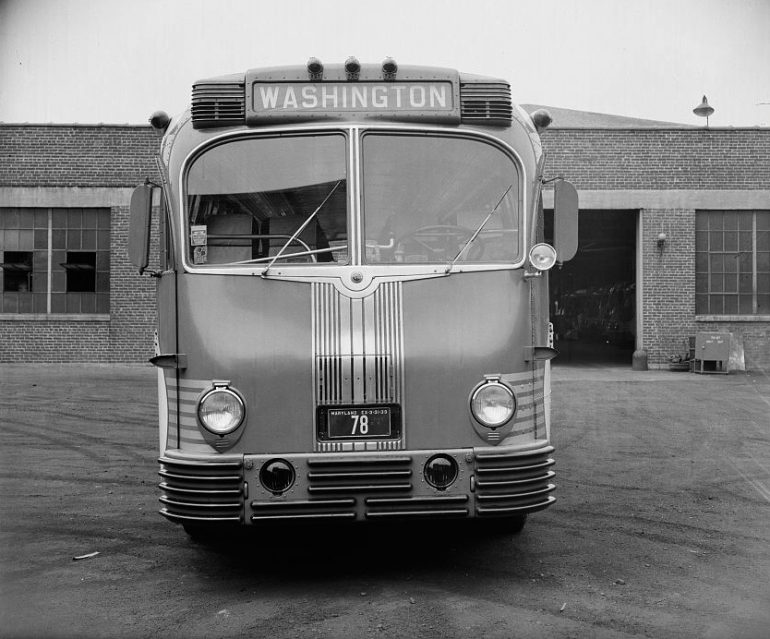 The night of the election I was closing shop in a San Francisco café, watching people frantically refresh FiveThirtyEight and sigh. In the months since, I’ve thought often of my grandparents, who survived the Holocaust, and their stories of a slowly crumbling normalcy in 1930s Germany. The idea that homeland doesn’t become uninhabitable immediately, but in small increments, haunts me: when does a home become so hostile that you should consider leaving? Growing up in North Carolina, I was used to viewing elected officials with exasperation, anger, and disbelief (think Jesse Helms, Pat McCrory). On the other hand, I’ve always felt connected to—and sometimes homesick for—North Carolina, even after moving away.

Southern writers complicate clearly defined ideas of homesickness. In states where discrimination was legislated, hate crimes not prosecuted, and outsiders viewed with suspicion, nostalgia mixes with escapist impulses, love of landscape with horror at racial violence. Carson McCullers (1917-1967) and Natasha Trethewey (b. 1966) both use the complexities of homesickness to call attention to the injustices of the segregated South. The multifaceted strains of homesickness they investigate also act as inroads to empathy in polarized communities.

McCullers’ story “The Aliens” begins in 1935, and follows Felix Kerr, a Jewish man who’s fled Munich two years before. Kerr is on a bus heading south from New York. It’s a brief story, and considered (by some) one of McCullers’ “apprentice pieces.” A young white southerner sits down next to Kerr, and they share a meal and some small talk. Kerr definitively reveals himself as a foreigner when he asks what “the plants with the white flowers” are. “’Why man!’” the southerner responds, “’That’s cotton.’”

In a pivotal scene, the southerner asks, “‘Where is your home, sir?’” As a refugee, Kerr can’t give a straight answer. McCullers writes: “The time of this journey would not be measured by hours, but by years–not by hundreds of miles, but by thousands. . . . Behind him was an abyss of anxious wandering, suspense, of terror and of hope.” This unimaginable displacement is paired with the southerner’s confession that he is in some sense a wanderer, too: “‘I’m only going a hundred and eight miles away,’ said the young man. ‘But this is the furtherest I’ve ever been away from home.’”

Though the two journeys are not literally comparable, the southerner’s confession puts the two strangers on an intimate plane, one in which they can empathize with one another. The moment that follows is strange and captivating. The southerner asks Kerr whether he’s ever been to Paris, and when Kerr says yes, the southerner tells him he’s always wanted to visit. Not because of the women, buildings, or boulevards. He wants to visit Paris because:

‘I always see this narrow street with tall houses on both sides. It’s dark and cold and raining. And nobody is in sight except this French fellow standing on the corner with his cap pulled down over his eyes.’ The young man looked anxiously into the Jew’s face. ‘Now how come I would have this homesick feeling for something like that?’

Homesickness for somewhere one’s never been is how I feel when I imagine my grandparents’ homes in pre-war Dresden. It’s different from fantasizing about a place, though it too is an imaginative act grounded in unfamiliarity. The southerner’s “homesick feeling” is a form of empathy: he’s never left his town, but feels connected to someplace he’s never been, a person he’s never met, and a situation he can’t fully understand. McCullers subtly suggests that this “homesick feeling” is one way to feel empathy for the unimaginable journey of a refugee.

The title’s principal “alien” is presumably Kerr. Robert Brinkmeyer argues in his book The Fourth Ghost: White Southern Writers and European Fascism that the second “alien” is a “deformed” Black woman who boards the bus partway through the journey. Kerr is horrified by her condition (“her face as a whole had a roving, hungry, vacant look”). The southerner is unmoved. Here, McCullers seems to question the southerner’s ability to feel empathy for Kerr, but his inability to feel concern or human respect for the “stunted, warped” Black American woman. All the story’s characters are somehow alien to their homeland. Kerr is literally foreign; the Black woman is forced into foreignness through systemic racism; and the white southerner is foreign to fellow countrymen in his inability to see the humanity of the Black woman.

So though McCullers presents the possibility of empathy, she also shows how easily it can fail. What will it mean for Kerr to make a home in a land that, like the one he’s left, is rife with racial prejudice and violence?

This is a second type of “homesick feeling:” homesickness for an unjust or divided homeland. Natasha Trethewey explores this strain of homesickness in her collection Native Guard. In “Theories of Time and Space” she sets the tone for the following poems, many of which explore displacement, alienation, and prejudice in Mississippi. The poems span the century between the Civil War and Trethewey’s birth in the 1960s under anti-miscegenation laws. Trethewey writes: “There’s no going home. / Everywhere you go will be somewhere / you’ve never been.”

Trethewey’s poems are marked by mentions of return to Mississippi, despite racist laws, burning crosses, and textbooks that claim slaves were “happy” before the Civil War. In “Miscegenation” Trethewey writes: “In 1965 my parents broke two laws of Mississippi; / they went to Ohio to marry, returned to Mississippi.” What’s incredible in these lines is the return. The poems that follow detail the speaker’s coming-of-age as a biracial girl in a place where the language used to describe her was a rejection of her humanity. The collection closes with the meditative “South.” The refrain of this poem is “I returned.” “I returned / to a field of cotton, hallowed ground—/ as slave legend goes—each boll holding the ghosts of generations” and “Where the roads, buildings, and monuments / are named to honor the Confederacy.” The poem captures the difficulty of claiming the South as home: a familiar landscape sown with the memory of slaughter, war, slavery. This contradiction is most wrenching in the poem’s final stanza: “I return / to Mississippi, state that made a crime / of me—mulatto, half-breed—native / in my native land, this place they’ll bury me.”

I finished Native Guard in one sitting. Trethewey’s intelligent and empathic poems reject rosy depictions of homeland. The voices in Native Guard look towards Mississippi with anger and knowing, longing and alienation. Though southern writers like McCullers and Trethewey have lived in places where bigotry is commonplace and hate is legislated, their writing shows that there remains room for empathy. And that it is still important to call broken places home, and struggle so they may someday become welcoming. The type of homesickness McCullers evokes in “The Aliens”—homesickness for a place we’ve never been—might act as a model for understanding those whose backgrounds seem foreign, whose journeys seem unimaginable, or whose ideologies seem abhorrent. Trethewey’s depiction of homesickness for places marked by hate reminds us of the work that is always to be done in our country—the difficult work of fully remembering and representing the places from which we come, while refusing to return to the retrograde ideas that shaped them.