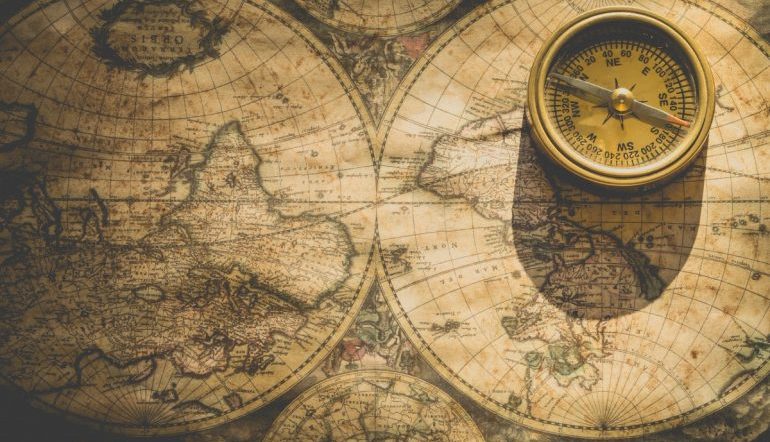 While reading Émile Zola’s 1883 novel, Au bonheur des dames, I was surprised whenever a male character would remark on the beauty of a woman’s ass. “The French!” I thought. “So liberal.” It wasn’t until the last page, when the very chaste heroine accepts a marriage proposal and then immediately allows the hero to start kissing her ass, that I checked the dictionary and realized that, for five hundred pages, I had been mistaking cou (neck) for cul (ass).

I am a linguistic muddler-alonger. A sloppy, though enthusiastic, reader of novels in a variety of languages in which I can barely articulate an order at a restaurant, never mind (horrors!) carry on a phone call. For a long time, I was ashamed of myself. I told myself that I was working towards fluency, towards a future where languages would trip off my tongue as flawlessly as Italian now does off Jhumpa Lahiri’s, who details her years of intensive study in her 2016 memoir, In Other Words

But I have now accepted that I am neither sufficiently perfectionistic nor sufficiently masochistic. I do not have Lahiri’s discipline or fervor. I have dalliances with foreign languages, not Lahiri’s cloistered commitment. I will never be able to deploy the subjunctive correctly in any of the languages I have studied. To be honest, I couldn’t even tell you which language is supposed to have the subjunctive at all.

Those who praise the hard path to proficiency usually focus on the production of language. Lahiri considers herself fluent because she is able to write in Italian. But the consumption of language is a different thing, just as eating a meal is much easier than cooking one. It doesn’t take much formal study to be able to read a novel in another language, if you don’t mind being unable to understand the occasional sentence, paragraph, or entire character (the ones that speak in dialect are usually hopeless). The skill of muddling along depends more on good guesses and strong sympathy with a particular language, culture, or genre than it does on a knowledge of grammar or vocabulary. You will not understand every nuance, but you will find joy in the shortcut of reading in your own rough translation.

English is very much my first language, and I grew up in one of those parts of America that tend to think that English should be the only language. In high school, forced to take a foreign language, I chose Spanish, since I thought it would be the easiest. I could barely keep awake during endless class exercises of pretending to be in an airplane or a doctor’s office (thereby missing out on much vocabulary that would have actually come in handy later in life). Frustrated, my teacher rooted around in a supply closet and handed me a copy of Gabriel García Márquez’s 1972 novella, La increíble y triste historia de la cándida Eréndira y de su abuela desalmada. I couldn’t put down this enthrallingly scandalous story of a girl, the same age as me, forced into prostitution and plotting to kill her wicked grandmother. (In retrospect, I can’t decide if my teacher simply hadn’t read it or if she knew very well that the intimation that something would be prohibited in translation is a perfect way to motivate reading the original.)

Eréndira was my first foray away from the pat and obvious worlds of The Baby-Sitters Club and Sweet Valley High and the other conglomerations of ponies and prom dates that I had been reading. Eréndira was puzzling not just because of the language but because I couldn’t understand the protagonist’s motivations. Why had she put up with her slavery for so long, and why was she rebelling now? The answers to these questions weren’t in my Spanish-English dictionary, but they weren’t on the novella’s pages either. The mysteries of the language intertwined with the mysteries of the text.

Despite this experience, a little Spanish would probably have been enough linguistic excitement for me. But I decided that I wanted to look at pretty pictures for a living. My PhD program in art history required me to pass proficiency examinations in five languages. And Spanish wasn’t even one of the options.

So I learned a lot of languages, quickly and roughly. I can discourse on church architecture in Italian but also once caused the woman at a museum information desk to go into hysterics because I intended to ask if there was a worthwhile restaurant nearby (che vale la pena) but instead inquired if there was one that was worth a penis (il pene). I studied ancient Greek for ten hours a day in an intensive summer program, which I recommend to anyone who wants to feel like they are losing their mind, though pleasantly, in another language. I took a “German for Reading Knowledge” class; once, despairing of ever being able to understand the Bertolt Brecht essay I was assigned, I found an English translation and discovered that I couldn’t make heads or tails of him in any language.

The examinations I was preparing for had a curious form. The first part was standard enough: a translation of a passage with the help of a dictionary. But then we had to surrender our dictionaries and read a second passage. We weren’t expected to translate it word for word; instead, we had to summarize it. The idea was that we should be prepared to skim through art historical scholarship in whatever language it was likely to come in and read enough to get the general sense and be able to decide whether to devote the time to closer translation or not.

And this is exactly what I did while completing my PhD (although, I no longer read German for pleasure, because I strained through too many archeological tomes auf Deutsch for my dissertation to ever want to pick it up again). As I read scholarly works in other languages, the question of the line between meaning and expression occurred again and again, just as it had when I was reading Eréndira. I would wonder if I disagreed with a theory or if I simply wasn’t understanding what the theorist was writing. And then I would ask myself if there is anything simple at all about picking these things apart.

The feeling I get when reading in another language, of clinging to a thin rope of comprehension while hauling myself up a mountain of words, reminds me most of the way it felt to read as a child. I was a voracious reader in a house whose other inhabitants were not, and I went to a school where the Bible was considered much of the best reading material. I was, however, allowed to run free in the public library and, thus, had experiences like reading John Irving’s The Cider House Rules, a 1985 novel essentially about abortion, before I had even worked out what sex was.

Neil Gaiman has written about the way a child reader’s imagination expands to fill the spaces of a book and about the experience of returning to a scene you loved as a child:

Reading in a foreign language you don’t quite understand allows you to recapture this feeling, this blend of mystification and collaboration.

The books that work best for this type of reading are the ones you loved best as a child: the fantastical, the mythological, the dreamy stories where things are always slightly off, where no one really understands what’s going on. Like Henri-Alban Fournier’s Le Grand Meaulnes or Prosper Mérimée’s “La Vénus d’Ille.” I also love the nineteenth-century novels, like Zola’s, where people are struggling to adapt to a new social, technological, or economic order. Their authors cater to the characters’ confusions, explaining everything in loving detail, and thus, helping out confused readers as well. Novels like this give you a generous net of narrative to bounce you back up into comprehension if you lose the thread. The characters keep going right through your moments of incomprehension, like you’ve suffered a blackout on their behalf.

Of course, in books as in life, the best choice is to avoid blackouts altogether. And just like I wish I could always avoid bad life decisions (third drinks, brownies, stilettos), I wish I could always read with perfect fluency. Never again would I have to read a paragraph five times or ask the internet to remind me how two characters are related only to encounter a massive plot spoiler. Never again would I have to carry around the same novel for six months, its corners gradually disintegrating in my bag. But I know that I won’t reach that level of fluency. There are too many things to read, in too many languages. So, instead of reading perfectly or not at all, I read in my own way.

Reading a novel in another language remains a slog—but not necessarily a painful one. It’s like hot yoga: there is a strangely wild joy in merely surviving the experience, even if you’re not managing unsupported headstands while chanting in Sanskrit. And it always reminds me that, really, all reading is reading in imperfect translation. We always have to puzzle out the meanings, the startling differences, of another era, another Weltanschauung, another mind. Adding on the difference of another language is a good reminder that, in the end, everyone speaks their own.