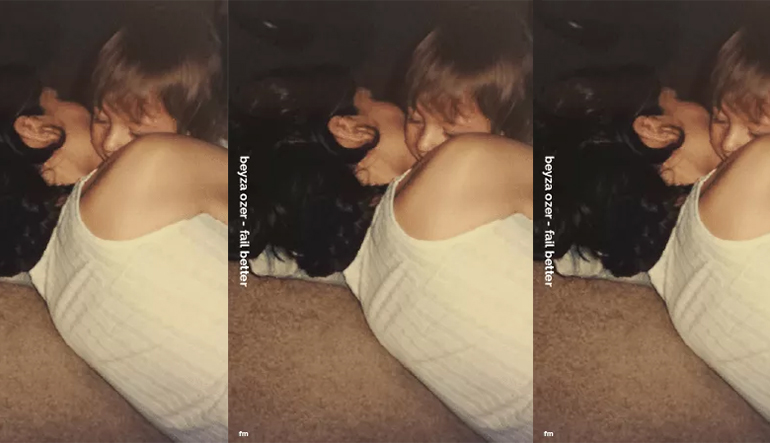 “Technically I could start over, but I’d rather be alone when I change.”

These are among the first words in Beyza Ozer’s debut full-length collection, Fail Better, and they prepare the reader for the transformations that await them. Even this declaration in “A Phone Call with Me and Allah,” this slim volume sets itself apart by using phases of the moon instead of page numbers for the table of contents. Readers move through one full moon cycle, the final poem marked with the fresh sliver of a new crescent; this prevents readers from thinking of these introspective and often alchemic poems as an ouroborus. Rather, their roundness is a potter’s wheel, its rotation necessary to create form from chaos.

On the wheel, small changes shape the evolution—or in this this case, revolution—of art, though the effect does not become clear for several moments. In “Parting the Sea Between Brightness and Me,” Ozer notes that the only change in the life of their grandmother (called Anneanne) after their grandfather returns to Turkey for good is that he is no longer there to drive her to work; the fact that this separation could change only Anneanne’s daily commute is purposely disingenuous. It leads to her having to walk to work, her declining health, her loss of freedom. That the stanza ends with, “I will probably never talk about this again,” adds a lingering sadness to the matter-of-fact language, and displays Ozer’s skill as an artisan, as if to say, “This tool has done its work,” before setting it aside because the clay requires new attention.

Fail Better is expansive, moving across great distances to share with readers wholly intimate moments, but it is not a book that could be called timeless. Two poems in particular, “When I Kiss You, A Casket Opens” and “I’ve Watched Myself Die Twice This Week,” compel readers to reckon with specific events, the first one providing a time-stamp:  June 12, 2016. Both poems are in response to the massacre at Pulse nightclub last year, and feature moments of terror Ozer has survived as a queer person in a violent world:

because when a man looks at us

all i feel is sickness & anger

because when a man looks at us

what he is going to do

It is not just heavenly bodies that revolve in this book, but fears that are well-founded. Ozer’s struggles with mental illness often mirror those of their mother, and because both have come close to it, death is a reality lived rather than a concept invoked. This relationship is explored in the “AT THE EDGE OF THE EXIT WOUND” series of poems, the last of which imagines the building of a house. The house is not a place to hide, but the imagining of a joyful future in spite of the knowledge that even that joy will end. In this house, Ozer has taken to heart the Carl Sagan quotation in the center of the book, the point around which everything on the wheel revolves:

“For small creatures such as we the vastness is bearable only through love.”

Elizabeth O’Connell-Thompson lives in Chicago, where she is the Literary Coordinator of the CHIPRC and a Poetry Ambassador for the Poetry Foundation. Her work has been published in RHINO, Banshee, The Fourth River, and The Best New British and Irish Poets, among others. Her chapbook will be released with Dancing Girl Press in late 2017. Get in touch at EOTwrites.com