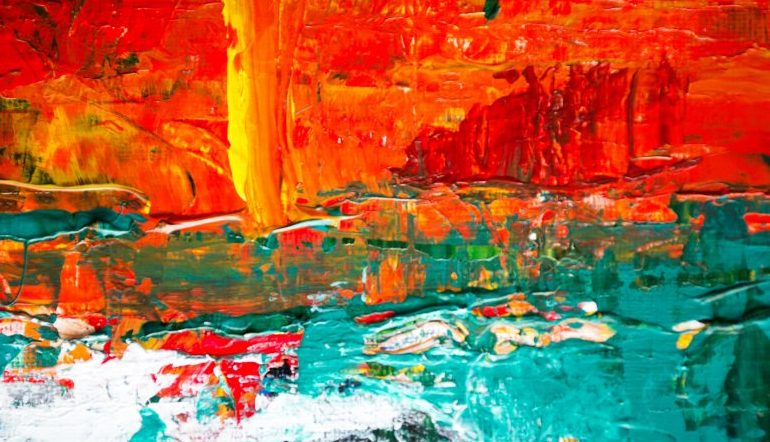 For a silent era, the most repressive years of the Soviet Union produced an explosion of memoir. Of them all, Nadezhda Mandelstam’s Hope Against Hope

is one of the most morally striking. Circulating in samizdat in the 1960s before its legal publication, Hope Against Hope is a record of Nadezhda’s life with her husband, the Acmeist poet Osip Mandelstam. Author of the so-called Stalin Epigram (an anti-Stalinist poem), Osip was arrested, exiled, and then arrested a second time before likely dying in a prison transit camp in 1938. As much political critique as memoir, Hope Against Hope positions itself as recovering truths lost during the Soviet era. This made it all the more shocking when the Mandelstams’ former friend Emma Gerstein published her own set of memoirs, challenging Nadezhda’s work.

Across a series of memoirs, published in Moscow in 1998, Gerstein presents two main points of critique. The first relates to Sergei Rudakov and his widow Lina, both of whom Nadezhda had accused of carrying out the theft of Osip’s manuscripts. The second, and more contentious, claim relates to the political legacy of Osip Mandelstam himself, with Gerstein’s famous declaration that “Nadya could not withstand Mandelstam’s elemental craving to live and work freely and openly and Nadya’s gambling instinct constantly incited Osip to keep trying.” It ends with a paragraph bluntly stating that, had the Mandelstams been less careless, Osip might have survived.

With neither of the Mandelstams alive to defend themselves, Gerstein’s claims were met with incredulity and anger. “I’m accused of defaming the dead. And what, then, was Nadya herself doing?” she complained of her critics. In turn, Nadezhda had already warned, “If any of this is written up by Emma Gerstein, it will be distorted out of all recognition. She has a genius for getting everything wrong. She has sometimes told me stories from my own life at which I could only gape in astonishment.”

The two women’s conflicting accounts have been presented as a battle over the truth. But what often gets lost is the profoundly different projects their books embark on. Mandelstam notes that her memoirs are “the truth, nothing but the truth – but not the whole truth.” For her, political analysis is a vehicle for the truths of history, with personal detail often coming second. Gerstein’s terrain, by contrast, is the personality of authors—she is a literary specialist. Her portrait of Osip, while occasionally affectionate, is far from reverent. She points to his toothless mouth, fondness for insult, and sexual appetites, including the passes he made at her. He had, she writes, “a cruel mind but a kind heart.”

More pointedly, Gerstein also delves into his relationship with politics and morality. She notes his willingness to share his dangerous anti-Stalin poem, which had risked his audience in the process. Later, she writes, he divulged many of the names of the people he had read the poem to, including herself. His admission would have devastating consequences for Gerstein, who writes, “For the next twenty years, the only words I would hear from every official, personnel department, editorial office, credentials commission and the Writers’ Union were ‘Your application is refused.’”

One critical response is that Nadezhda Mandelstam built a heroic monument to her husband, which Gerstein attempts to dismantle in her “warts and all” account. But this reading ignores Mandelstam’s model of heroism and the way in which her work oversteps the boundaries of memoir. Her first translator, Clarence Brown, noted that some books, “slip out of the categories into which tidy-minded critics long to fix them.” Hope Against Hope and (later) Hope Abandoned are certainly more than memoir. Both describe the internal mechanics of a society that transformed compassion into a political sin. “To establish the facts, one must shatter the myths,” Nadezhda Mandelstam argues, “but this can only be done if one first points to the circles in which they have been created.”

Her work interrogates those circles and their damaging evaluation of weakness and strength. “Public opinion here has always been conditioned to take the side of the strong against the weak,” she writes, later adding: “killers are only strong when they are supported and admired for their exploits by ordinary people.” The question of how to rehabilitate society is implicitly calling for the return to a moral system which insists on a place for weakness. The weakness that Mandelstam often focuses on is that of her husband, who is, without question, also the heroic center of Hope Against Hope.

She describes how, according to one witness, “M. cut a sorry figure during his interrogation.” Nadezhda then asks: “Why are we supposed to be brave enough to stand up to all the horrors of the twentieth-century prisons and camps? Are we supposed to sing as we fall into the mass graves?” She’s clear that Osip’s heroism was in overcoming his political doubts, not in avoiding them altogether. “An aftereffect of his illness was an occasional desire he now had to come to terms with reality and make excuses for it,” she points out. Later, Nadezhda carefully details how unbearable Osip found the consequences of his choice to repudiate Stalin. The portrait she draws is of a man whose life was defined by his age, even as he turned against it.

Nadezhda Mandelstam’s emphasis is on how difficult it was to escape the surrounding society. In order to survive, it was nearly impossible to avoid compromising with the regime, both practically and psychologically. She describes how informers were people “who were compromised by their background or by psychological deficiencies…. people who were afraid of losing their jobs or wanted to make a career.” The end result was an overarching complicity. “Anybody who breathes the air of terror is doomed, even if nominally he manages to save his life,” she observes. “Everybody is a victim—not only those who die, but also all the killers, ideologists, accomplices and sycophants who close their eyes or wash their hands.”

The only way to expiate mass guilt and victimhood is by providing a moral system to contend with the meaning of that weakness. The Soviet system, which reserved heroic stature for supermen and superwomen, only succeeded in producing a code of ethics which was inhuman in the most literal sense. Through Osip, Nadezhda demonstrated that morality is not a state of purity or faultlessness. Gerstein’s “warts and all” account of Osip does nothing to counter Nadezhda’s more expansive vision of heroism. If anything, Gerstein’s insistence that the Mandelstams were responsible for Osip’s death, during one of the greatest mass murders in human history, demonstrates Nadezhda’s central point: cruel systems replicate their cruelty in people.

This is not to say that Gerstein’s book is invariably wrong or unkind. Her second, and far more credible, counterclaim involves Sergei Rudakov, who became friends with the Mandelstams during their exile in Voronezh. A frustrated poet, Rudakov began putting together what he hoped would be a collected volume of Mandelstam’s work. Later, after Rudakov’s death in WWII, his manuscripts of Osip’s poems vanished. How and why is a matter of contention, but Gerstein makes the reasonable point that, in the chaos of those years, many things were lost; there was no reason to look for malice in the actions of Rudakov or his desperate widow.

As Gerstein herself admits, “Rudakov had many shortcomings.” Still, she manages a far more sympathetic portrait than Nadezhda Mandelstam, who dismisses him with the line “the poor boy must have been a psychopath.” Rudakov’s life and evident talents, argues Gerstein, were perverted by the time he lived in. She writes, “If Rudakov had developed normally … if he had been published and read his poems to those who were professional judges, he would soon himself have realised that … he was not a poet: his calling was the history of literature, verse theory and textual analysis.”

Gerstein’s empathy for Rudakov is starkly at odds with her treatment of the Mandelstams, particularly Nadezhda, whom she depicts as obscene, manipulative, and ungrateful. This discrepancy demonstrates how the two authors diverge. While Gerstein’s memoir may be a search for truth, it is not a redemptive moral project. If Mandelstam describes the alienation effected by the Soviet Union, Gerstein embodies that effect. Despite her intelligence, political circumstances kept Gerstein out of a steady career until the age of thirty-three. Her life was bracketed by Osip Mandelstam and Anna Akhmatova, two of the most important poets of the twentieth century. Looking at a photo of herself with Akhmatova and Nadezhda, Gerstein remarked, “I’m the only normal person there, with those two Witches and grandes dames.”

It’s easy to recognize the parallels between Gerstein’s own circumstances and those of Rudakov, whom she defends at length. Gerstein describes how Soviet protocol meant he couldn’t find a reasonable job: “No one would offer Rudakov a researcher’s job without a diploma and, with his unrealised gifts and evident potential as a competitor, no one would give him a contract to work on the Poet’s Library publication.” Gerstein tends to dwell sympathetically on people who were prevented from moving forward: her lover Lev Gumilev as a young man, herself, and Rudakov. The venom she reserves for Nadezhda is perhaps because she escapes this particularly Soviet fate, of not just being trampled underfoot but also forgotten.

Mandelstam’s life, by contrast, was tragic but not ordinary. She had little patience for people who, like Gerstein, were victimised in less remarkable ways. Recalling her life with Osip, Nadezhda remarks, “Some of the dimwits who hung around us did not appreciate his brilliance. Emma Gerstein, for instance, looked on our apartment as a place where she met ‘interesting people’ and unsuccessfully pursued her amorous designs on Lev Gumilev, Narbut, and whoever else happened to be there, but she paid little attention to M. and never understood his poetry.” It’s a humiliating, profoundly ungenerous portrait, one that is clearly intended to trivialize.

That is perhaps the tragedy of the two women’s falling out: Mandelstam’s moral system makes room for people like Gerstein without understanding them. In turn, Gerstein makes accusations that, to an outsider, seem bizarre, such as Mandelstam’s culpability for his own death during Stalin’s Great Terror. But bitterness, unredeemed, was part of the Soviet experience. If Nadezhda Mandelstam offers a kinder form of ethics, Gerstein leads readers into the depth of her own anger and refuses to lead them out.