Home
»
Authors
»
“So that the poem is an act of discovery”: An Interview with Brian Komei Dempster 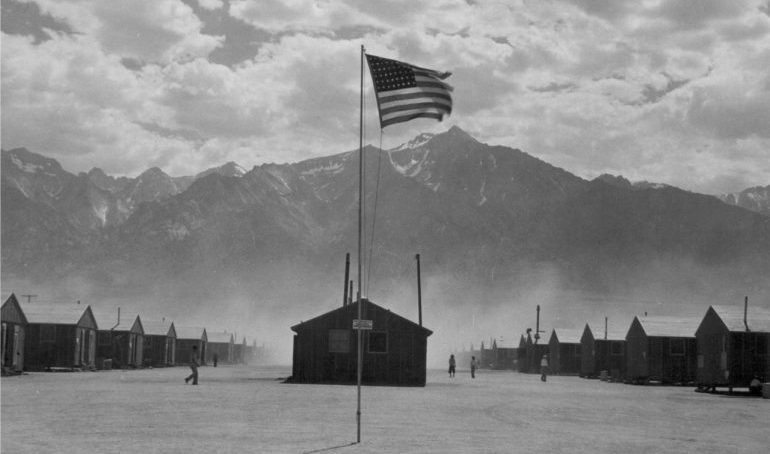 Brian Komei Dempster received the 15 Bytes Book Award in Poetry for his debut collection, Topaz (Four Way Books, 2013), which examines the experiences of a Japanese American family separated and incarcerated in American World War II prison camps. Through their interwoven narratives, his poems show us how the past never ends: it shapes and is in constant dialogue with our present lives, as our family histories are written into, and rewritten by, the lives of subsequent generations. Brian also edited From Our Side of the Fence: Growing Up in America’s Concentration Camps (Kearny Street Workshop, 2001) and Making Home from War: Stories of Japanese American Exile and Resettlement  (Heyday, 2011). A professor of rhetoric and language and a faculty member in Asian Pacific American Studies at the University of San Francisco, he also serves as Director of Administration for the M.A. program in Asia Pacific Studies. Next month he will serve as a fellow at the Frost Place Conference on Poetry.

Matthew Thorburn: Your poems combine historical narratives, your family’s stories, and your own experiences, which gives your work a wonderful texture and density—while also illustrating how these narratives are always intertwined with and complicated by one another. Would you talk about how a poem starts for you and how you weave these different threads together?

Brian Komei Dempster: A poem starts for me with an image, a scene, a phrase in my head. I must keep my pen moving and rational mind out of the way so that the poem is an act of discovery rather than a predictable journey. Sometimes I make surprising connections between events.

For example, “Transaction” started as a poem about the narrator’s mother receiving her redress check for her wartime incarceration in Topaz prison camp. As I wrote, this vignette intertwined with others: the narrator’s exploration of sexuality at a strip club; Detroit autoworkers blaming Vincent Chin for the loss of their jobs. In revision, I found it exciting to jump cut between the three narrative strands. Moving between historical injustices suffered by his family, his role perpetuating female commodification, and details surrounding Chin’s racially charged murder, the speaker shows the exclusionary and inclusionary nature of race and gender, money and power.

MT: Topaz seems very thoughtfully arranged to create a larger narrative from the individual poems. How did you go about putting your poems together as a book?

BKD: It took years and countless versions before I arrived at a satisfying order. I tried putting the manuscript in various numbers of sections, often arranged by theme—poems about camp, poems about adolescence, poems about adulthood, and so on.

These orderings, however, felt static and kept the heat of the poems confined. Once I let go of the sections, the energy of the material opened up; arranging the poems turned into a dynamic exercise—like a filmmaker editing scenes, I shuffled poems from place to place, seeking an order that would create just the right balance and momentum. Some challenges were aesthetic and involved providing enough variation in terms of poem length, form, and point of view.

Most important, I needed to reconcile these formal concerns with the content of the poems. To form an effective arc, it helped me to think of the narrative as a quest. I could then recreate the narrator’s journey of discovery—uncovering the unjust imprisonment of his maternal family, piecing together the fragments, and integrating this historical quest with the search for identity, his race, gender, and sexuality. As the narrator moves through this process, he becomes a father, marries a partner who is Chinese, which—along with his mixed-race background—adds further complexity to his identity. While the American government imprisoned Japanese Americans and was responsible for the atomic bombing of Japan, the Japanese military committed atrocities in such countries as China and Korea. In Topaz, I try to capture how these histories inform the lives of the characters. Through the arrangement of poems, I want the narrator, and by extension, the reader to see beyond simple binaries of good versus evil; us versus them. Each one of us has a complex identity, and only by seeing the nuances can we truly understand who we are.

BKD: I am working on Seize, which explores my role as a father in raising a 10-year-old son, Brendan, who has epilepsy and severe physical and cognitive disabilities. The manuscript articulates not only the challenges that my wife, Grace, and I face but the rewards and joys.

On the one hand, “seize” refers to being imprisoned physically, psychologically, or both. On the other hand, it means owning your experience, even if it’s traumatic or challenging, and overcoming what seems insurmountable. As with Topaz, this project threads together various strands. Poems about Brendan integrate multiple themes and/or are juxtaposed with poems about father and son relationships; Japanese American wartime incarceration; racial tension and violence; and post-traumatic stress of Vietnam veterans.

BKD: The Boy in the Moon by Ian Brown is a memoir that resonates with me. Brown writes with candor about the complicated truths of fathering a disabled son: the demands of daily life; the frustration that comes with a child’s physical and communication challenges; and the tenderness one feels, as a parent, towards a child so vulnerable. Brown’s book, like Kenzaburo Oe’s A Healing Family, affirm that my relationship with Brendan is part of a collective narrative and that telling his story will empower my son, myself, and others.

Read some poems from TOPAZ here, here, and here.