Home
»
Critical Essays
»
The Joys of a Journal 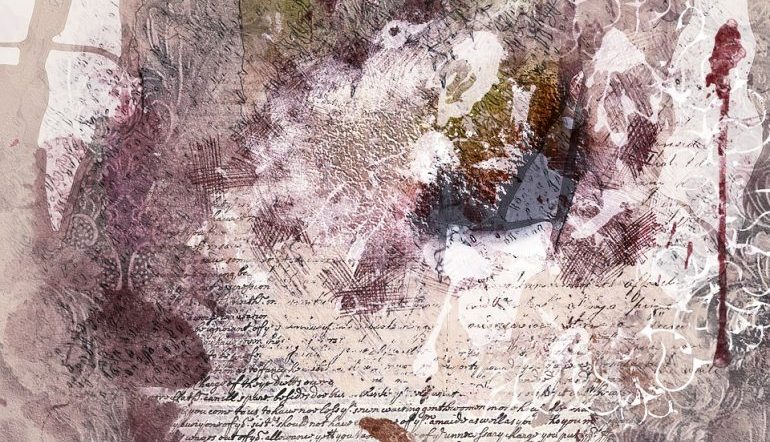 Last April, I attended Alexander Chee’s talk on reporting the self at Grub Street’s Muse and the Marketplace conference in Boston. In between discussing research methods, how to interview subjects, and ways to mine your old journals and emails for memoir-worthy information, he got to what seemed to me to be the heart of everything: “The thing that you remember is the thing that you live with.”

I’d never heard this truth stated so clearly before. What else but memory could be at the root of so many personal conflicts and problems? People’s interpretations of the same event often differ widely, at times so much so that it can be hard to agree on a starting point for reality. Beyond that loom more complicated questions that masquerade as straightforward ones: How do you even know what you remember? How can you figure out what it is you’re living with? Although Chee’s presentation was aimed at writers, and, more specifically, at memoirists, I didn’t walk out of it wanting to write public pieces about my life more often. Instead, I was reminded that the answers to these questions need never appear on a published page to be useful and worth exploring.

When I was a child, I kept an uninspired sort of diary, which I was given as a gift and felt needed to be filled. I call it a diary because it had a small gold lock, but I was given to straight reportage, not emotional musings. I wrote about my days as if I had to explain them to myself, carefully setting each scene and trying to keep accurate track of every event that happened, who said what when, and why, giving my best guess on that last one since I never thought to ask anyone their reasons. Since I was lucky enough to have a fairly happy, uneventful childhood, I was writing a boring story; a good childhood is a wonderful thing to live, but not to read about. I eventually tired of writing in it, though I’ve kept some version of a diary or journal sporadically over the years. Although there were times I wrote for fear of forgetting a particular place or experience, mostly I’ve thought of it as a duty. Many famous writers have kept diaries, and I felt the need to do the same.

Joan Didion’s essay “On Keeping a Notebook,” which I read on the heels of Chee’s talk, offers a straightforward explanation for the necessity of note-taking: she finds the disappearance of memories as years pass to be the main reason to do it. She writes: “We forget all too soon the things we thought we could never forget.” Writing our future selves notes from the present is the only thing that can prevent this from happening. Didion also muses that “[k]eepers of private notebooks are a different breed … children afflicted apparently at birth with some presentiment of loss.” It doesn’t particularly matter, she suggests, if the recorded memory is a journalistic masterpiece—it’s only for the self. As a result, Didion says she not only has “had trouble distinguishing between what happened and what merely might have happened, but [she] remain[s] unconvinced that the distinction, for [her] purposes, matters.” Capturing the sensation of being oneself aligns with Chee’s statement—what we remember is our feelings and emotions and experiences, the essence of ourselves. As Didion says: “Remember what it was to be me: that is always the point.”

Patti Smith’s M Train, a memoir focusing on the musician’s adventurous adult life after meeting her husband, Fred Sonic Smith, achieves this perfectly. There’s little fanfare in the book, though it describes some unique experiences: traveling to Frida Kahlo’s house, joining the Continental Drift Club, meeting and singing with chess great Bobby Fischer, and buying a home in Rockaway Beach that is soon after destroyed by Hurricane Sandy. She also, however, discusses a life that would track with most people’s: drinking coffee, losing things, missing her deceased husband.

Smith not only utilized notes and photos taken throughout her life to write the book, she at times includes excerpts from her journals verbatim. “We are guided by roses, the scent of a page,” Smith writes when discussing the haphazard way she jots these notes—scribbles on napkins she has to then avoid losing, observations logged in a notebook, diary entries created with a typewriter. This encouragement to write in whatever way strikes you is freeing and offers a sense of the magic that occurs when you decide to be your own quiet observer, the unobtrusive recorder and celebrator of your life just by writing it down.

In M Train’s postscript, Smith says that she’s found difficulty, since finishing the manuscript, in not recording her “daily goings-on” for future readers. She proceeds to give us a twenty-page update on her house, the passing of her friend Lou Reed, and her cameo in the show The Killing, among other things. Then the book ends. It feels more like a beginning, though—a time to examine the way we live and how we can better enjoy life as it happens.

Contrary to Smith’s impulse to continue writing is Didion questioning herself repeatedly throughout her essay: “Why did I write it down? … Why do I keep a notebook at all?” She examines the tendency, often encouraged from childhood, against self-absorption, which makes it hard, at times, to see why one’s life is worthy of a journal entry. But, due to her view that keeping in touch with her past selves is paramount, she ultimately dismisses that feeling. For Didion, as for Smith and Chee, our stories and the way that we tell them organize and shape our realities. Recalling who we were, and are, at different points in these tales is the crucial reason to write them, even if they will have no readers but ourselves.