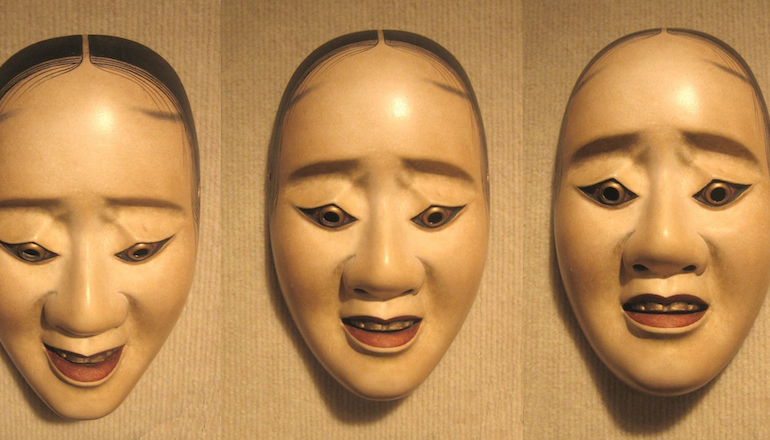 With threats to reproductive healthcare occurring on a near daily basis in the United States, it is little wonder that literature about gendered oppression and women’s attempts at resistance has become so compelling, as seen in the popularity of dystopian literature centered on women’s autonomy such as Margaret Atwood’s The Handmaid’s Tale or Louise Erdrich’s Future Home of the Living God. As we work to dismantle patriarchal systems of oppression, it is important to consider the role of women in maintaining the dystopian worlds these men rule. Who benefits from proximity to power and does resistance always benefit everyone? If not, is it necessary to elide difference until we reach significant milestones—such as equal pay or bodily autonomy? And, if such an approach is necessary, what harm comes from erasing difference for the sake of a “larger” good?

In contrast to the dystopian worlds of Atwood and Erdrich, the Japanese author Fumiko Enchi writes about another type of dystopian system—one based even more in the political and social structures of her day—and the ways in which women work within its boundaries. Her 1958 novel, 女面 (Onnamen), draws from classical Japanese imagery in literature, as well as from Nō theatre, a stage art that relies on pale masks as a key element of performance. The title itself refers to Nō masks that represent stock women characters from traditional stories—such as the young “madwoman” or the older woman wizened by age and loss—though it is translated into English simply as Masks. The novel grapples with women’s rage within a system that is structured to work against them, as well as the ways some women perform what is expected of them in order to usurp the system itself—with messy consequences.

Though there is much to say about Enchi’s novel, the messiness of resistance and its visceral, affective power are two elements that make Masks such a compelling story of female autonomy. This is particularly true in the character of Mieko Toganō, the older widow who is at the heart of the narrative and whose scheming propels the story forward. Though the narrative takes place in the postwar era, Mieko is closely tied with images of Heian literature. More specifically, she is repeatedly linked to the Rokujyō Lady from The Tale of Genji, the spurned lover of the titular Genji whose spirit viciously attacks his other lovers while the Rokujyō Lady herself sleeps. Though it is tempting to portray the Rokujyō Lady’s subconscious rage simply in terms of love lost, Genji’s betrayal of her has larger ramifications: Genji represents passionate desire but also the possibility to regain the social standing that she had lost in the past. Yet, when his desire for her cools, her prospects (and, by extension, the prospects of her daughter) recede once again. Her rage is not merely a result of thwarted passionate attachment, but also a rage against how contingent her existence is within a patriarchal world.

Spirit possession, or the ego’s ability to enact subconscious desires through mediums, appears as a key theme in Masks, and becomes one of the main tropes through which Mieko can act out her resistance. As the narrative unspools, readers are fed bits of Mieko’s painful past and her decades-long plan to enact revenge on her abusive husband’s lineage while simultaneously paying homage to her lover who died in Manchuria during WWII. Her plan is ingenious, playing on the patrilineal structure that she was forced into and usurping it. Rather than producing children of Toganō blood, she becomes pregnant by her lover before he leaves for war and raises the set of twins as legitimate Toganō heirs. Thus, she ensures that the children who inherit the estate would not be children produced by the man, and family, who hurt her. She masks her true actions by performing domestic expectations and producing heirs who ostensibly belong to the legitimate patrilineal line. For a few decades, it seems that her usurpation has worked.

Her plan is seemingly foiled, however, when her son, Akio, is killed in a ski accident before the events of the novel. It is this accident that shifts Mieko’s actions from sympathetic resistance to something more sinister.

Mieko’s revenge stems from her hatred of her dead husband and of a larger social system that caused her pain. But to enact this revenge after the sudden death of her son, she must use other women. In a world where so much emphasis is placed on the domestic, Mieko wishes to create a domestic space where there is no patriarch and, most importantly, no remnant of the Toganō family that she married into. But for the estate to remain outside of Toganō power, Mieko requires a suitable heir. With Akio’s death, the estate would go to his twin sister, Harumé, who is described as “mentally challenged” and therefore unable to manage the estate herself.

Although Harumé is unable to inherit, she can physically produce a new heir. Thus, to achieve the culmination of her plan, Mieko chooses to sacrifice the life of her daughter—who is the most vulnerable of the female characters Mieko uses—to ensure that her dead husband’s estate never returns to his bloodline.

There is a dark tension between Mieko’s desire to resist the system as a woman and the fact that she readily uses other women as pawns. One of the more heartbreaking scenes in the novel occurs when Harumé is explicitly coerced by Mieko into following through with the plan. Whatever reservations she has about using Harumé, even when the decision ultimately leads to Harumé’s death, are far outweighed by her desire for a non-Toganō heir who carries the blood of her long-dead lover. Mieko’s long-time servant, Yū, sees through Mieko’s plan and is horrified by it. She states,

Please don’t compound the evil you’ve already done…After Master Akio died, I thought you might mend your ways, but I see now you haven’t finished yet with your plotting and scheming. What you are doing is too shameful to bear the light of day.

Although Mieko readily uses both men and women to accomplish her goal, it is the women who suffer the most.

In the end, a male heir is born. The child contains no Toganō blood and the male character who falls prey to Mieko’s plan is never part of the household. Thus, there is no fear that the estate will fall outside of Mieko’s control and her “witch’s den,” as another female character calls the Toganō home, remains an enclosed world dominated by women. Yet, there is no clear indication that the plan brings emotional resolution for Mieko. The novel closes with her gazing at the Nō mask, Fukai, gifted to her by a renowned craftsman after his death. The Fukai mask is the face of a mature woman, revealing a life of experience, suffering, and the loss of man or children. This ending is open-ended, leaving readers uncertain as to Mieko’s true thoughts on her revenge; while she expresses grief over what was lost and indicates awareness of the sheer intensity of her bitterness, there is no explicit remorse. And there is no sense that things could have ended differently.

All drama and suspense aside, what we come away with from the novel is a larger question to reflect on: how successful is resistance when the lives of other women—particularly those who are in vulnerable positions—are sacrificed for a “larger” plan? This is a question that appears repeatedly within feminism, as with bell hooks’ calls for considering intersectionality when we discuss gendered autonomy. In our race to reach gender equality, we are always at risk of obscuring other corporeal struggles that are a part of our existences. Masks thus offers a complication as well as an acknowledgement; Enchi does not moralize the story and in many ways readers are as sympathetic to Mieko as we are appalled by what she was capable of doing. Too, Mieko’s plan ultimately does not address her oppressors and instead perpetuates oppression through her use of other women. For all her desire to enact revenge on men, the plan produces a male heir. The plan intended to bring female autonomy to the fore ultimately reproduced the status quo.

Masks tells a fantastic fictional tale of rage, resistance, and complicated outcomes, while leaving readers critical of what it means to operate within a system in order to push against it. Resistance against oppression, without considering other intersectional elements, leads away from freedom and into deeper oppression for many. There is increasing pushback against oppressive systems that have been in place for decades, even centuries, and this resistance is both good and necessary. But it is just as important to step back and consider whose lives improve with these actions and whose lives are sacrificed, or completely forgotten, as well as whose voices are silenced, for the sake of a movement. Ensuring that political resistance opens up participation from all groups is what will produce strong change. While Masks focuses on the complicated and messy vision of a single woman working within a patrilineal system, it provides an echo of a warning against racing blindly towards a single target at the expense of other women.