Home
»
Reading
»
The Past, Living 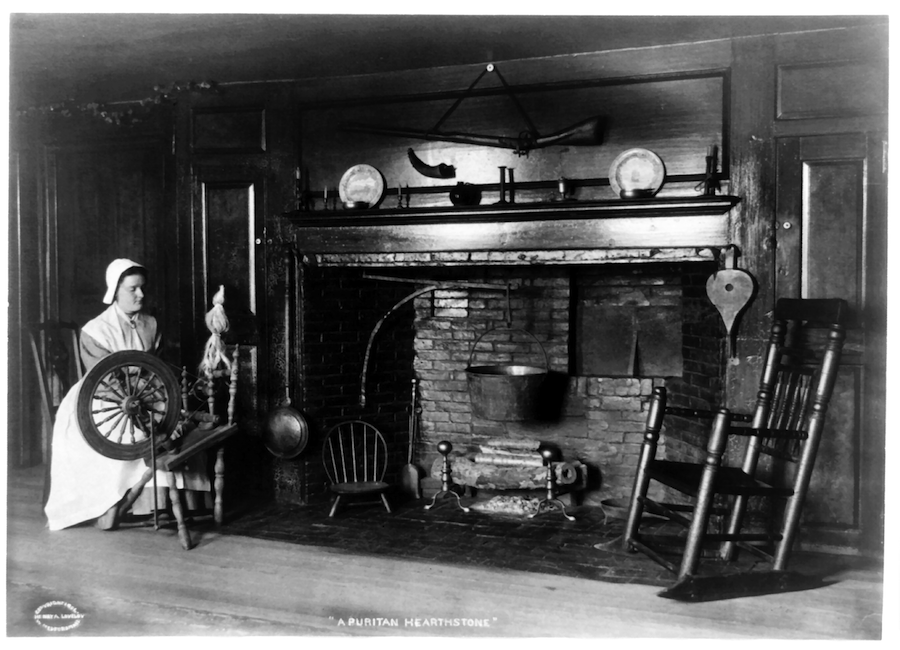 For a person who loves writing and reading stories that take place in the past, I don’t seem to like the term historical fiction much. It tastes of dust to me. No doubt unfairly, I think of a certain kind of novel when I hear it. You know the kind:

Then many many more pages devoted to quaint hardships and kinds of cloth.

I sympathize, I do. Nobody likes to do research without getting to use it, but actually I think that’s probably not the real explanation for some writers’ tendency to smother their stories under copious details, strained references to significant contemporaneous events. My bet is that this tendency is instead a side effect of enthusiasm: most people drawn to writing about the past really love the past. The quirks, idiosyncrasies, and small, exotic normalcies of everyday life in that unreachable world seem just too good not to shoehorn into their stories somehow.

I share their fascination, too, most of the time, but somehow not when I’m reading a story. I think this is why the category of historical fiction comes with so much baggage for me. I mistrust writers who misdirect my attention, and I’m no more likely to care about the color of a wall in 1853 than I am in 2015, but stories set in 1853 seem much more likely to pause and tell me, in depth, about this color. Beneath this kind of weight, characters flatten and stiffen until they’re as wooden as the furniture (a mahogany ball-and-claw-foot highboy!) that surrounds them.

Of course, there’s also the other, opposite potential failing: historical fiction that doesn’t feel historical at all. Stories set in time periods about which it’s clear their authors didn’t have, or bother to gain, much knowledge. Anachronisms at frequent enough intervals to jar readers right out of the dream. And so, as anyone who’s tried to write a story set in the past knows very well, it’s a fine line.

Many of the writers I love prance along that line like dazzling tightrope artists. I’m realizing that from a simple description, the opening scene of Penelope Fitzgerald’s The Blue Flower might seem to fall victim to that first potential failing, overloading; it’s set during a wash-day in the late 1700s, and we do learn some things about the linens. But we can also see instantly that these linens are being used in the service of the scene, and that these characters live. “Fritz, I’m afraid you have brought me here at an inconvenient moment,” says Jason Dietmahler, recently arrived guest, to our protagonist. “…Here I am, a stranger to your honoured family, knee-deep in your smallclothes.” And later in the scene: “‘Here among the table-linen, I am disturbed by Fritz Hardenberg’s younger sister,’ Dietmahler thought. ‘This is the sort of thing I meant to avoid.’”

We can tell from the outset that in this novel, historical authority is paired with wit, and an instinct for human entanglement of all kinds. The story will prove to be about not table-linens but love, and the mysteries and moral murkiness of attachment, and heartbreak. The characters’ lives are always in the spotlight; when we learn about the trappings of the era, we learn about them because they shape those lives.

Jim Shepard is another master of this balance. His stories are saturated with knowledge of the widely varying time periods they’re set in. But the facts and details we hear about are the ones that matter to his characters, that heap tensions on them. In the story “Sans Farine,” we get a lesson on the history of the guillotine—from the perspective of the chief executioner of Paris during the French Revolution, who’s in the midst of losing his wife and his happiness over the acts his job requires of him. We thus hear the lesson a bit differently than we might otherwise:

From a distance the whole thing has the austerity of a diagram. The grooves are rubbed down with soap before each use. Disassembled, it’s stored in a shed known as the Widow’s House.

My sons and I supervised its first test at the Bicetre Hospital on the outskirts of Paris. Before us and the assembled dignitaries Dr. Louis beheaded a bundle of straw, a live sheep, and several corpses…At that very first demonstration, I was heard to wonder aloud whether the machine’s very efficiency would prove to be a source of regret.

Then there’s the astonishing way Alice Munro layers centuries of the history of Carstairs, Ontario through the stories in her collection Open Secrets. We see this place in frontier days, during the World Wars, in more contemporary moments—all out of order. We come to know so much about all the characters who’ve occupied the same space, over time, that the book begins to feel haunted, the way life does. Everything seems to exist at once. “I did used to have the terriblest dreams,” says one of these characters—Annie Herron, young bride of the frontier turned eccentric old sewing-woman—at the end of the story “A Wilderness Station.” Having seen what’s happened around and to her during her own life, what will happen after, we can see why.

The past I want to read and write about is always the kind alive enough to frighten. The kind that isn’t a collection of curiosities, but a mood, a sound, a threat, of various kinds, on the page. There’s nothing like the best stories about this past to make us see that in so many ways, we still live there.