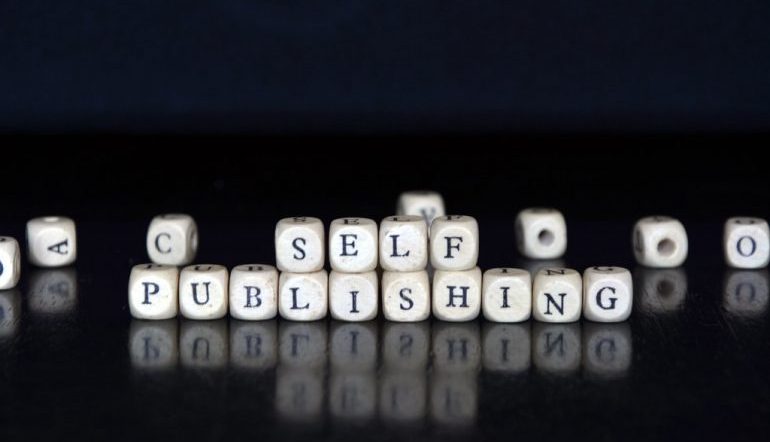 Last week, I had an author ask me the earliest his publisher could have his book out. I told him January 2016. Even if he turned it in this week. “And, they wonder why big publishers are dying,” he said. He wondered aloud if he should crowdfund a shorter idea and self-publish a ninety-nine cent ebook between now and then. The funny thing is that he’d referred a friend to me just a few weeks ago who wanted an agent. That friend had gone exactly the route he was now proposing, and had found the indie pub experience to be much less amazing than he’d been led to believe.

I’ve written before that big publishers aren’t dying, but many of my authors wonder if they aren’t at least scared by the number of alternative routes to getting a book published. If you spend a lot of time on Reddit’s subreddit for writers, you’ll get the feeling that authors are all revolutionaries and that, because of them, the NYC publishers must know their weak foundations are crumbling.

That’s not, however, how the people I know think of the situation at all. I’ve never heard a single person in publishing, young or old, express fear over the rise of self-publishing.

That’s why the most interesting thing I’ve read in the past two weeks was this article in the Guardian by Suzanne McGee, called “You can try to be the next Hemingway– for $6,000.” (Full disclosure: I have spoken with Suzanne in the past about her writing, but not about this piece.) It’s an account of what you’ll have to pay to self-publish well, and it’s a useful resource for writers.

What’s even more interesting to me, however, is how much more than this a traditional publisher spends to make a book happen. NYC publishers spend ten times that, which demonstrates that you get what you pay for: the difference in the final product is a big part of why many employees at the big publishers don’t consider self-publishing a threat at all.

In Suzanne’s piece, she explains that getting your book out on your own requires an investment. It costs money for a cover, for an ISBN, for a service that makes books available for reviewers, and for editing. She pegs the cost at about $6,000, though some of her Twitter followers said they had paid less.

That’s a pretty good chunk of change, but nothing compared to what publishers spend. Let’s look at the financial life of a “small” $14.95 paperback:

If the publisher hopes to sell 10,000 copies–for most publishers, the minimum number of copies they’d consider worth pursuing–that’s roughly $75,000 in revenue for the publisher. Ideally, that’s about $7,500 in royalties for the author and $7,500 in profits for the publisher. The leftover $60,000 goes into making the book.  While some parts of the production workflow and publicity process have gotten much cheaper over the years, the money saved in one area has been funneled into others. Admittedly, part of that $60,000 goes towards efforts (writing copy, monitoring vendors, sending out review copies) that self-published authors end up doing themselves.

What kinds of things make the difference? For a few hundred dollars with a self-publishing service, you can have a cover. That’s what the big publishers pay, too, but they subsequently have meetings where professionals nitpick designs for market appeal. Publishers spend a fortune on the content editing and proofreading books, and every author I’ve spoken to who has gone down both roads is amazed at the difference.

Only a slice of that money–maybe another $7,500–will be budgeted for promotions and advertising. However, bigger sales projections means the bureaucratic to-do lists in every area of gets longer and longer, often because most book purchases are still of physical copies, and the more “channels” a book sells in, the more work involved (Can you help us get copies for this college bookstore? Can you see why this regional wholesaler is showing up out of stock when they have copies? Can you get us a second hi-res picture of the author for this major website’s feature?).

This is one of many reasons why nearly all of the writers who make it to the top of the self-published bestseller list are happy to take a deal from the mainstream publishers. This is also why industry folks I know who work in areas that have been “disrupted” by self-publishing don’t worry about that disruption: today’s self-published bestsellers could be tomorrow’s house authors. Plus, while eyes still roll at the mention of 50 Shades of Grey, we’re all book people, so we all still love the idea that readers will continue to find great books that might otherwise have gone unpublished.

“The Whole Thing is Just Sad”

This is probably the most common opinion I encounter. People who work in book publishing spend a lot of time on Amazon, doing research about the current market. They now spend a lot of time scrolling through search results filled with self-published books few people have bought. Most of my slush pile is writers whose self-publishing experiences have gone very badly. Sure, we see the success stories, but we see many, many more people who spend nothing on production and later decide that their books are embarrassments. We also see many people who have been told by editors and agents that their books will not sell, and have then spent thousands on their own just to find out that this was true. Amazon doesn’t publicize the ratio of winners to losers, but the odds appear to be slightly worse than those for winning scratch-off lottery tickets.

“They Have Their Thing And We Have Ours”

If you don’t publish genre fiction or niche business books, self-publishing has probably had no impact on your business.  It’s not for lack of trying by writers: if you publish political books, for example, you have seen competing self-published titles–but they’ve made barely a ripple. So, traditional-publishing people just skip the articles on self-publishing or read them with wonder. They feel like TV producers feel about Youtube stars: Really, there are millions of people who want to watch a woman open and play with Disney toys? That’s strange, but irrelevant to the producers of Breaking Bad and 60 Minutes. Some of these YouTube stars might be making millions, and that’s cool, but TV was never going to serve those viewers this material anyway.

Evangelists will surely take this whole piece, and the lack of concern I’m claiming, as simply more evidence that New York publishing is headed for a fall. It’s possible they’re right. But for everyone else: if you write genre fiction or have a niche nonfiction advice book, read Suzanne McGee’s piece and you’ll benefit from her advice. And if you’re not, and you don’t think very often about self-publishing, you’re in good company.