Home
»
Critical Essays
»
The Possibilities Born of Spinsterhood in The Blue Castle and Now, Voyager 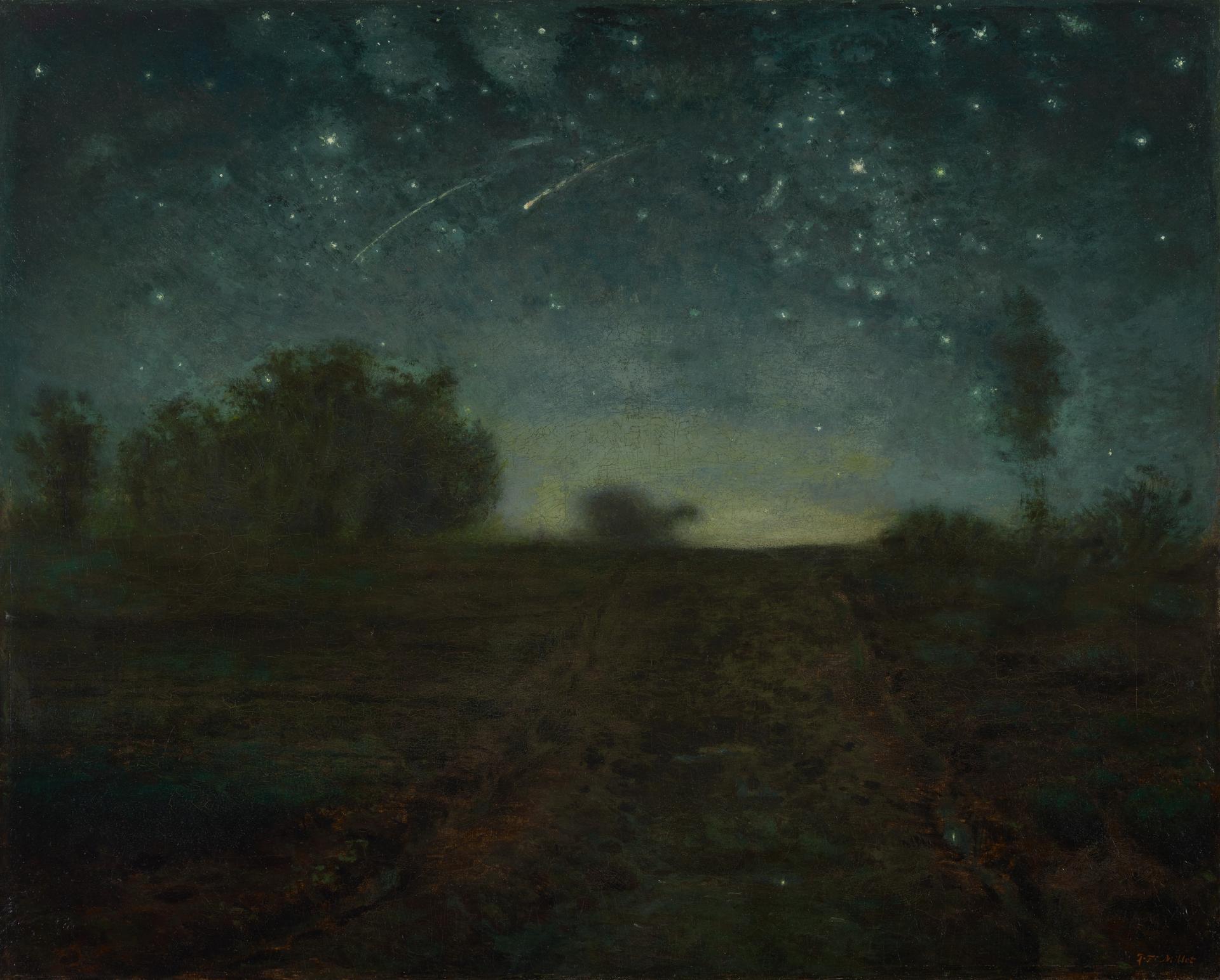 In my reading lately, I’ve been seeking out joy. It’s a tough emotion to pin down and one that I expect varies by reader, but that toughness is what prompts me to write about literature and art. My best critical writing will always be a love letter to the works that move me. I found joy while reading L.M. Montgomery’s The Blue Castle (1926), and while watching the 1942 film Now, Voyager. I want to share some of that joy’s flavor, along with the Cinderella-like reversals of fortune (prompted this time by guts and grit, not fairy godmothers), shared imagery, and radical individuality that link the two. Because, just as this essay is a love letter, so are The Blue Castle and Now, Voyager, to the power of self-knowledge and the determination to change.

One of the strengths of both the novel and the film is their focus on spinsterhood and the possibilities it supplies. The Blue Castle, one of only two adult novels by Anne of Green Gables author L.M. Montgomery, features Valancy Stirling, a meek twenty-nine-year-old seething under her family’s scorn and small-mindedness. Now, Voyager may be directed by Irving Rapper, but the movie unquestionably belongs to Bette Davis’s Charlotte Vale, also the unmarried daughter of a smothering family, whose magnificently melodramatic performance begins with a mental breakdown that is her salvation.

Valancy and Charlotte begin their journeys deeply dissatisfied, but their singleness itself is not the cause of their unhappiness. As Valancy thinks about an acquaintance who is about to be married, “I don’t envy Jennie the man…but I do envy her the house.” Repression and virginity are not what hold the two women back—it’s their lack of independence and control over their own lives. Stuck with families whose interest in keeping up appearances amounts to willful ignorance—as her daughter is on the edge of a nervous breakdown, Mrs. Vale insists that Charlotte is “no more ill than a molting canary”—they lack the motivation to claim agency. This agency is key, and it’s not a byproduct of their singlehood. It needs to be claimed, while facing opposition. When their spinsterhood becomes a neutral state, unmoored from associations of sterile singlehood or unfettered freedom, Valancy and Charlotte are forced to craft their own independence and make decisions about how they will live their lives. That independence leads to two different but equally affirming conclusions.

The imagery linked with Valancy’s and Charlotte’s decision-making adds layers of visual and cultural significance to their quests for freedom. The first of these images is the castle.

“I never heard it said that a woman’s home is not her castle,” says psychiatrist Dr. Jaquith when Charlotte shows him her room. She replies that the room and its furniture are “enduring and inescapable” in a tone that leaves no doubt over her views of those qualities. To Charlotte, a castle isn’t a stronghold that keeps her safe, but a prison locking her in, chaining her to a frosty mother and eternal adolescence. Valancy’s castle is much more benign, but also something she must break free from. Letting “herself go rather splendidly in her daydreams,” she imagines the titular Blue Castle as a fairy-tale sanctuary in Spain where she entertains lovers and enjoys luxury and freedom denied her in everyday life. Her castle is a spiritual fortress instead of an earthly prison, but that doesn’t change the fact that she spends more time hiding away in it than she does considering how she might build a real refuge. It takes a crisis to jolt her out of her self-loathing and to realize that only she can secure her satisfaction.

Charlotte’s aforementioned breakdown and subsequent stay in Dr. Jaquith’s sanitarium pull her away from her family, and The Blue Castle’s inciting incident has a similarly cathartic touch of melodrama. Told that she has a serious heart condition and only a year to live, Valancy realizes that she can’t stand her life, and, more importantly, decides to do something about it. Beginning by speaking her mind at a family dinner party, she scandalizes everyone present, and alienates them even further when she leaves her mother’s house to get a job housekeeping for the town drunk. Charlotte’s arc continues along similar lines: unwilling to return home once her sanitarium stay ends, she embarks on a cruise to South America.

At these junctions, Valancy and Charlotte discover romance, and their paths diverge. They both meet men who challenge their ideas of the kinds of lives available to them. These encounters, as personally transformative as they are romantic, are framed by imagery of the night, the moon, and the stars. In fact, the easiest ways to trace Charlotte’s and Valancy’s character development is to trace the scenes set after sunset, as almost all of their revelations take place in the dark.

Charlotte meets architect Jerry during a daytime trip ashore, but it’s not until the sun goes down that she begins to open up to him. “There were a few moments…when I almost felt alive,” she tells Jerry on deck under a night sky. That night sky continues to watch them, witnessing their first kiss on the balcony of a Rio de Janeiro hotel. Jerry’s marriage and family make a long-term relationship impossible, but his love gives Charlotte an opportunity to see herself as worthy of dignity and respect. Realizing that she can love and be loved doesn’t solve Jerry’s unavailability, but the knowledge gives her strength to chart her own path. On another trip to the sanitarium, she meets Jerry’s emotionally disturbed daughter, Tina, and unofficially adopts her. In the movie’s iconic final scene, Charlotte tells Jerry that, to protect her relationship with Tina, they can no longer be romantically involved. “…help me keep what we have,” she tells him, calling their co-parenting “that little strip of territory that’s ours.” They stand by an open window, mimicking their positions by the ship’s railing on the first night they met, and Jerry asks if she’ll be happy. Charlotte replies, “Don’t let’s ask for the moon. We have the stars.”

It’s a glorious moment, in no small part because of the realism it lends to the film’s deep romanticism. The complete, uncomplicated happiness Jerry believes he could give Charlotte if they were married is impossible, but that doesn’t mean what he can give her—guardianship of his daughter—is unworthy. Charlotte ends the film able to navigate practical realities and resolve her desires in a manner the neurotic woman of the beginning never could.

Valancy’s relationship may have a more conventionally satisfying resolution, but that doesn’t mean it’s painless. Barney Snaith, the hermitic town eccentric her family is convinced is hiding a criminal past, is friends with her first employer. She realizes she’s in love with him when they’re driving and his car runs out of gas “alone in the summer night in the white splendour of moonshine.” Since she believes she’ll soon die, Valancy takes matters into her own hands, proposing to Barney and framing it as a short commitment. They are well-matched, loving nature and disregarding convention. Their move to Barney’s island cabin allows Valancy to explore her romantic and sensual desires, finding the real-life embodiment of her blue castle.

In typical romantic comedy fashion, the brief marriage she envisions isn’t born out in reality. Valancy learns that she is perfectly healthy; the initial diagnosis she was given was incorrect. Already feeling that she’s tricked Barney, she learns that he’s the estranged son of a patent medicine mogul. Believing that she’s pulling him away from his true family, she returns to her mother’s house and asks Barney for a divorce.

While it does broaden their experiences, Valancy’s and Charlotte’s growing self-knowledge doesn’t protect them from heartbreak. More significantly, their self-knowledge has little practical value until it’s harnessed to concrete decision making. For Charlotte, that means weighing romance against motherhood and choosing the latter, while Valancy learns to trust Barney when he insists he wants their marriage to continue after she reveals her newly discovered health to him. In the nighttime darkness that surrounds their relationships, these women learn to grope their own way through life, even if that progress is often clumsy. It’s no accident that, much as their moments of deepest joy and vulnerability occur after dark, their times of deepest pain and isolation are in broad daylight. Their previous lives were static but mapped out. The way was clear, even if it led to misery.

In The Blue Castle and Now, Voyager, self-knowledge is a powerful diagnostic tool that needs to be harnessed by decision making in order to affect lasting change. Both works subsequently insist on the validity of their heroines’ choices. It doesn’t matter that Valancy’s marriage is the more societally accepted path than Charlotte’s—what’s significant is that both women make choices about what they value and the sources from which they will draw their happiness. They insist that their protagonists claim power over their own lives, even when that power is difficult to navigate. Within their trappings of romance, comedy, and melodrama, they locate an emotional truth: that personal change takes work. We have the stars, and though holding onto them may take sacrifice and pain, they are not out of reach.