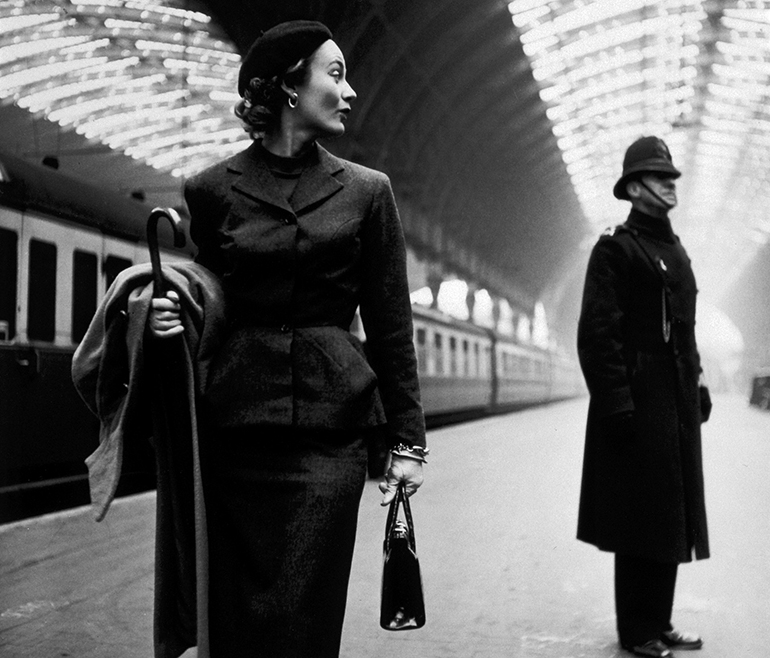 Although mid-century British novelist Barbara Pym is often compared to Jane Austen, due to her focus on small societies and witty heroines, her “truth universally acknowledged” has nothing to do with what men want, and everything to do with what women don’t want. And what they don’t want, particularly, is men. Mildred Lathbury, the protagonist of Pym’s Excellent Women, is an aspirational spinster. She is unencumbered with the care and keeping of a husband and his house, and although the unhappily married couple who live downstairs is preoccupied with finding Mildred a husband, she’s more interested in accepting dining invitations, keeping the local parish running, and getting over-involved in the affairs of her friends.

Barbara Pym’s spinsters are trademarks of her novels, and their lives—outwardly ordinary and richly interior—are symbolic of the fullness, rather than the absence, that shape their days. Mildred Lathbury is a clergyman’s daughter who, now that her father has died, lives in a London flat with a shared bathroom, and works for the Society for the Care of Distressed Gentlewomen. Post-war London seems a practical and humble canvas for Mildred’s days, many of which she spends keeping her parish church well-funded through church bazaars and jumble sales. Mildred is only thirty-one, hardly too old for marriage by modern standards, but she’s one of those “excellent women,” always described as such by men—efficient, dependable, unmarried. Mildred may be unmarried, but this allows her room to observe without fading into the background. “I am not at all like Jane Eyre,” Midred says in the first chapter, “who must have given hope to so many plain women who tell their stories in the first person, nor have I ever thought of myself as being like her.” After all, Jane gets married at the end. Mildred gets a job offer and a glass of wine by the fire.

As the novel opens, Mildred introduces the idea of a spinster as being a choice, and acknowledges having the freedom to choose this identity in the first place. “I felt that I was now old enough to become fussy and spinsterish if I wanted to,” she says. She has just met her new downstairs neighbors, the Napiers, an unhappily married couple. Unhappy, perhaps, because they’re married, and neither can fully do what they want. Rocky, the husband, is charming and flirtatious with Mildred, and although Mildred is taken in at first, she suspects he had dalliances during the war with other women. Helena Napier is an anthropologist who can’t seem to keep her house tidy, something many women in the neighborhood comment on. She studies tribes in Africa and is much more interested in her research (and research partner) than any duties her husband feels she’s neglecting. And yet the two of them cannot help but worry about Mildred. They ask her what she will do once they’re gone, but Rocky seems confident about Mildred’s future. “‘Oh, she’ll marry,’” he states. “They were talking about me as if I wasn’t there,” Mildred says. Although their own marriage has caused so much strife, it’s the only reality that makes sense to them.

Women in the book seem to view marriage as a trap, whether they themselves are married or not, When the president of the Learned Society dies, the women in Mildred’s neighborhood discuss his widow’s newfound autonomy. Helena, the only married woman present, guesses the widow will be “‘happy pottering about her garden and reading novels. To be free and independent, that’s the thing.’” Another spinster remarks, “‘Well, all I can say is I’m thankful I never got myself tied up with any man.’” None of the women consider the possibility that this widow will miss her husband. Marriage is not something that sweetens a life or provides much companionship, after all, so the widow’s release from any wifely burdens is liberating.

Eventually Helena and Rocky separate—temporarily—and Mildred becomes caught up in arranging who gets what furniture, and sending news of each spouse to the other. Helena tells Mildred she can’t imagine “‘how bored and miserable’” she is away from her domestic life. But Helena isn’t a spinster, so in Pym’s world doesn’t have much choice in her own circumstances, even when she’s momentarily free from her husband. The problem was getting married in the first place. When she urges Mildred to help the couple reunite, she tells her it will be noble to bring a husband and wife back together. “I agreed that it certainly did sound noble,” Mildred narrates, “but like so many noble occupations there was something a little chilly about it.”

The source of much enthusiasm in the novel’s small social world comes with the end of the hasty engagement of the parish vicar. No one received the news of his engagement with much excitement, but its end is cause for celebration. “‘Our vicar has broken off his engagement,’” Mildred tells a friend. “‘Oh, that’s rather a good thing, isn’t it?’” the friend replies coolly. “‘Yes, I suppose it is, really,’” Mildred concedes. When she tells Rocky a little while later, his reaction is similar. “‘But that’s splendid,’” he tells Mildred, “‘now he can marry you.’” But Mildred doesn’t much want to marry the vicar, nor anyone else. It’s only the married people in her life who seem intent on pairing her off.

Unlike Jane Austen’s heroines, all of whom marry, Barbara Pym’s spinsters, including Mildred, remain happily unmarried at the end of her books. In the book’s final chapter, Mildred finds herself invited to a very pleasant dinner, more or less made for her by a man (with some help from his housekeeper). This man is Helena’s anthropology research partner, who offers Mildred a job proofing and indexing his work for him. “Was any man worth this burden?” she wonders. “Probably not, but one shouldered it bravely and cheerfully and in the end it might turn out to be not so heavy after all.” In fact, she thinks it could be almost interesting, and that she’ll certainly learn something. Because she has remained unattached, she’s beholden to no one but herself. It seems, she muses, as though she’s “going to have…‘a full life’ after all.”